Stop the War Against the Colorado River 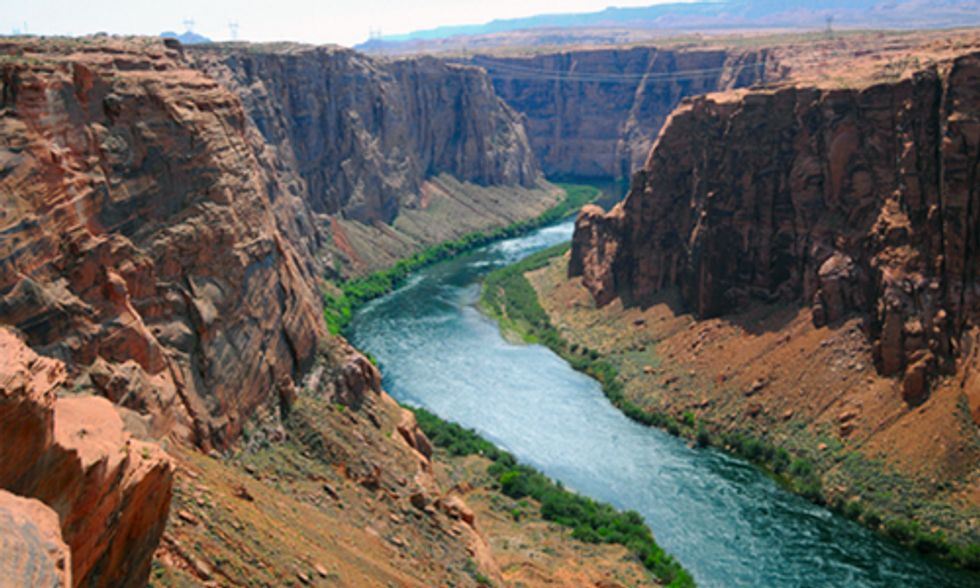 “Disarmament, with mutual honor and confidence, is a continuing imperative.” —Dwight D. Eisenhower

As we head into 2015, the health of Colorado River is at extreme risk as is the economies of states in the lower part of the river in Arizona, Nevada and California that depend on flows in the river. Drought continues in the Southwest U.S., climate change is predicted to decrease river flows an additional 10 to 30 percent, and the level of Lake Mead—the reservoir that holds water for much of Nevada, Arizona and Southern California—continues to fall with no end in sight.

The health of the river including its endangered fish and vast recreational economy cannot support more diversions, nor can Lake Mead and the water supply needs of the downstream states.
Photo credit: Shutterstock

2014 saw one important event in Colorado River management to address these issues—a historic agreement between water agencies in the three states noted above to dramatically escalate their conservation and water-sharing programs. But this won’t be enough to stave off the continually falling levels of Lake Mead. Further, and even worse, the biggest threat to the Colorado River is coming from the upstream states—Utah, Colorado, Wyoming and New Mexico are proposing to take even more water out of the river.

Specifically, in recent water planning processes in the upstream states, Colorado proposed $20 billion worth of dam and reservoir projects, Utah proposed $15 billion, Wyoming proposed “10 dams in 10 years” and New Mexico endorsed a bill-dollar water project, most of which in all four states would take even more water out of the Colorado River before it gets to Lake Mead.

We need multilateral disarmament on the Colorado River.

The health of the river including its endangered fish and vast recreational economy cannot support more diversions, nor can Lake Mead and the water supply needs of the downstream states. All told, the Colorado River has about 5 trillion gallons flowing in it in an average year. People—farms, cities, industries from Denver to Los Angeles and beyond—take out every single drop such that the river no longer reaches the Gulf of California. The upstream states may think they are legally entitled to more water out of the river, but common sense and environmental stewardship dictate otherwise.

The Colorado River is a patient in the emergency room. If the patient is bleeding out, you don't cut open a new artery to heal it, and that's what the proposed projects by the upstream states would do.

Colorado, Utah, Wyoming and New Mexico need to put their water engineers on other types of work—instead of building more dams that destroy the river, a new water ethic that focuses on conservation and river health must move forward.

Gary Wockner, PhD, is executive director of the Save The Colorado River Campaign. [email protected]