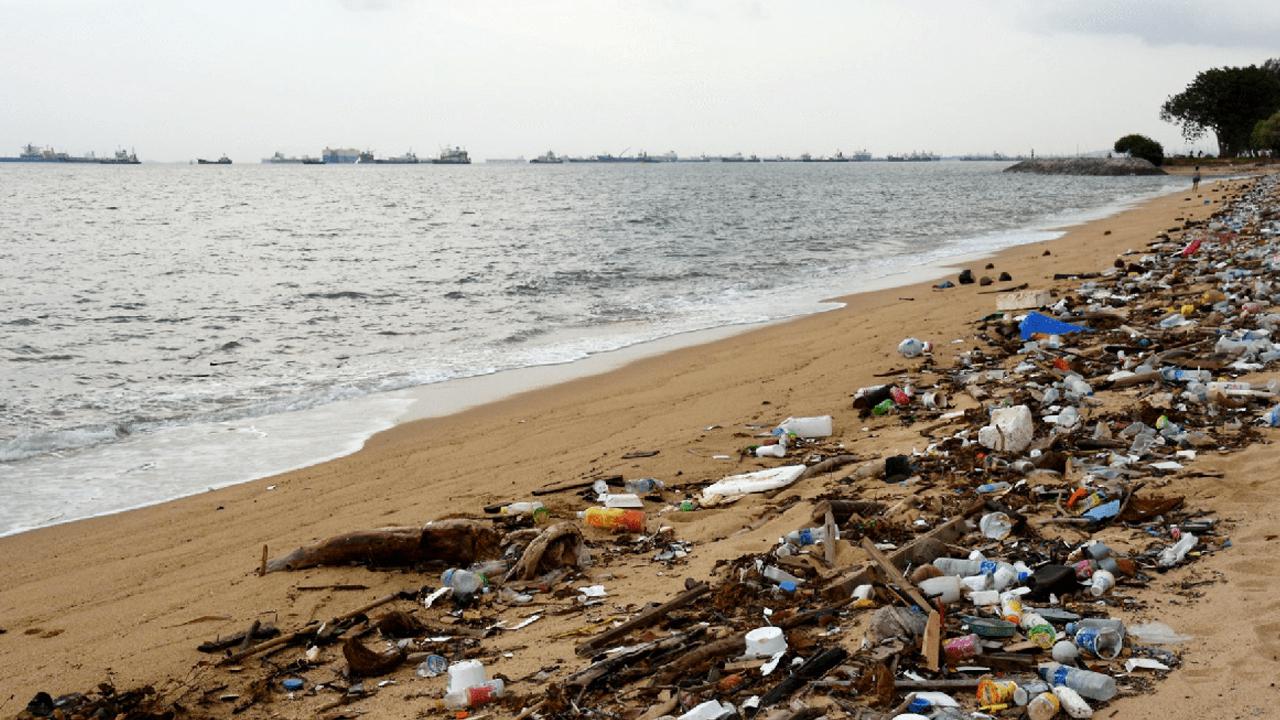 Scientists have found bits of plastic on the seafloor, thousands of feet below the ocean’s surface. Plastic debris has also washed ashore on remote islands; traveled to the top of pristine mountains; and been found inside the bodies of whales, turtles, seabirds and people, too.

Tiny plastic particles are now ubiquitous and insidious. And the mounting pollution that swirls in ocean gyres and washes ashore on beaches poses a big threat to wildlife and ecosystems. So too, does the production of that plastic.

A number of recent studies — not to mention articles and essays published here in The Revelator — have helped pinpoint just how bad things have gotten and also what we can do about the problem. Here’s what you should know about plastic:

In a September study published in Science about the growth of plastic waste, an international team of researchers estimated that 19 to 23 million metric tons — or 11% of plastic waste generated — ended up in aquatic ecosystems in 2016. And even with countries pledging to help cut waste or better manage it, the amount of plastic pollution is likely to double in the next 10 years.

A study about solutions to plastic waste, published in the same issue, attributed the plastic pollution epidemic to a rise in single-use plastic and “an expanding ‘throw-away’ culture.” The researchers also found that waste-management systems simply can’t deal with the onslaught of plastic, which is why so much of it ends up in the environment. We now know that only 9% of the plastic products we use actually get recycled.

2. The United States is a big culprit.

Plastic pollution is a global problem, but the United States plays an outsized role. In 2016 the United States was responsible for more plastic waste than any other country, a new study in Science Advances found. Some of that waste was dumped illegally within the country and some was shipped to other countries that lacked the necessary infrastructure to handle it.

“The amount of plastic waste generated in the United States estimated to enter the coastal environment in 2016 was up to five times larger than that estimated for 2010, rendering the United States’ contribution among the highest in the world,” the researchers concluded. Part of that is because the United States ranks second in exporting plastic scrap.

3. It threatens wildlife and ecosystems. 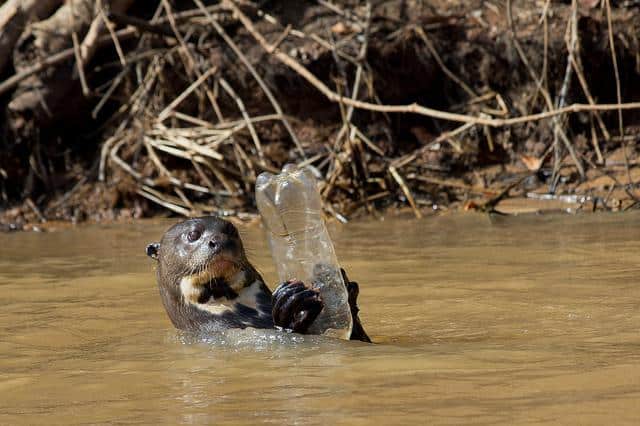 Out of sight (for Americans) is not out of mind — and definitely not out of our waterways. An estimated 700 marine species and 50 freshwater species have either ingested plastic or been entangled in it.

“If we don’t get the plastic pollution problem in the ocean under control, we threaten contaminating the entire marine food web, from phytoplankton to whales,” George Leonard, the Ocean Conservancy’s chief scientist and coauthor of the September Science study about plastic waste’s increase, told National Geographic. “And by the time the science catches up to this, perhaps definitively concluding that this is problematic, it will be too late. We will not be able to go back. That massive amount of plastic will be embedded in the ocean’s wildlife essentially forever.”

Microplastics have also been found in terrestrial animals, soil, drinking water and, not surprisingly, in our own bodies, although it’s not clear yet just how dangerous that is for people.

4. The fracking boom is producing a plastic boom.

Despite the known risks of plastic pollution and concern over its mounting presence in the environment, plastic production — driven by fossil fuels like fracked gas and its component chemicals — is on pace to increase by 40% in the next 10 years.

The American Chemistry Council boasted that shale gas drilling is driving a surge in plastic production, including the investment of more than 0 billion to fund new and expanded operations at 343 production plants in the United States.

On the ground this means more harmful pollution along the Gulf Coast’s “Cancer Alley,” where petrochemicals have been manufactured for decades in low-wealth communities of color. And it means the build-out of new facilities in Rust Belt states such as Ohio, Pennsylvania and West Virginia.

Fracking also causes harmful greenhouse gas emissions, like methane, to be released into the atmosphere — amplifying the climate crisis. The refining process and the incineration of plastic waste also further drives greenhouse emissions and hazardous pollution. 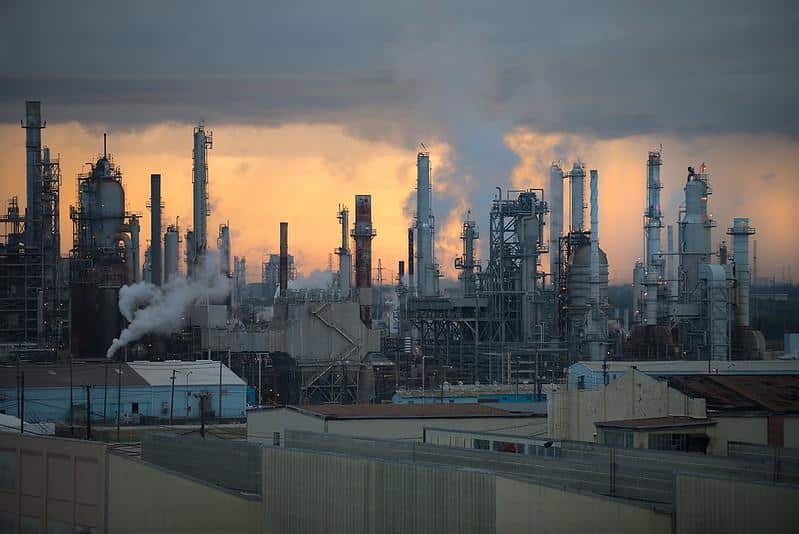 Beach cleanups tend to make headlines, but it’s a losing battle as long as petrochemical companies keep producing so much plastic and we keep using plastic for products we’re meant to toss after a single use.

The September study in Science on plastic solutions found that it’s possible to cut plastic pollution — perhaps as much as 80% by 2040 — but it will take systemic change both in reducing the amount of plastic produced and in better managing the waste stream.

Regulatory efforts can help this process, including by regulating plastic as a pollution source under the Clean Water Act.

Efforts to ban single-use plastics, as the European Union aims to do by 2021, are another positive step. So too are “circular economy laws,” which have been introduced, but not yet passed, in the United States.

These laws would halt the production of new petrochemical facilities and encourage businesses to take responsibility for the full lifecycle of the products they produce by requiring them to be reused, adequately recycled or composted.

Getting circular economy laws enacted, though, will mean enough public and political will to counter the petrochemical, fossil fuel and plastic industries.

At The Revelator, we’ll keep covering the push for solutions to the plastic problem and new science to better understand the threats. And if you want to know more about how wildlife has already been affected, what laws could help, whether industry will be held accountable and more, check out these stories from our archives:

Plastic Pollution: Could We Have Solved the Problem Nearly 50 Years Ago?

How an Old Law Is Helping Fight New Plastic Problems

Something Fishy: Toxic Plastic Pollution Is Traveling Up the Food Chain

Plastic Pollution: From Ship to Shore

Trash in the Galápagos Reveals the Dark Side of Ecotourism

The Secret Value of Trash

Junk Raft: A Journey Through a Polluted Ocean

Are Bioplastics a Better Environmental Choice?