Stop Fracking Nov. 21 to Save the Delaware 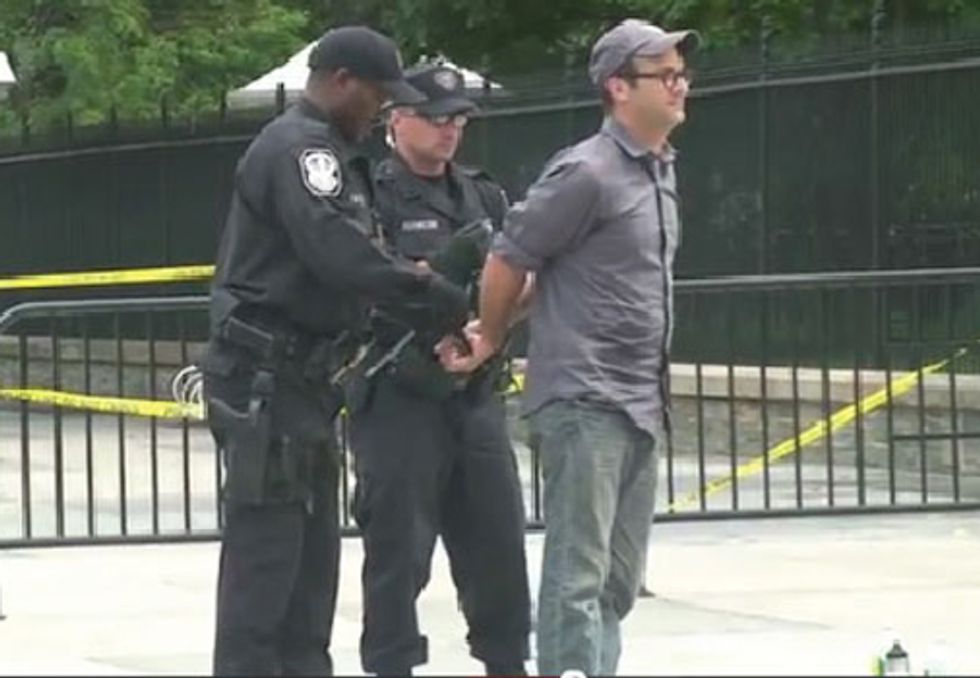 Now we can do the same to stop fracking in the Delaware River Basin.

We’re not just going to sit back and enjoy victory are we?

We are going to keep up the momentum and get ready for Nov. 21.

I was on Democracy Now! on Nov. 11—take a moment to check out the video from that appearance:

We’ve come a long way in the fight against fracking. The flaming faucets in GASLAND has been seen by upwards of 40 million people in 20 countries. Our awareness campaign has worked. A recent study shows that 4 out of 5 Americans say that they are concerned about the effect of fracking on drinking water.

Our most important stand is less than one week away.

Because this moment is so important, I made a new video, my first video addressing fracking since GASLAND. You can watch it here:

The crucial decision to frack or not to frack the Delaware is in the hands of President Obama and the Governors of Delaware and New York. We need you to take charge and push them to do the right thing.

I have travelled all over this world, in more than 30 states in the U.S., Africa, Europe, Asia and Australia and one thing is clear—fracking is not only one of the most destructive forms of extreme energy development, creating water contamination, horrific and hazardous air pollution and a health crisis, it is a world wide scourge that pushes us farther away from the renewable energy future that we need.

The Delaware River Basin Commission is an interstate body with five voting members, the Governors of New York, Pennsylvania, Delaware and New Jersey and the Obama Administration as represented by the Army Corps of Engineers. Three out of five votes will either pass or reject the plan to frack the Delaware River.

It seems clear that the Governors of New Jersey and Pennsylvania will vote to allow fracking on a huge scale in the River Basin, which is why we need all three remaining votes in order to prevail.

Like the massive actions these past few months against Tar Sands development and the Keystone XL pipeline, this decision will be a “watershed” moment for President Obama and a must win for us fighting against extreme energy development.

Not only is the Delaware River the source of drinking water for 16 million people (or 5 percent of Americans), it is a designated Wild and Scenic river, a tourist destination for 5.4 million people a year and a national treasure. The proposed plan to frack the Delaware would forever industrialize and contaminate this precious and currently pristine watershed. Twenty thousand fracked gas wells would be an industrialization that the fragile river basin would never recover from.

WE ARE ASKING YOU TO DO TWO THINGS:

2) Come join us in an amazing protest effort on Nov. 21

Call Delaware Governor Jack Markell. Delaware has been sitting on the fence on fracking. We need them clearly and unequivocally voting no. Tell him to vote no fracking on the upcoming DRBC vote. He can be reached at 518-474-8390.

AND just for a shot in the arm, here is a special statement from Bill McKibben sent to me last week:

“We’re obviously deep in the trenches in Keystone XL pipeline fight, which has galvanized the whole country. But it’s not just the pipe we’re fighting, it’s the carbon it carries. And that carbon–that extreme energy, the second round of fossil fuels now that the easy stuff is gone–doesn’t just come from tarsands. It also comes from removing mountaintops for coal, and from drilling deep under the ocean–and, urgently, from fracking. We’ve simply got to somehow slow the rush to this new and dangerous technology, which promises to overwhelm the atmosphere with global warming gases. As once before in American history, the Delaware will play a crucial role."