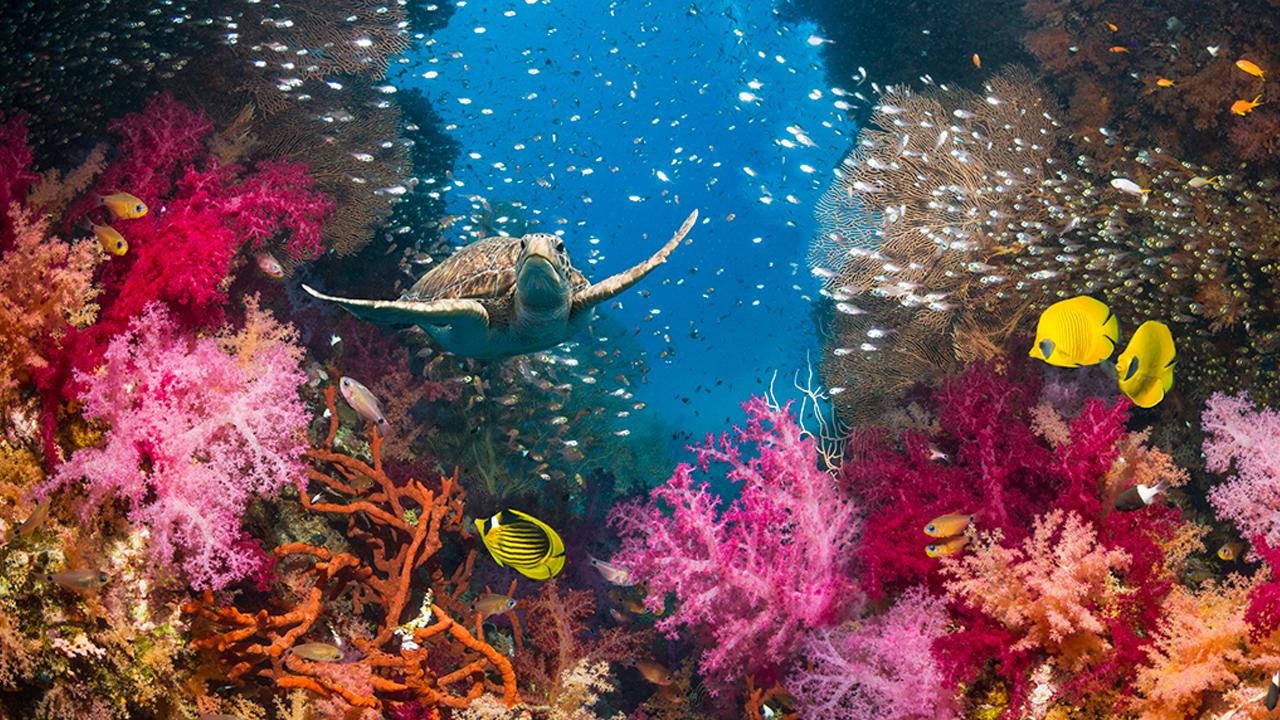 Researchers at University of Queensland in Australia used a mathematical framework called modern portfolio theory (MPT) to pinpoint the world’s 50 coral reefs or coral sanctuaries that are most likely to survive the climate crisis and be able to repopulate other reefs, absent other threats, according to a study published in Conservation Letters. MPT was developed by economist Harry Markowitz in the 1950s to aid risk-averse investors in maximizing their returns.

“It’s essentially a strategy to help us make decisions about what to protect, if we are to have corals at the end of the century,” says Professor Ove Hoegh-Guldberg, a University of Queensland climate scientist who helped lead the “50 Reefs” project, as The Guardian reported. “It is our best shot at having a long-term future for coral reefs,” he said.

Coral reefs make up less than one percent of the Earth’s surface, but, according to Smithsonian, “perhaps one-quarter of all ocean species [depend] on reefs for food and shelter.” Because of their diversity, “coral reefs are often called the rainforests of the sea.”

According to Hoegh-Guldberg in The Guardian, “Modern portfolio theory is a framework that aims to reduce risk while maximising returns. It’s treating conservation sort of as an investment opportunity.”

University of Queensland fellow Dr. Hawthorne Beyer, who uses quantitative modeling in his research in managing environmental systems, said, “Talk to people in the business world and they get it immediately. It’s a very logical idea and makes a lot of sense. Ours was the first to apply it on a global scale,” as The Guardian reported.

Dividing the world’s coral reefs into “bioclimatic units” (BCUs) of 190 miles, the scientists used 174 metrics divided into five categories, including temperature history and projections, ocean acidification, invasive species, cyclone activity and connectivity to other coral reefs for each BCU. They then produced estimates for each BCU. This process gave the scientists the widest range of future outcomes.

Some of the areas identified in the project include parts of Australia’s Great Barrier Reef, those in the Egyptian and Southern Red Sea, as well as portions of the Coral Triangle near Indonesia, Malaysia, Papua New Guinea and the Philippines, as reported by The Guardian. However, the model did not include some ecologically important areas like Hawaii and the Barrier Reef in Central America.

The project is being funded by Bloomberg Philanthropies’ Vibrant Oceans initiative, as well as others, and almost $93 million dollars has been invested.

Even if global warming was limited to 1.5°C above pre-industrial levels, which would require a dramatic reduction to almost half of global CO2 emissions by 2030 from 2010 levels, 70 to 90 percent of today’s corals would disappear.

“One of the biggest benefits of the 50 reef approach has been this compelling message that climate change is the critical threat to coral reefs and this is an approach that can give reefs a fighting chance,” said Emily Darling, Wildlife Conservation Society (WCS) director of coral reef conservation, as reported by The Guardian.

Darling expressed that it was beneficial to have a clear idea of where to best focus their conservation efforts. The WCS has $18 million to fund work on 21 of the 50 reefs in 11 countries.