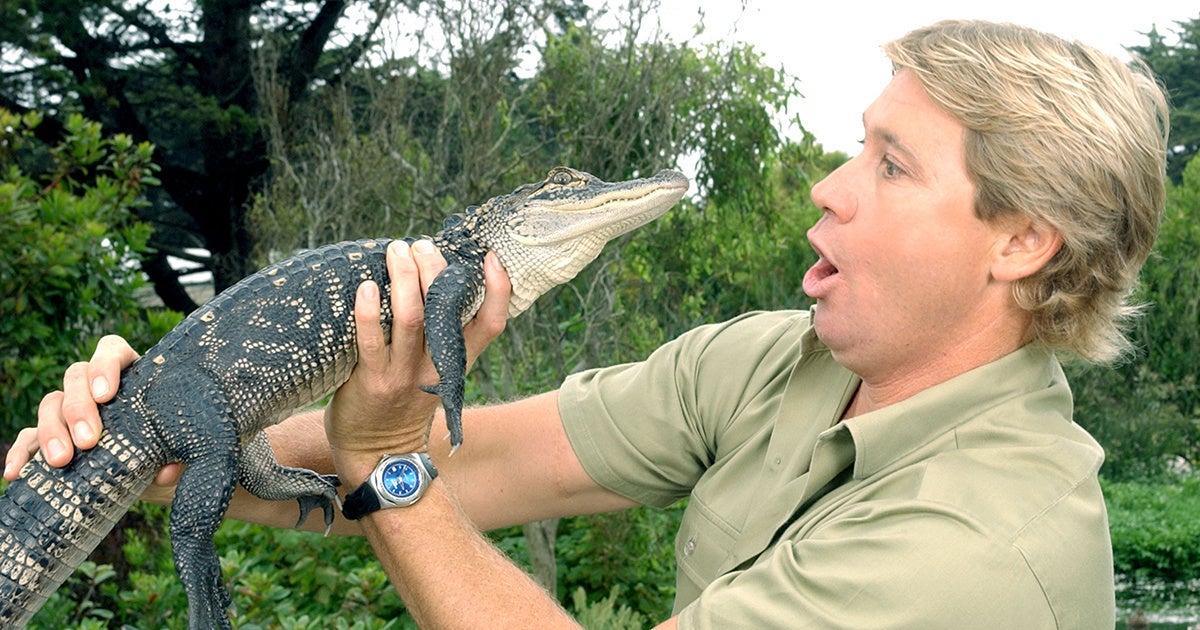 February 22 is the birthday of conservationist and beloved TV personality “Crocodile Hunter” Steve Irwin, who would have been 57 years old today.

Irwin’s life was tragically cut short when the barb from a stingray went through his chest while he was filming in 2006, but his legacy of loving and protecting wildlife lives on, most recently in a Google Doodle today honoring his birthday.

Crikey! Today's #GoogleDoodle in Australia, NZ and around the world celebrates Steve Irwin and his legacy. Follow Steve's journey as a zookeeper, conservationist and father → https://t.co/JfT7Kc5SIN @AustraliaZoo 🐊❤️ pic.twitter.com/qJZ3RRkbne

“Today’s Google Doodle acknowledges the life and achievements of my husband Steve Irwin, whose efforts to protect wildlife and wild places have been recognised as the most extensive of any conservationist,” his wife Dr. Terri Irwin wrote in a guest blog post for Google. “We are so proud that his legacy lives on, as that was his greatest wish. He once said, ‘I don’t care if I’m remembered, as long as my message is remembered.'”

The doodle shows images of Irwin interacting with his beloved crocodiles and spending time with his wife Terri and their children Bindi and Robert. The last image shows Terri, Bindi and Robert continuing to run the Australia Zoo that the couple had expanded from the small, roadside Beerwah Reptile Park opened by Irwin’s parents in the 1970s.

Irwin was born in 1962 in Upper Fern Tree Gully, Victoria, Australia but spent most of his childhood and adolescence in Queensland, where he learned to care for wildlife at his parents’ park. Terri met him in 1991 when she went to visit the park and was impressed by Irwin’s passion for the crocodiles, who he fed from inside their enclosures.

In the blog post, Terri paints a picture of a couple equally devoted to wildlife and each other. She shares the dramatic story of how the couple’s famous Crocodile Hunter show was born immediately following their wedding:

“Steve and I married in June 1992 in my grandmother’s church in Eugene, Oregon. Afterward, we received a phone call about a poacher trying to kill a large crocodile in North Queensland, so instead of a honeymoon, Steve and I went to Australia to save the croc before the bad guys got him. We invited a film crew to come along and document our efforts. Although we didn’t arrive in time to save the crocodile, we did save his mate. She was a beautiful girl, not quite 10 feet long. We didn’t know it at the time, but this would turn out to be the very first episode of “The Crocodile Hunter” and the beginning of a 14-year adventure, filming in locations across Australia and around the world.”

Some criticized the Crocodile Hunter show for relying too heavily on stunts, Vox noted, including one scene in which Irwin fed a crocodile while holding his baby son. Irwin was also investigated, but never charged, for filming too close to humpback whales and penguins.

However, his conservation efforts were both sincere and impressive. His Wildlife Warriors, still run by Terri, purchased hundreds of square miles to protect wildlife and now works to save animals like Sumatran tigers, koalas and Cambodian elephants. The Australia Zoo now protects 1,200 animals on almost 1,000 acres, and includes a Wildlife Hospital that has treated 82,000 animals it has later returned to their natural habitats, Terri said in her blog post.

“My job, my mission, the reason I’ve been put onto this planet, is to save wildlife,” Irwin said, according to Vox. Clearly, Google thinks that’s a mission worth honoring.