Steroids Can Save the Lives of Severely Ill COVID Patients, Several Trials Confirm 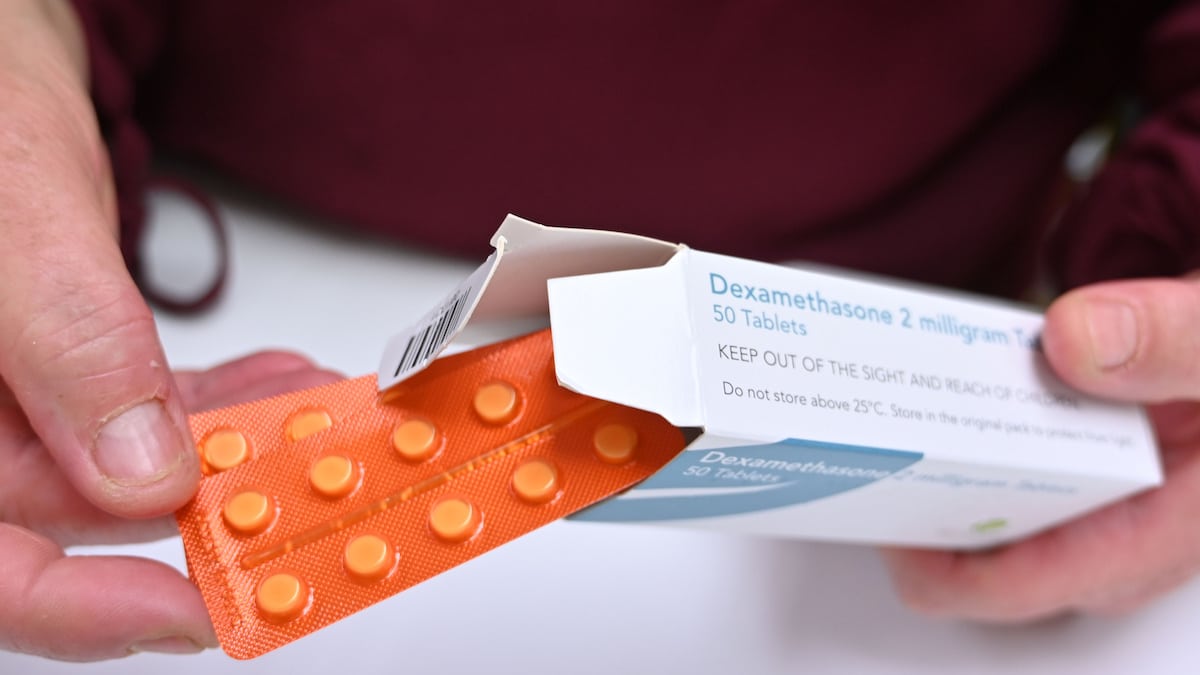 Several studies have confirmed that steroids like dexamethasone can save the lives of patients seriously ill with coronavirus. JUSTIN TALLIS / AFP via Getty Images

Cheap and widely available steroids can save the lives of seriously ill coronavirus patients, a review of several trials confirmed.

The review, published in the Journal of the American Medical Association (JAMA) Wednesday, builds on the promise of a June study that found that the steroid dexamethasone reduced the risk of death for COVID-19 patients on ventilators or oxygen.

“I had a big smile on my face when I saw the results,” Dr. Derek C. Angus, analysis coauthor and chair of the department of critical care medicine at the University of Pittsburgh, told The New York Times. “This is a case of, ‘A question asked, a question answered,’ and that’s so rare.”

Steroids cut death rates among critically ill #coronavirus patients, according to a new @WHO analysis, which found that treatment with cheap corticosteroids 💊 reduces the risk of dying from #COVID19 by one-third.

The findings prompted the World Health Organization (WHO) to update its clinical care guidance Wednesday to recommend corticosteroids for severely or critically ill COVID-19 patients. The organization began work on the guidance in June, following the initial dexamethasone study, and helped with the subsequent trials.

“The evidence shows that if you give corticosteroids … (there are) 87 fewer deaths per 1,000 patients,” WHO clinical care lead Janet Diaz said during a live social media event, as Reuters reported. “Those are lives … saved.”

The metaanalysis was based on seven randomized trials involving 1,703 patients that were conducted by researchers in Britain, Brazil, Canada, China, France, Spain and the United States. In addition to dexamethasone, the trials also looked at the impacts of the steroids hydrocortisone and methylprednisolone.

All told, the steroids reduced death risk in seriously ill patients by 20 percent, the meta-analysis found. The New York Times offered a treatment-by-treatment breakdown of the results:

Doctors use steroids to suppress the immune system to reduce inflammation, swelling and pain. Researchers thought the drugs might help coronavirus patients because many people die of the immune system’s overreaction to the virus, not the virus itself. However, there were also risks to consider.

“In intensive care we often use steroids to treat inflammatory conditions and severe infections,” Imperial College London professor and hydrocortisone trial leader Anthony Gordon told The Guardian. “But we know they can also suppress the immune system, and with a new virus that none of us were immune to, that could make things worse.”

Luckily, the steroids made things better. They are already being widely used, Oxford University medicine professor Martin Landray, who helped with the initial June study, told The Guardian. The number of hospital patients treated with dexamethasone rose from around seven to eight percent in May to around 55 percent by the end of June.

“This is not a drug that costs ,000 to reduce a hospital stay by a few days,” Landray said. “This is not anywhere near the sorts of costs in many, many other areas of acute and preventive medicine. So this is a widely available, widely useful strategy. I mean, treating people with dexamethasone is, give or take, 60 quid to save a life.”

In its guidance, the WHO noted that it only recommended steroids for severely or critically ill cases.

“We suggest not to use corticosteroids in the treatment of patients with non-severe COVID-19 as the treatment brought no benefits, and could even prove harmful,” the agency wrote.