Stephen Hawking: ‘We Are Close to Tipping Point Where Global Warming Becomes Irreversible’ 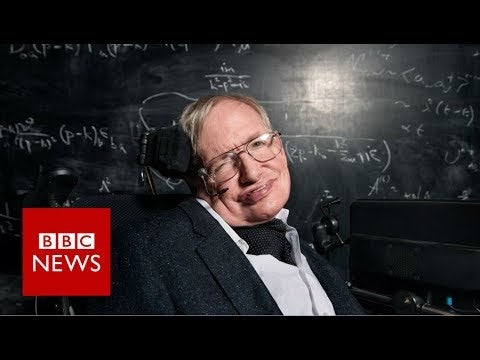 Stephen Hawking delivered another round of condemnation over President Donald Trump‘s decision to withdraw the U.S. from the Paris climate agreement.

“We are close to the tipping point where
global warming becomes irreversible,” the famed theoretical physicist said. “Trump’s action could push the Earth over the brink, to become like Venus, with a temperature of two hundred and fifty degrees, and raining sulphuric acid,” he told BBC News.

The University of Cambridge professor made these remarks during his recent interview with
BBC News on the occasion of his 75th birthday.

“Climate change is one of the great dangers we face, and it’s one we can prevent if we act now,” he said. “By denying the evidence for climate change, and pulling out of the Paris Climate Agreement, Donald Trump will cause avoidable environmental damage to our beautiful planet, endangering the natural world, for us and our children.”

When asked whether humanity could ever solve our environmental and social problems, the professor was cynical and
advocated space travel to ensure the survival of our species.

“I fear evolution has inbuilt greed and aggression to the human genome,” he said. “There is no sign of conflict lessening, and the development of militarized technology and weapons of mass destruction could make that disastrous. The best hope for the survival of the human race might be independent colonies in space.”