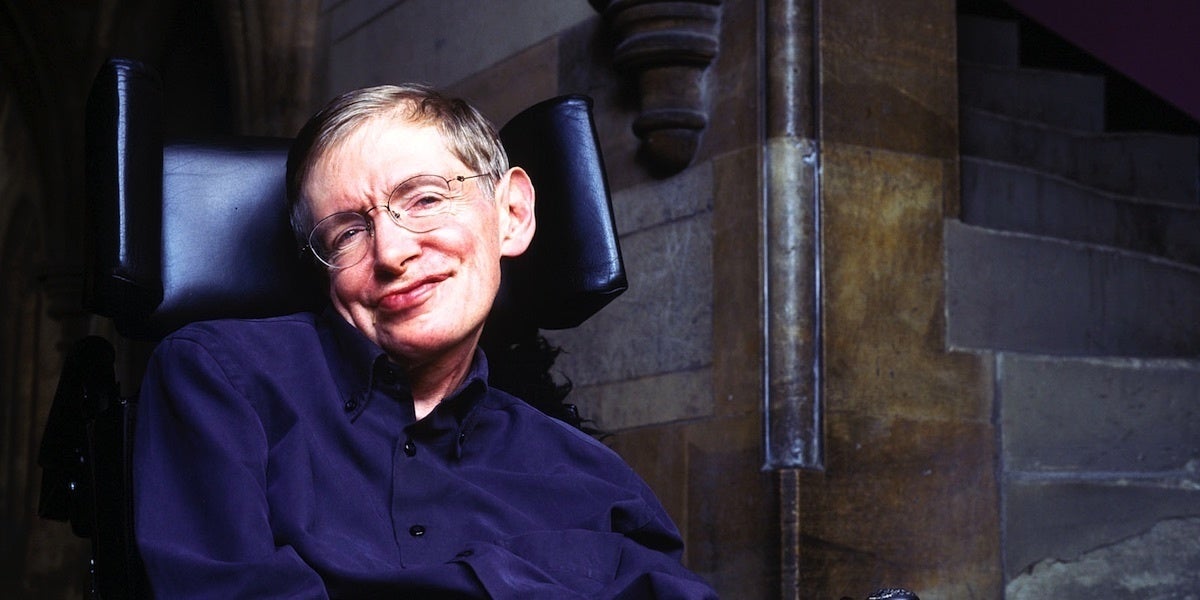 Stephen Hawking, one of the greatest minds on Earth, died peacefully at his home in Cambridge on Wednesday at the age of 76.

As well as being a renowned physicist whose groundbreaking theories helped us understand the complexities of space, time and the universe, the British professor also taught us about our home planet.

In his last years, Hawking used his platform to warn that human activity is causing irreversible planetary damage and that we must take action to halt climate change.

“Climate change is one of the great dangers we face, and it’s one we can prevent,” Hawking said in May.

Hawking frequently denounced climate change deniers, and even offered to pay their trip to Venus to illustrate the impact of greenhouse gases on a habitable planet. The global thinker also warned that the Brexit vote would damage scientific research in Britain and criticized President Donald Trump‘s decision to withdraw the U.S. from the Paris agreement.

“I am not denying the importance of fighting climate change and global warming, unlike Donald Trump, who may just have taken the most serious, and wrong, decision on climate change this world has seen,” Hawking said last year about the Paris withdrawal.

In a 2016 lecture, he predicted that humanity has only 1,000 years left on Earth and we must find another planet to live on.

“[W]e must … continue to go into space for the future of humanity,” Hawking said. “I don’t think we will survive another 1,000 years without escaping beyond our fragile planet.”

According to Hawking, Earth and its inhabitants could soon be doomed. But, as he wrote in 2016, he’s actually an “enormous optimist” for our future—that is, if we can learn to work together.

“Perhaps in a few hundred years, we will have established human colonies amid the stars, but right now we only have one planet, and we need to work together to protect it,” he wrote. “To do that, we need to break down, not build up, barriers within and between nations.”

“We can do this, I am an enormous optimist for my species; but it will require the elites, from London to Harvard, from Cambridge to Hollywood, to learn the lessons of the past year. To learn above all a measure of humility.”

Hawking died from complications of Lou Gehrig’s disease, which he suffered from since he was 20.