Stephen Colbert to Donald Trump: 'There Is Zero Chance' You'll Be President 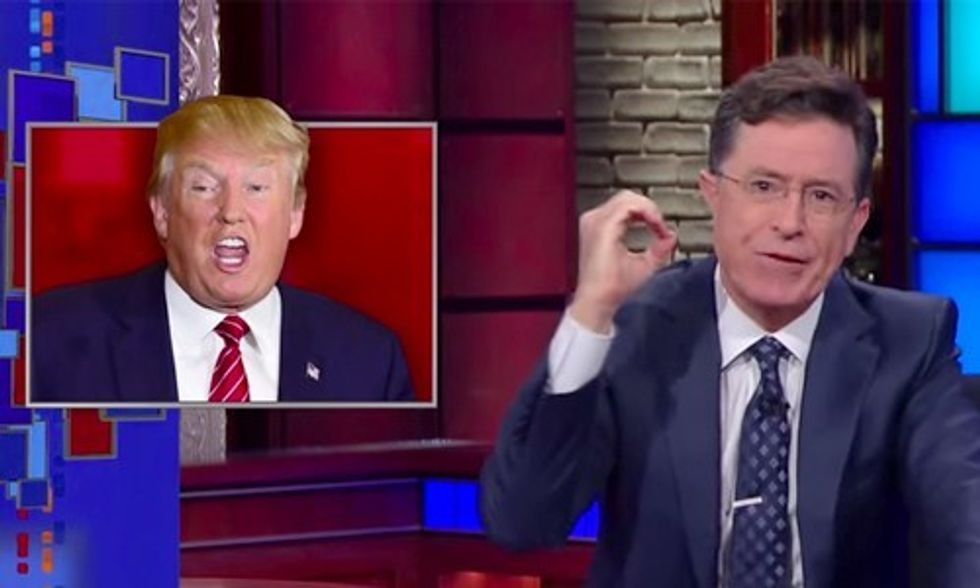 On Friday night on the Late Show, Stephen Colbert spoke with incredible eloquence about the "senseless tragedy" of yet another mass shooting in the U.S. "Pretending is part of the problem," says Colbert. "These things happen over and over again, and we're naturally horrified and shocked when we hear about them. But then we change nothing and we pretend that it won't happen again."

Colbert admits he's not sure exactly what we need to do to address the problem, but says he does know this: "One of the definitions of insanity is changing nothing and then pretending that something will change."

Colbert then segues into talking about Donald Trump by saying, "speaking of honest insanity ... Donald Trump. And I do think he's honest in his own way. He's honestly an egomaniacal billionaire."

Watch here to find out the latest on what Colbert has to say about The Donald: