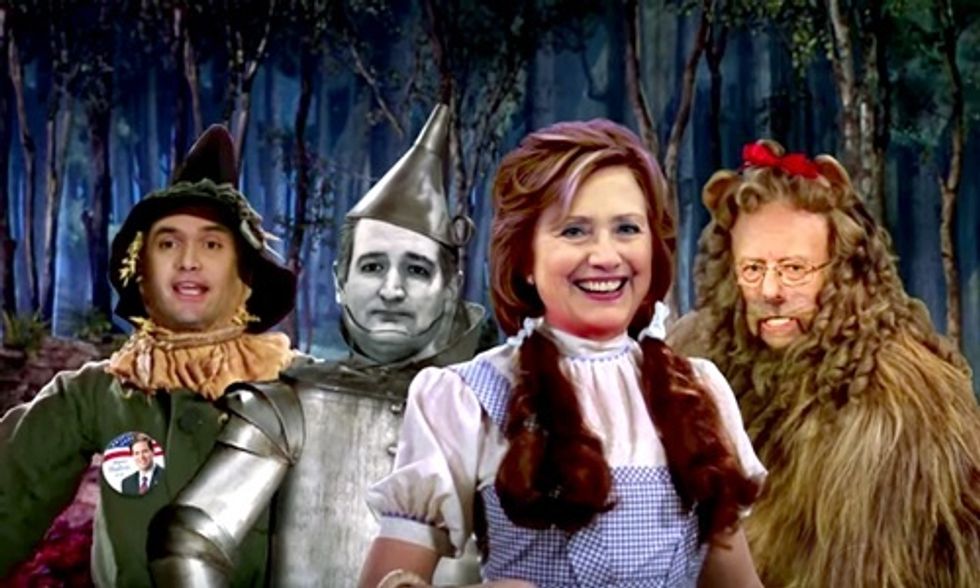 It was a big weekend in presidential politics and while eight candidates remain in this race, it looks as though a few more will drop out after the next big round—Super Tuesday. Stephen Colbert, host of The Late Show, had plenty to say about the results on the show Monday night.

"This is the road to the White House," Colbert announced. "[And] once the votes were counted in the Nevada, many were asking, could Hillary Clinton recover from such a debilitating victory." Clinton barely beat Bernie Sanders, but left Nevada with roughly the same number of delegates as him. "Yes, just like in the Super Bowl when the victorious Carolina Panthers left with roughly the same number of points as Denver," compared Colbert.

On Saturday, the Republicans also had their primary in South Carolina. Donald Trump has been the predicted winner for weeks. Although many in the media weren't celebrating Trump's big win as much as he was. The GOP establishment was hoping second-place winner Marco Rubio would eventually be the Republican nominee. And, while Ted Cruz came in third, he claimed that he and Rubio actually tied for second.

"This primary had more winners than a little league awards banquet, [but] possibly the biggest winner was the man who won, Donald Trump," Colbert said. "So now, the obvious question is 'will he ever not win?' Yes, Trump is unstoppable, like Godzilla with less foreign policy experience! I'll admit, I just thought he was doing it to promote his reality show or sell more steaks, it never occurred to me that his end game was to be president!"