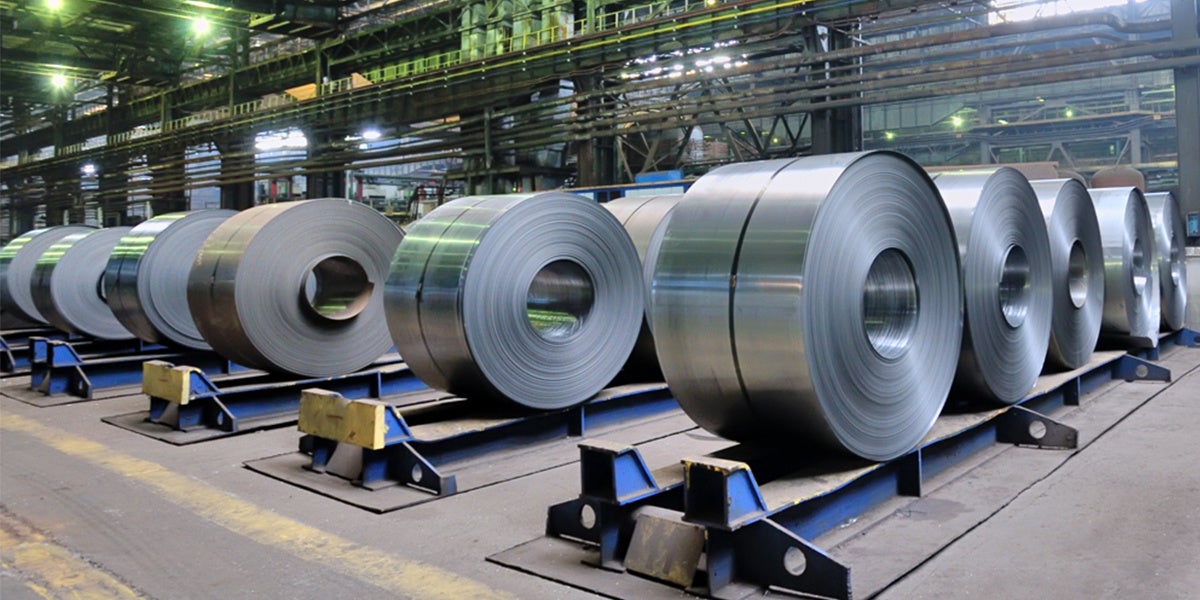 President Trump‘s proposed steel and aluminum tariffs have reopened a confusing debate about trade, made harder to follow by the incoherence of the president’s approach. But it’s a debate we need to have, and clarify, because along with its incoherence, Trump’s proposal correctly challenges the establishment wisdom that the current international trade framework is, broadly, the best the U.S. could hope for.

Begin with the incoherence. Trump is levying these tariffs because he thinks—rightly—China is gaming the trade system and hurting American manufacturing by exporting far more to the world (not only the U.S.) than it buys. But Trump plans to levy the tariffs not only on Chinese steel, but on countries like Canada which are not cheating and which run trade surpluses with the U.S. Steel Workers President Leo Gerard, who understandably favors help for U.S. steel and aluminum, has said he doesn’t want Trump to go after Canada and other countries that play by the rules.

And Trump is not planning tariffs on goods manufactured abroad with cut-rate steel or aluminum—from automobiles to construction steel to beverage cans. So prices will go up for U.S. manufacturers who rely heavily on steel and aluminum, but actually go down for their foreign competitors, likely hurting more U.S. manufacturing jobs among steel-using companies than will be created among steel-making ones.

It’s a mess. The mess comes partly from Trump’s attitude that trade agreements are fundamentally win-lose power struggles. But at its core is the refusal of current agreements like the WTO and NAFTA to take into account the incentives and price signals they send up and down the global supply chain.

Trump is performing a valuable service by raising the issue and forcing the establishment to confront it.

As pro-trade economists like Paul Krugman have pointed out, just as it makes sense to import sugar from warm tropical countries where it grows well, it makes sense to import aluminum, whose main production cost is electricity, from Canada which has abundant hydropower and a small population needing electricity. But it doesn’t make sense to encourage countries like China to recklessly mine raw iron ore, aluminum, and coal, using quasi-forced labor, then smelt it in wasteful, inefficient mills, all the while ignoring basic air and water pollution controls, to produce steel or aluminum for export. We then give those seemingly cheap metals unlimited access to the U.S. market, penalizing U.S. companies that have to pay reasonable wages and spend substantial sums cleaning up their pollution. The pollution emitted by these processes doesn’t stay in the country where it occurs; the carbon dioxide disrupts the global climate, costing everyone; the forced labor is, in effect, a massive, cruel form of modern slavery.

What’s needed is a complete overhaul of the global trading system, so that instead of encouraging a race to the bottom—lower wages, more dangerous working conditions, higher levels of pollution, escalating risks from climate change—trading rules instead encourage countries to use better technology, higher standards, fair sharing of profits with workers, so that trade does, indeed, deliver on its promise to lift all boats.

One important piece of this puzzle is climate. The “carbon loophole” refers to the fact that, so far, efforts by industrial nations to reduce their climate impact have combined two very different strategies. First, countries like Denmark and Germany, now China, and some states in the U.S., have begun replacing dirty fossil technologies with clean, efficient, and renewable sources of energy and transportation. These innovations are what we need much more of to avoid climate disaster.

But in some cases countries simply lowered their apparent rate of greenhouse pollution by taking pollution-intensive parts of their economy, like making steel, and shipping them overseas. So when steel that used to be made in California is now made in China, the greenhouse pollution actually goes up, because Chinese steel mills are less efficient than those in the U.S. (European mills are better yet.) (Not only carbon pollution increases, but also ozone and sulfur that poison our lungs—and those become not only the infamous Beijing deadly air, but actually drift across the Pacific and increase lung disease on the West Coast.) Data suggests that a significant part of Europe’s “climate progress” has actually been pollution “exported” through this carbon loophole.

How to fix this? Yale Economist William Nordhaus suggested the creation of a “Climate Club” in which countries committed to reducing greenhouse pollution levied a common tax on the carbon pollution embedded in goods made in their economies like aluminum, steel and cement, whether in raw form or embodied in cars, concrete and beer cans. Trade in carbon-intensive goods among these countries with a common carbon tax would flow as usual. But countries that refused to levy an equivalent carbon tax would see it collected on their goods at the customs dock. If, say, the EU joined a Climate Club of countries which levied a $40/ton tax on carbon dioxide emissions, and Donald Trump’s administration refused to join the Club, when American steel beams were shipped to the EU, the Europeans could collect the carbon taxes Trump had refused to levy, eliminating the subsidy and leveling the playing field between American and Polish steel.

Europe has an emission trading system (ETS) which could serve as the model for such a Climate Club, and Europe is a likely leader in proposing such an idea—France has periodically floated the notion! (Europe’s current ETS however, allows industries like steel, aluminum and cement free permits to emit carbon emissions, as an alternative to giving foreign competitors an advantage. Europe would have to decide to tax the carbon in all steel, instead of, as at present, eliminating the carbon fee on all steel.)

But it’s possible that the desire to retaliate against Trump’s crude and heavy-handed trade saber rattling might provoke the Europeans and other countries to take a major step forward towards improving both the global trading system and the effectiveness of the Paris climate agreement. A Climate Club doesn’t need universal agreement by hundreds of countries—if Japan, the EU, Canada, Australia, Mexico and Korea were to join, the impact on global trade—and the climate—could be enormous. And anger at Trump might even bring unlikely first-movers like India and Brazil to the table.

Such clubs for trade would not solve the full array of problems with the WTO and NAFTA. What is needed is a more comprehensive definition of disallowed subsidies, a recognition that manufacturing processes and labor standards have global, not just local, impacts, and probably mechanisms to discourage countries from accruing unwarranted and persistent trade surpluses with the rest of the world. But in the specific context of tariffs on steel and aluminum, a Climate Club might constitute a major breakthrough, and a better alternative to a trade war.