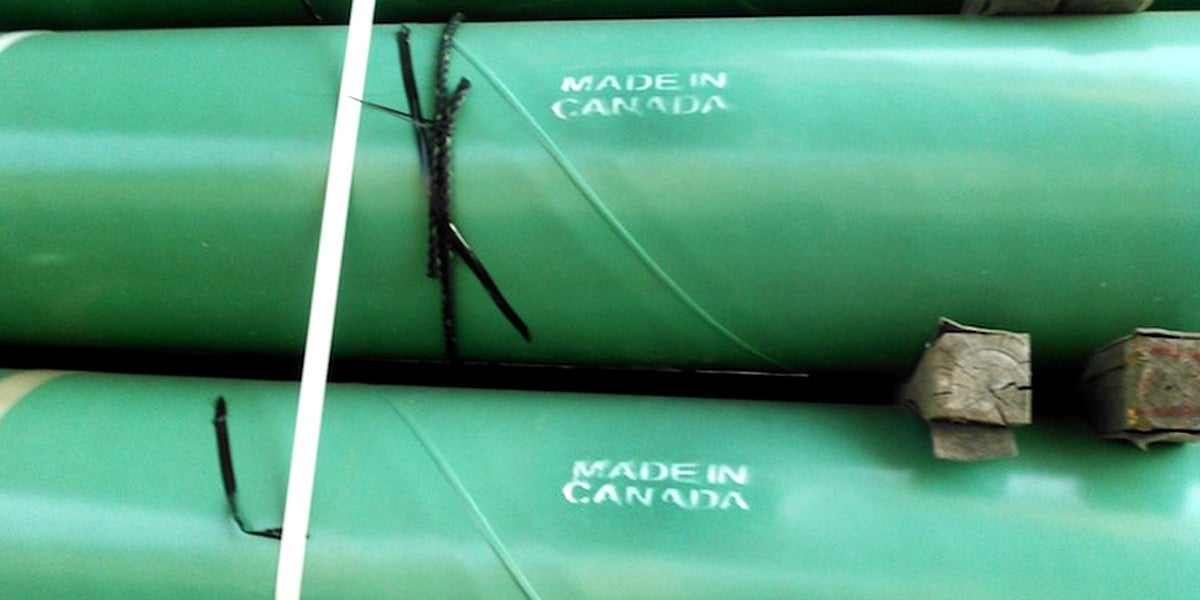 Trump also cited a different executive order signed that same day, highlighting the “Buy American measures” which he said were “in place to require American steel for American pipelines.” But like Keystone XL, as DeSmog previously reported, much of the steel for the Dakota Access project appears to have been manufactured in Canada by Evraz North America, a subsidiary of the Russian steel giant Evraz.

Evraz is owned in part by Roman Abramovich, a Russian multi-billionaire credited for bringing Russian President Vladimir Putin into office in the late 1990s. DeSmog’s finding comes on the heels of Trump’s former National Security Adviser Michael Flynn resigning for potentially having discussed U.S. sanctions against Russia with Russian diplomats before Trump took office, apparently without the knowledge of Trump or now-Vice President Mike Pence.

https://twitter.com/EcoWatch/status/831526834026188805 pipe,’ as is stated on our website,” Christian Messmacher, vice president of Investor Relations and Strategy for Evraz North America, told DeSmog.

Similar to Keystone XL, the steel production for the Dakota Access pipeline was a done deal long ago, well before the pipeline got all the permits it needed.

“Energy Transfer Partners was so eager to build the pipeline that it began staging mountainous piles of steel pipe across the four-state route before it had gotten all necessary easements and regulatory approval from federal regulators, as well as those in North Dakota, South Dakota, Iowa and Illinois,” a local Fox affiliate explained.

In the case of Dakota Access, nearly all of the pipeline already sits underground, other than the most contentious segment, which could soon go under Lake Oahe and the Missouri River located near the Standing Rock Sioux Tribe’s land in North Dakota. That segment consists of 0.02 percent of the line, according to Energy Transfer Partners.

Though many in leaders of the U.S. labor movement, including professional pipeliners, have praised Trump’s jobs initiatives, some within labor aren’t as elated and are more critical of Trump’s claims about creating U.S. steel jobs.

“American workers need jobs,” Jeremy Brecher, co-founder of the Labor Network for Sustainability, told DeSmog. “It is unconscionable that fossil fuel companies and Donald Trump exploit that need by making phony claims to be creating jobs—all to persuade us to support projects that will poison our air and water and make our planet unlivable for our kids. It’s time to get serious about creating jobs that protect our environment rather than destroying it.”