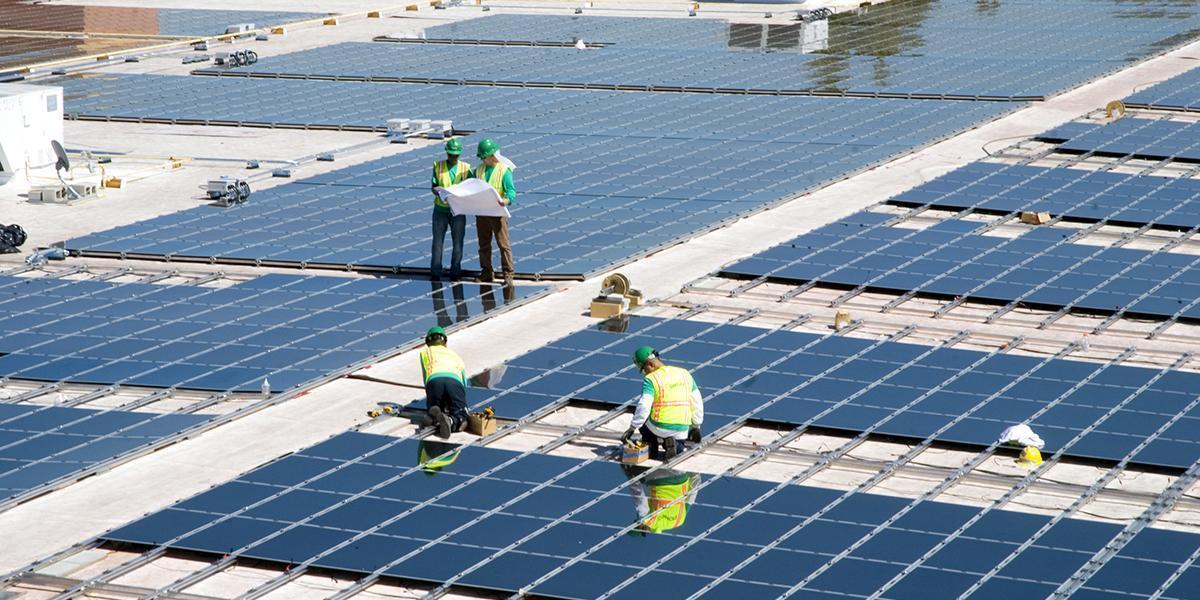 The solar, wind and energy efficiency industries already employ millions of people in the U.S. and they’re poised to grow.

Solar and wind are among the most dynamic industries in the nation. In 2016, solar employment expanded 17 times faster than the overall economy. Wind turbine technicians are expected to be the fastest-growing occupation over the next 10 years.

America’s clean energy jobs are spread out far and wide. Below, see if you can find your state in the top 10 for solar, wind and energy efficiency employment: 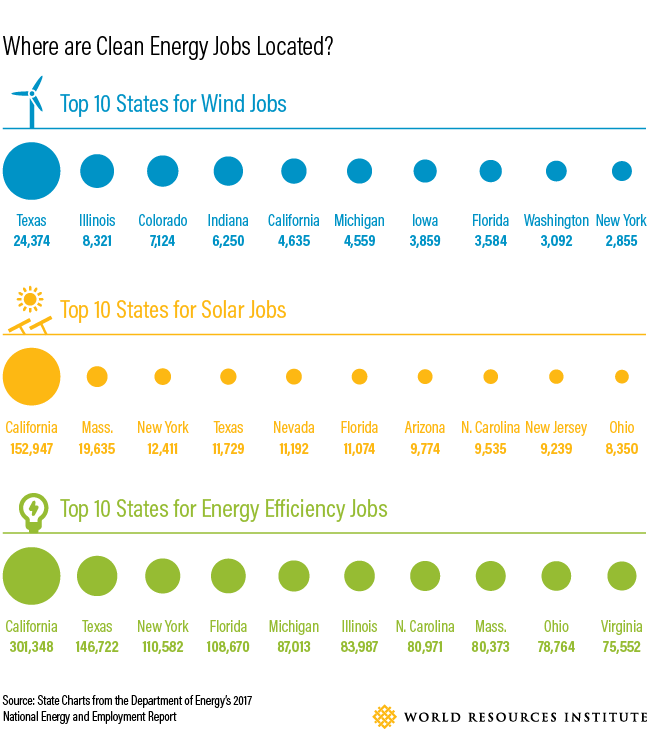 A Closer Look at the Top States for Clean Energy Development

Of course, it’s easier for Texas and California to be at the top of the list because they have such large populations. But what about the concentration of clean energy jobs as a proportion of total state employment?

It’s not just in electricity, either. The share of the auto industry working with alternative fuels and fuel-efficient vehicles is growing as well. Of the 2.4 million workers in the industry in early 2016, more than 259,000 worked with alternative-fuel vehicles (including natural gas, hybrids, plug-in hybrids, all electric and hydrogen fuel cell vehicles) and at least 710,000 workers were focused on improving fuel economy or transitioning to alternative fuels.

It’s clear that clean energy is driving job growth across the U.S. creating new economic opportunities and cutting across party lines. The question now is: Will the clean energy revolution continue under the Trump administration?