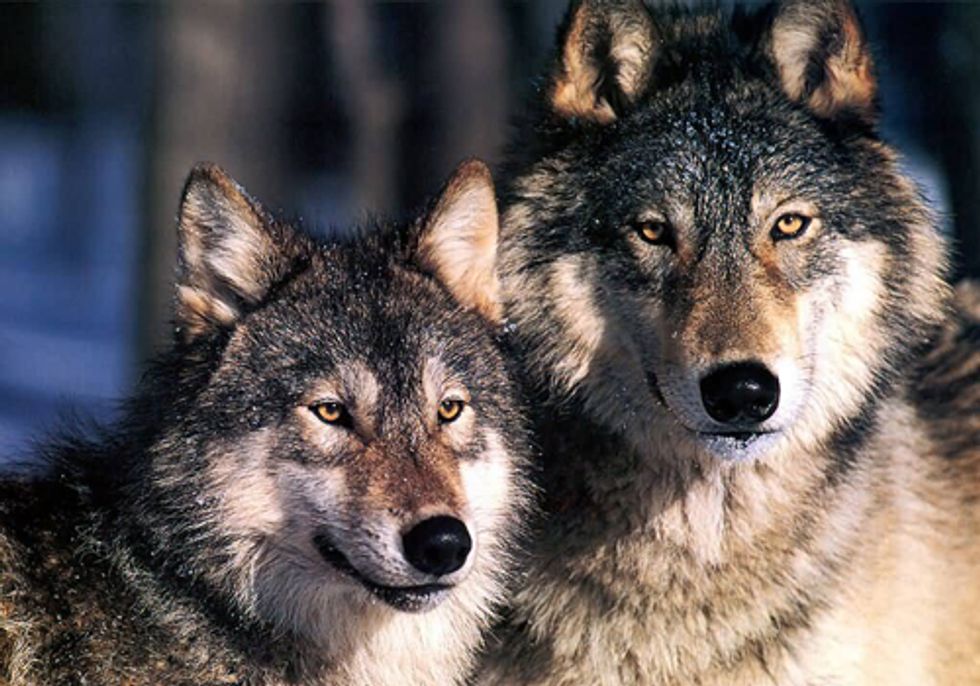 Idaho and Montana are selling wolf tags far below market value, depriving residents of state revenue, and disrespecting these majestic animals, declared WildEarth Guardians, a conservation organization that has thrice challenged the removal of federal protections for the Northern Rocky Mountains population. Given their rarity and the huge demand for wolf-hunting tags, states should honor wolves' conservation and only offer exclusive tag prices commensurate with their ecological import. An estimated 1,170 wolves lived in Idaho and Montana before the wolf hunts began last August.

“In South Africa, trophy hunters pay ten thousand dollars to hunt a leopard, a species that is about as rare as mountain lions in the West," stated Wendy Keefover. “Instead of valuing and conserving wolves, or lions or bears for that matter, Idaho and Montana have given away hunting tags like party favors," she added.

Wolf tags are so devalued in Idaho, for instance, that it is twice as expensive to hunt pheasant, which are priced at $23.75 per tag. Pheasant, an Asian exotic, add little if any ecological value to the Northern Rockies' ecosystem, compared to wolves' enormously-documented, top-down effects.

“Wolves are priced to kill in Idaho and Montana," said Mark Salvo. “Federal taxpayers paid to reintroduce wolves in the West, paid for innumerable studies on their behavior and ecological influences, and continue to pay for their recovery across the region, and now these two states are squandering wolves and the benefits they provide to the ecosystem," he added.

While charging a pittance for wolf tags, Idaho and Montana demand substantial fees for species they consider as trophy animals—bighorn sheep, moose and mountain goats:

The majority of Americans surveyed want to see wolves conserved. Wolf-watching in the Northern Rockies by 94,000 visitors generated $35.5 million in economic activity in 2005. In comparison, Idaho and Montana have derived only $881,160 in revenues from wolf tags (although hunters have likely also generated a few million dollars in associated economic activity).

“Given the price point set for wolf tags, it is clear that Idaho and Montana have cheapened the wolf-hunting experience and demonstrated they are uninterested in managing wolves for the public interest. The insignificant fees sharply undervalues these rare, wonderful beings and insults the vast majority of Americans who do not want to see wolves hunted at all," Keefover added.

The U.S. Fish and Wildlife Service estimates that Idaho is home to 705 wolves (although the state claims it has 1,000 wolves). Idaho has neither set limits on the number of licenses it intends to issue to hunters and trappers, nor restricted the number of wolves that may be killed (although the state intends to maintain a population above the federally-mandated minimum of 150 wolves). Hunting seasons began August 30, 2011, and extends until March 2012, making pups vulnerable to starvation and death if adult pack members, particularly the alpha pair, are killed. Residents pay just $11.50 for a wolf-hunting license, while non-residents pay $31.75. To date, Idaho has sold 35,339 wolf tags.

More than 300 wolves have been killed by hunters and trappers in Montana and Idaho in 2011-12.

Wolves, considered coursing carnivores, chase their prey over long distances. They select for vulnerable animals (aged, sick, injured), which can improve the health of prey populations such as elk. Wolves increase biological diversity where they occur. By preventing elk from loitering on meadows and fragile stream systems, wolves indirectly benefit a host of species such as beavers, songbirds, herons and moose that are unable to compete with elk for forage. Wolves also regulate the effects of medium-sized carnivores. In the Yellowstone ecosystem, for instance, wolves have significantly reduced the coyote population, which, in turn, increased the number of pronghorn in the area. Wolves even effect soil nutrients. Soil microbes and plant quality increase in the presence of wolves because decomposing carcasses enrich soils.

The majority of Americans surveyed want to see wolves conserved. Taxpayers and private donors have funded the wolf recovery program in the Northern Rocky Mountains since 1995. Moreover, wolf-watching tourism by 94,000 visitors to the Northern Rockies in 2005 generated $35.5 million in one year. According to the U.S. Fish and Wildlife Service (2006), 197,000 hunters spent $310,540,000 in 2005, while the total number of wildlife watchers equaled a whopping 755,000. Wildlife watchers spent $376,451,000 or 21 percent more than hunters.

Taxpayers have also funded research, including Yellowstone National Park's wolf project in the amount of $480,000 over a 5-year period. In 2009, hunters shot six members the Cottonwood Pack on the northern border of the park. Two wolves had radio collars that cost $1,500 per wolf. The pack was destroyed and so the long-term research project abruptly ended (95 percent of the Cottonwood Pack's territory was in the Park).