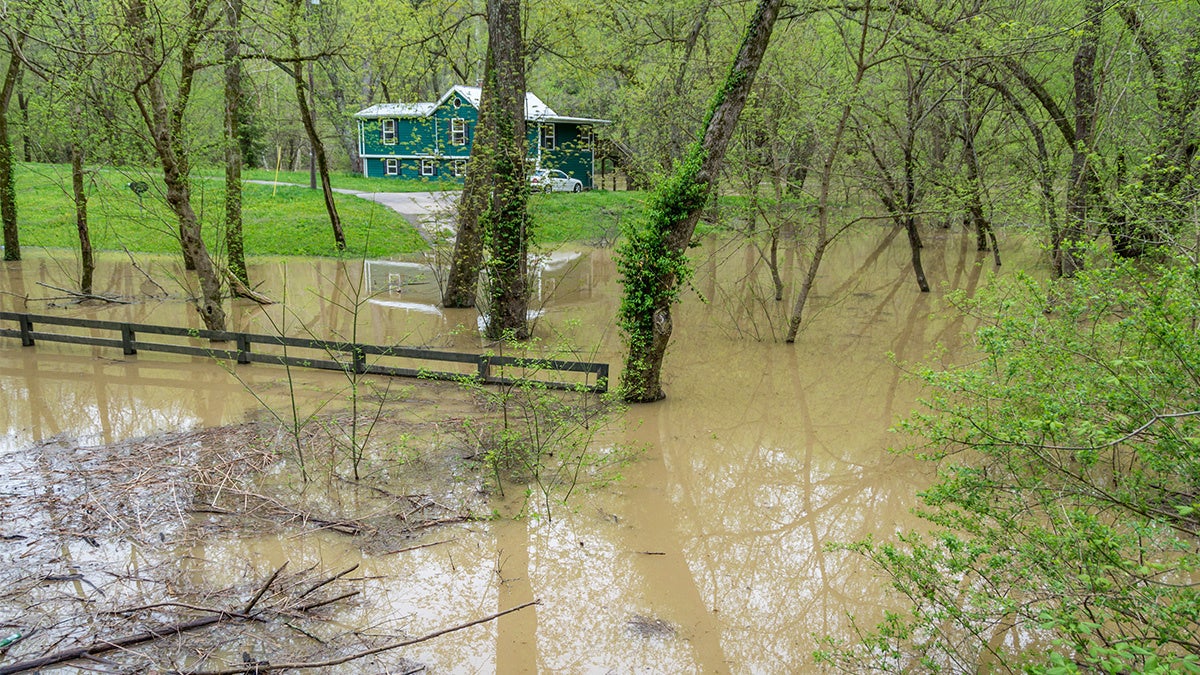 Floodwater near a house on the Kentucky River. Education Images / Universal Images Group via Getty Images

The states that do the most to discourage climate action and encourage dirty energy are the states whose residents are suffering the most from climate impacts, a Mother Jones and Center for Public Integrity investigation has found.

A CPI analysis found that nine of the 10 states that did the most to block the Clean Power Plan also emit the most carbon dioxide per person, while four of those nine were among the states that saw the most natural disasters over the past 10 years. The investigation focuses on Kentucky, where flash floods, that in some cases were worsened by improper mine cleanup, have devastated local communities.

As reported by Mother Jones:

The choices that state leaders make now will have life-changing consequences for generations, experts warn. Michael Hendryx, a public health professor at Indiana University Bloomington who studies environmental justice, said he wonders whether officials promoting inaction truly think global warming is not an emergency or are simply making a cynical bet that they won’t be harmed.

“They’ll be the people who have the money and power to defend themselves as climate change gets worse,” he said. “If we don’t do something really powerful and really meaningful soon, then the people who live in vulnerable areas … will suffer the most.”