Seven States Take Big Next Step on Climate: Here’s the What, Why and How 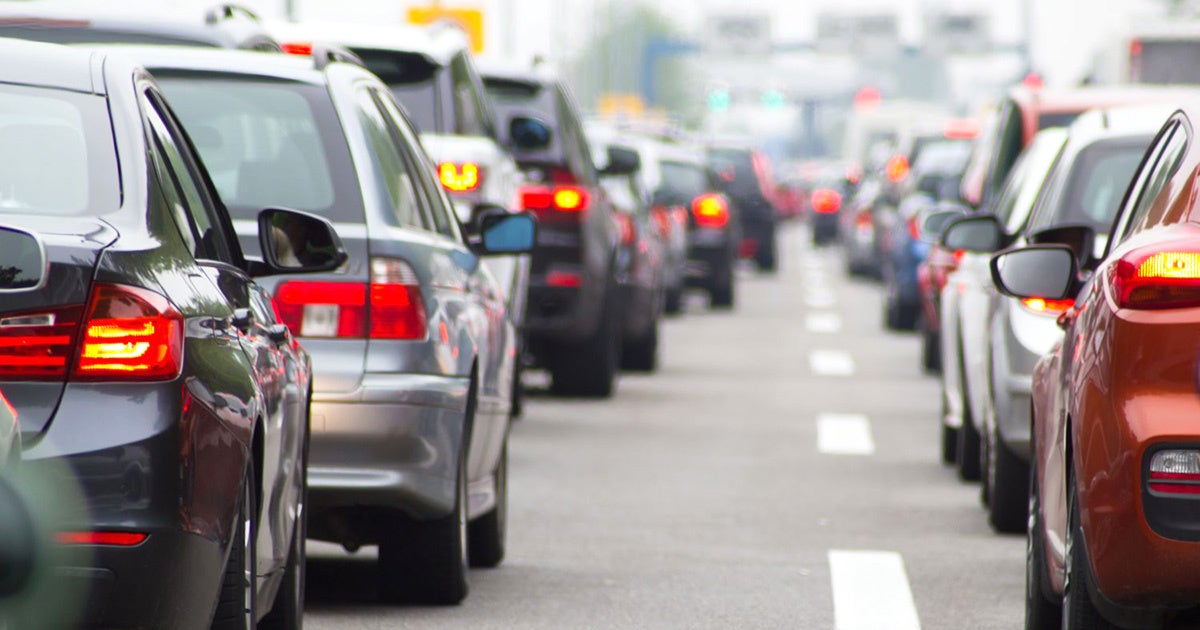 On Monday, Nov. 13, a bi-partisan group of seven states (New York, Maryland, Massachusetts, Connecticut, Rhode Island, Delaware and Vermont), and the District of Columbia announced that they will seek public input on how to craft a regional solution to greenhouse gas emissions from the transportation sector, now the largest source of CO2 emissions in the region. An announcement to conduct listening sessions may not sound like a big deal, but it is. Here’s why:

First, this region has been successful at reducing emissions from the electric sector, but transportation is lagging behind, as this graph shows: 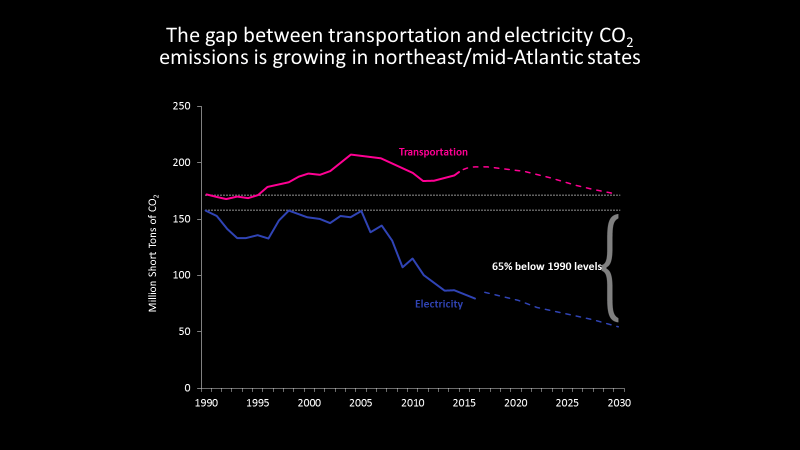 All of these states have committed to economy-wide goals that will be impossible to reach without ambitious policies to reduce pollution from transportation. Monday’s statement demonstrates that policy leaders understand that transportation is the next major frontier in the fight against global warming in the Northeast.

Second, a public conversation is necessary. For several years, these states have talked internally through their departments of energy, environment and transportation, about how to cut transportation emissions. When I served as a commissioner of the Massachusetts Department of Environmental Protection, I was part of those conversations, and they have yielded a number of promising ideas.

But policies that are truly worthy and lasting can’t be hatched in isolation from the public. Public engagement is needed to get the best ideas out on the table, test assumptions, gauge political support and persuade the skeptical. The states’ announcement shows that the states are serious, and that they are going about this in the right way.

Third, once the states announce a goal (as they have done here), and encourage the public to provide input to it, they create the expectation that action will follow: doing nothing becomes a much harder option. Once these listening sessions begin region wide, as they already have in Massachusetts, state leaders will see that their constituents want clean, affordable transportation, and that they are prepared to invest in that. Thus, the conversation will change from “whether” to implement a regional solution to “how” to do so.

In this regard, it is intriguing that on the day of the announcement, the states also released a white paper on one particularly promising approach—a regional “cap and invest” program. A cap and invest program would build upon this region’s success with the Regional Greenhouse Gas Initiative (RGGI), which has helped to dramatically lower emissions from the electric sector while creating jobs and reducing consumer costs.

The program would set an overall cap on regional transportation emissions, require fuel distributors to purchase “allowances” for the right to sell polluting fossil fuels such as gasoline and diesel, and re-invest the proceeds in improved mass transit, electric cars and buses, affordable housing located near transportation centers, and other proven ways to make clean transportation available to all. The white paper does an excellent job of identifying how such a scheme would work under our existing fuel distribution network. (For more information on this approach, read my op-ed and the blog by my colleague Dan Gatti).

I encourage Union of Concerned Scientists members and the public to attend these listening sessions and publicly support a bold regional solution. And I applaud the leaders of these states for taking a critical next step. State leadership, particularly when it is bi-partisan, is the way that the U.S. can best stay on track to meet its climate goals and assure an anxious world that we are still in the fight, notwithstanding the Trump administration’s abdication of leadership.