State of the Gulf Report Released by Save Our Gulf Waterkeepers 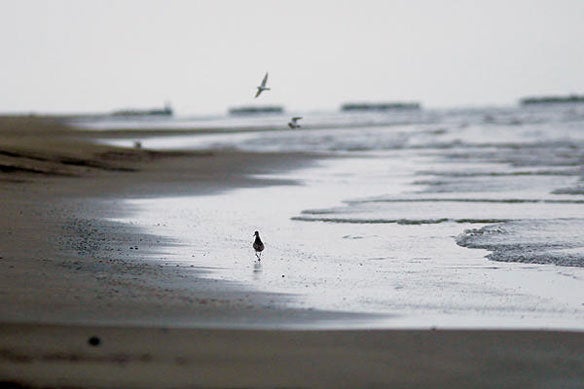 More than a year since the BP’s Deepwater Horizon well was capped in the Gulf of Mexico, oil continues to wash ashore along beaches and wetlands of the U.S. coast at an alarming rate.

This disaster—the worst environmental disaster in U.S. history—has devastated the health of the region’s wildlife and lands. It’s a growing threat to public health. Local economies—from Florida to Louisiana—and family budgets are suffering. The BP oil disaster isn’t over.

To highlight the oil contamination found in the water, sediment, and seafood and sea life across the coastline, on Oct. 4, Waterkeeper Alliance issued The State of the Gulf, a status report of Gulf Coast recovery after the discharge of 250 million gallons of crude oil into the Gulf of Mexico. The report outlines seven key findings, including calling for long-term environmental monitoring. Currently, the Save Our Gulf Waterkeeper organizations coordinate the most comprehensive citizen-led environmental monitoring effort. The report documents the results of the environmental monitoring project, including oyster tissue sampling from Louisiana to Florida.

The seven key findings of the report include: