Atmospheric CO2 Levels Haven’t Been This High in 800,000 Years: NOAA 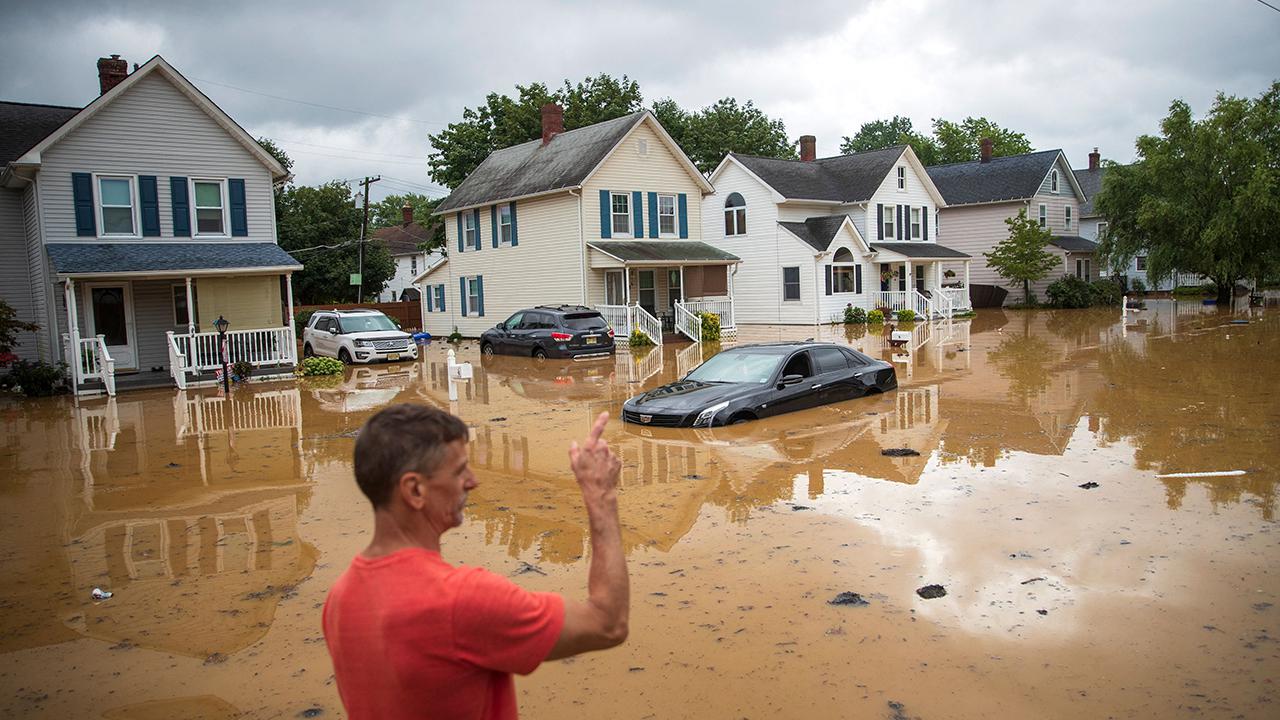 An evacuated resident points in the direction of his home following a flash flood, which came as Tropical Storm Henri made landfall, in Helmetta, New Jersey on August 22, 2021. Tom Brenner / AFP / Getty Images

Based on the contributions of more than 530 scientists from over 60 countries and compiled by the U.S. National Oceanic and Atmospheric Administration (NOAA), State of the Climate in 2020 is the 31st installment of the leading annual evaluation of the global climate system.

“The major indicators of climate change,” officials from NOAA’s National Centers for Environmental Information pointed out in a statement, “continued to reflect trends consistent with a warming planet. Several markers such as sea level, ocean heat content, and permafrost once again broke records set just one year prior.”

Last year was the warmest on record without an El Niño effect, and “new high-temperature records were set across the globe,” NOAA said. The agency added that the past seven years (2014-2020) had been the seven warmest on record.

Although the coronavirus-driven economic slowdown resulted in an estimated 6% to 7% reduction of carbon dioxide (CO2) emissions in 2020, the global average atmospheric concentration of CO2 increased to a record high of 412.5 parts per million. The atmospheric concentrations of other major greenhouse gases (GHG), including methane and nitrous oxide, also continued to climb to record highs last year despite the pandemic.

According to NOAA, last year’s CO2 concentration “was 2.5 parts per million greater than 2019 amounts and was the highest in the modern 62-year measurement record and in ice core records dating back as far as 800,000 years.” Moreover, “the year-over-year increase of methane (14.8 parts per billion) was the highest such increase since systematic measurements began.”

“For the ninth consecutive year,” said NOAA, “global average sea level rose to a new record high and was about 3.6 inches (91.3 millimeters) higher than the 1993 average,” which is when satellite measurements began. As a result of melting glaciers and ice sheets, warming oceans, and other expressions of the climate crisis, the “global sea level is rising at an average rate of 1.2 inches (3.0 centimeter) per decade.”

Other notable findings of the new report include:

In contrast to the release less than three weeks ago of the latest assessment from the United Nations’ Intergovernmental Panel on Climate Change, which warned that fossil fuel emissions are intensifying extreme weather disasters—provoking a flurry of reactions and even garnering a short-lived uptick in corporate media’s coverage of the climate emergency—NOAA’s new report was met with less fanfare.

In one of the few early statements issued by members of Congress in response to the report, Rep. Eddie Bernice Johnson (D-Texas) said that “scientists sounded the alarm on the climate crisis again.”

“It is clear that without swift action, we can, unfortunately, expect to set new records like these every year,” said Johnson, chair of the House Committee on Science, Space, and Technology. “The consequences of climate change impact every American—especially disadvantaged communities—across the country; from the devastating floods in Tennessee a few days ago to the record-breaking wildfires in the West.”

“Building a better future for all means acting on climate now,” the lawmaker added. “This situation is urgent, but it’s not hopeless. We have an opportunity to lead the global response in the fight against the climate crisis—we cannot afford to waste it.”