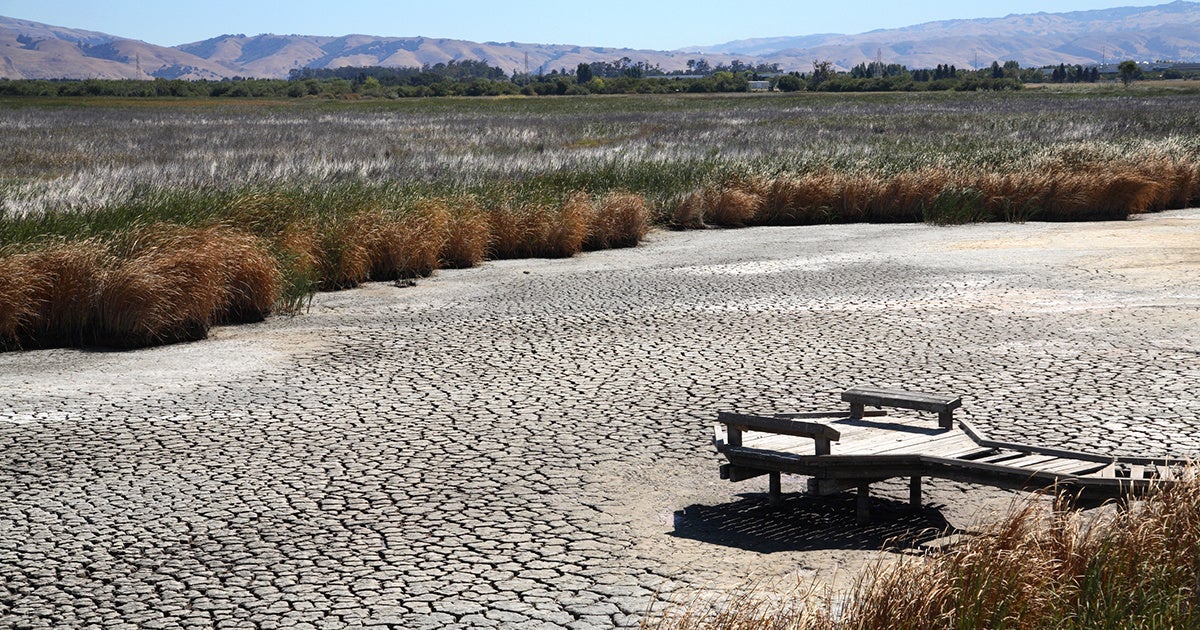 The National Oceanic and Atmospheric Administration (NOAA) released the results of what it calls the “annual checkup for the planet” Wednesday, and the patient is not doing well.

The 28th annual State of the Climate report, published by the Bulletin of the American Meteorological Society and based on the work of more than 500 scientists in 65 countries, confirmed 2017 as the second or third warmest year on record, depending on the data set, and the warmest without a temperature-boosting El Niño event.

Since 2015 and 2016 are the other two warmest years in recorded history, NOAA climatologist and lead report author Deke Arndt said the report showed we have entered “a new neighborhood in terms of global temperature,” The Huffington Post reported. The report also had bad news for carbon dioxide levels, which reached 405 parts per million, the highest in at least 800,000 years.

The oceans were especially hard hit, both in terms of sea level rise and temperature. The report found that sea level rise broke a new record of around 3 inches above the 1993 average. Sea surface temperatures had an average slightly below 2016’s, but continued their upward trend, and the heat contributed to continued coral bleaching. Between 2014 and 2017, more than 95 percent of the corals in some reefs died. 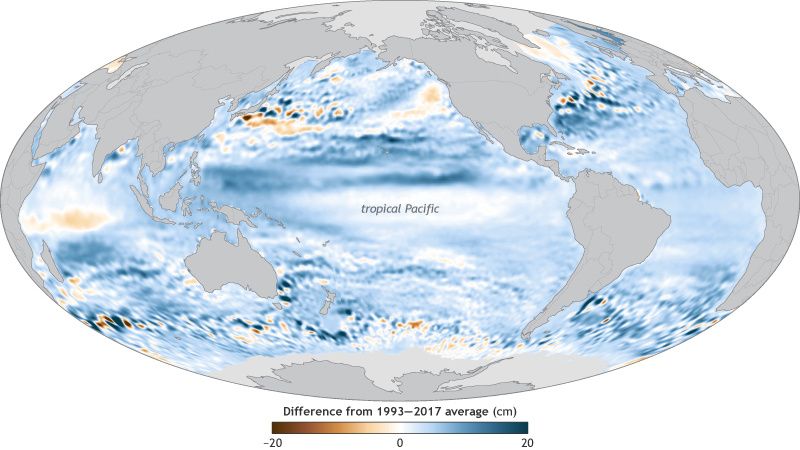 Sea levels in 2017 were, on average, the highest in the satellite record. NOAA

NOAA oceanographer Greg Johnson told The Huffington Post that the feedback loops set in motion by climate change would continue to impact the oceans for years, even if emissions stopped tomorrow.

2017 was also a perilous year for Arctic and Antarctic sea ice. In the Arctic, maximum sea ice extent was the lowest since record-keeping began 38 years ago. In Antarctica, sea ice coverage fell on March 1 to 811,000 square miles, the lowest it has been since the satellite record began in 1978.

When it came to extreme weather, the number of tropical cyclones was slightly above average. Areas affected by drought dropped during the beginning of the year, but climbed back up to above average levels by the end.