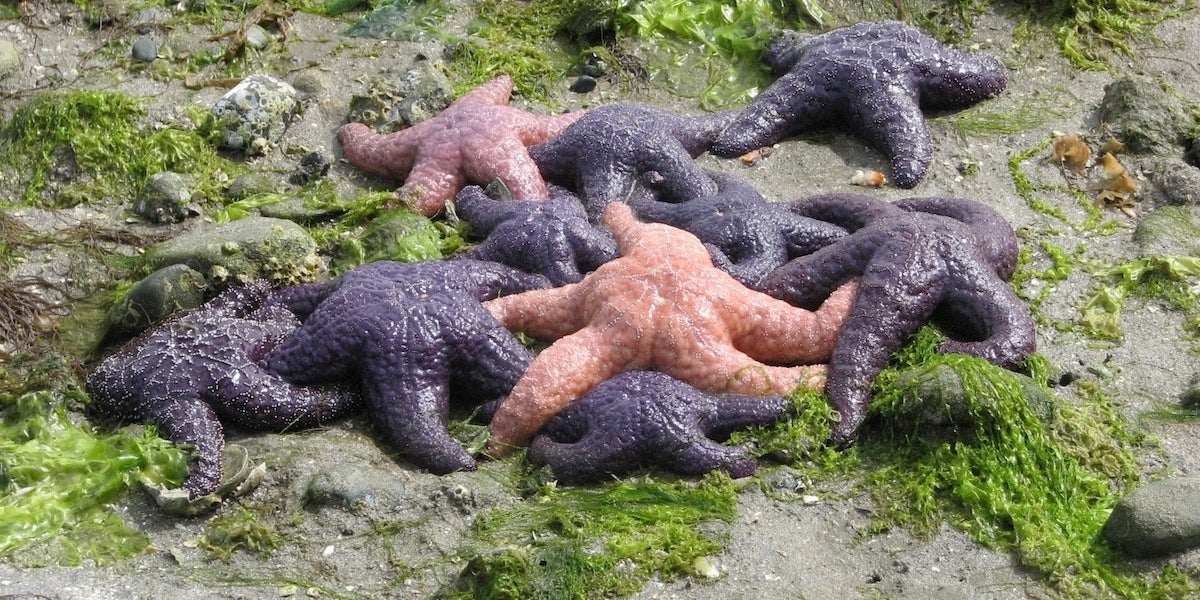 Starfish appear to be making a stunning comeback in the West Coast after a mysterious
“melting” disease decimated their numbers five years ago.

The invertebrates that survived the die-off developed a genetic resistance protecting them from the pathogen, a new
study published in the Proceedings of the National Academy of Sciences has found.

The disease that plagued them, also known as sea star wasting syndrome, featured grisly symptoms where the sea stars would lose legs, disintegrate and ultimately die. The outbreak was first discovered in 2013 and eventually caused the death of
millions of sea stars in the West Coast.

The species most heavily affected by the disease was the Pisaster ochraceus, or
ochre star. More than 80 percent fell victim to the pathogen. As a “keystone” predator, its loss could have disrupted the entire marine intertidal ecosystem. 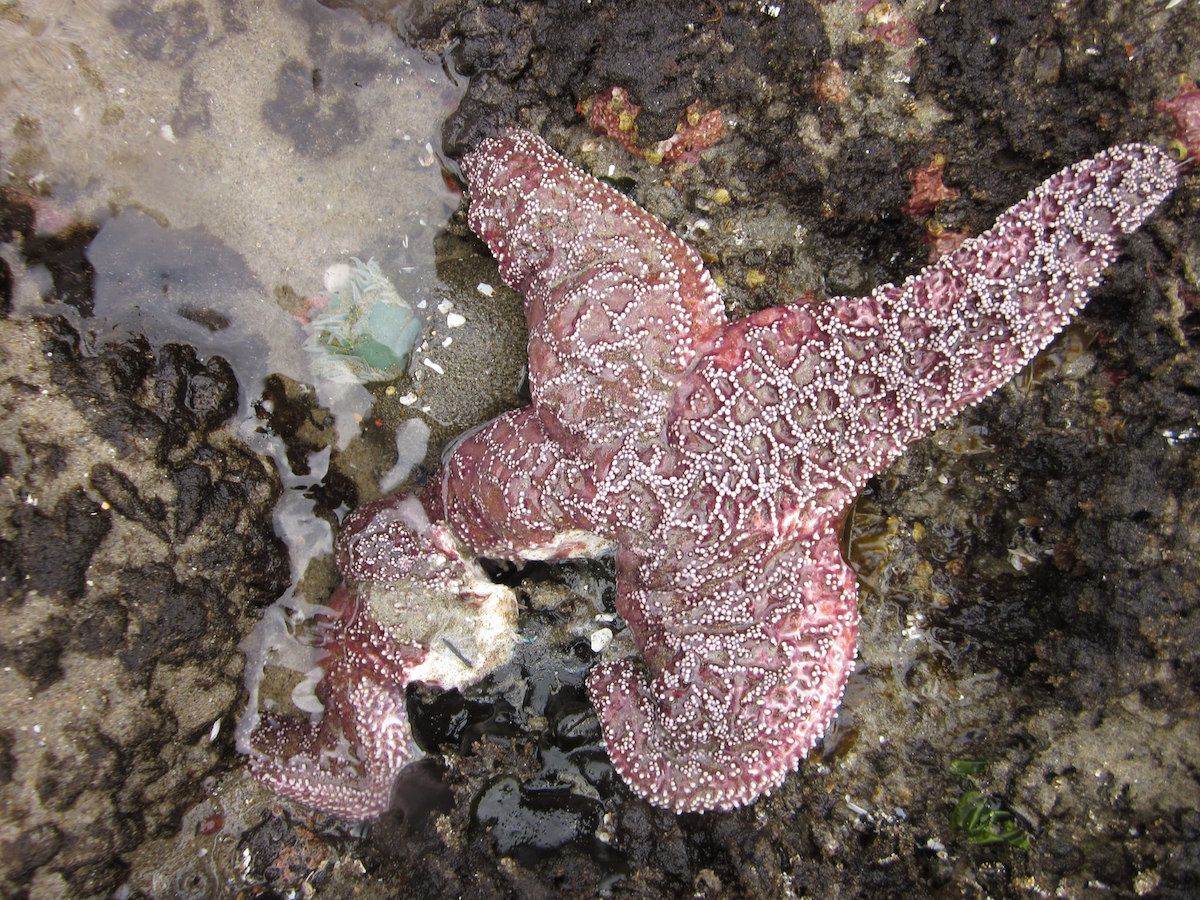 The leg of this purple ochre sea star in Oregon is disintegrating, as it dies from sea star wasting syndrome. Photo taken in May 2014Elizabeth Cerny-Chipman/ Oregon State University / Flickr / CC BY-SA 2.0

But the new study revealed a 74-fold increase since 2013 in the number of surviving offspring of the ochre star, the
San Francisco Chronicle reported.

The researchers compared the DNA of ochre stars before and after the outbreak and found that the juveniles thriving today have developed a gene that resists the virus.

“This revealed consistent changes between the original population and survivors, between the original population and new juveniles, and across geographic locations,” Lauren Schiebelhut, a University of California, Merced biologist and lead author of the study, told the Chronicle. “Subsequent generations will be the progeny of survivors and so we expect the genetic shift to be maintained.”

The cause of sea star wasting syndrome is still not known, but previous studies have linked the sea stars’ risk of becoming infected with the disease due to warmer ocean temperatures. Notably, the current study brings hope that some marine species could quickly evolve resilience to the effects of climate change.

The starfish that survived the epidemic are living examples of natural selection in process, as Michael Dawson, a UC Merced professor and co-author of the study, explained to the Chronicle.