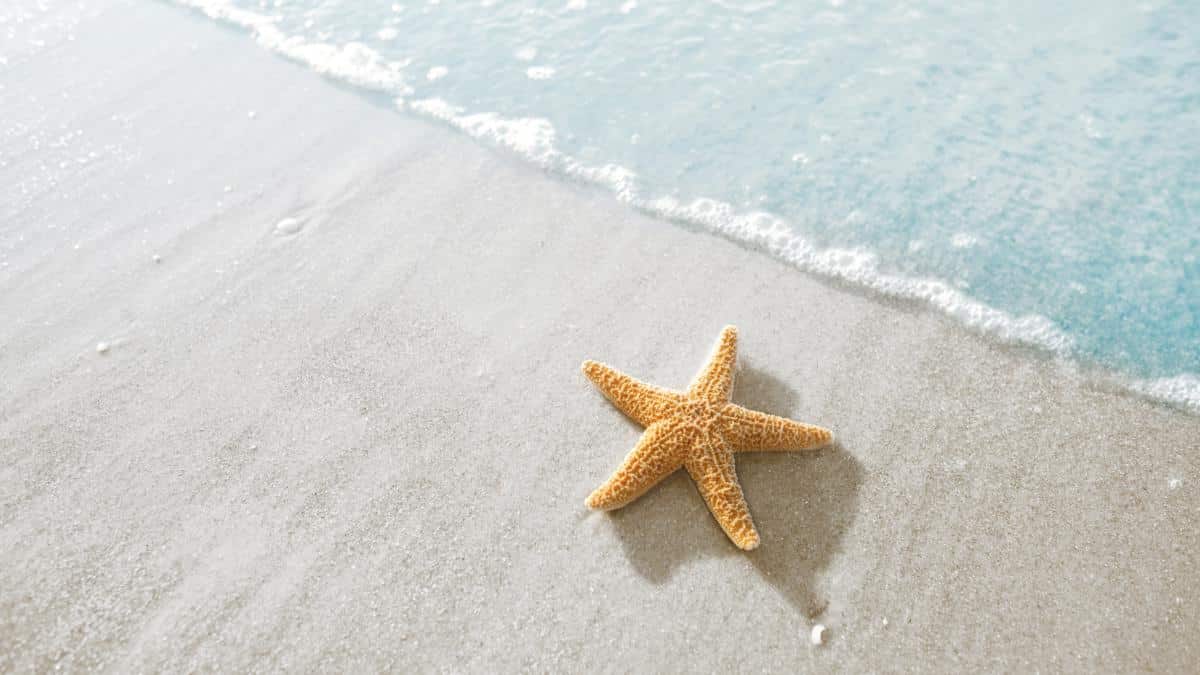 Starfish might appear simple creatures, but the way these animals' distinctive biology evolved was, until recently, unknown. FangXiaNuo / Getty Images

Starfish are one of the most recognizable animals on our planet. Most people probably associate them with trips to the beach, walking in rock pools or swimming in the sea. They might appear simple creatures, but the way these animals’ distinctive biology evolved was, until recently, unknown.

Our new study, published in the journal Biology Letters, sheds light on how the starfish developed its distinctive shape.

The Mystery of Starfish

Starfish, and their close relatives the brittle stars, belong to a group called the echinoderms. These are animals with spiny skins, including sea urchins, sea lilies and sea cucumbers, with bizarre biological traits. They have no head or a brain, and have a unique circulatory system called a water vascular system, which uses seawater instead of blood. They even possess the power to regenerate over 75% of their body mass if it is lost.

Starfish have almost always had the same five-armed body shape. This has not changed for almost 480 million years, throughout the five great mass extinctions they survived.

Other echinoderms use their arms to filter feed or catch food from the water and, unlike starfish, face upwards with their arms spreading outward to feed. But starfish do not, and their distinctive body shape appeared in the fossil record fully formed. So for years scientists have been perplexed by how it evolved and how starfish are related to their close relatives, the brittle stars.

The Pompeii of Paleontology

The Fezouata formations are sedimentary rock deposits in Morocco dating back to the early Ordovician period, a critical stage in the evolution of life, which ended around 460 million years ago. Paleontologists think life rapidly diversified during this time, in an episode call the great Ordovician biodiversification event, when animals we might recognize today first appeared.

The Fezouata formations are a bit like the Pompeii of paleontology. The conditions on the seabed meant even soft tissue, which would normally be destroyed over time, could be preserved. Because of this, the formations provide a window into what happened at a key moment in the history of life on Earth. 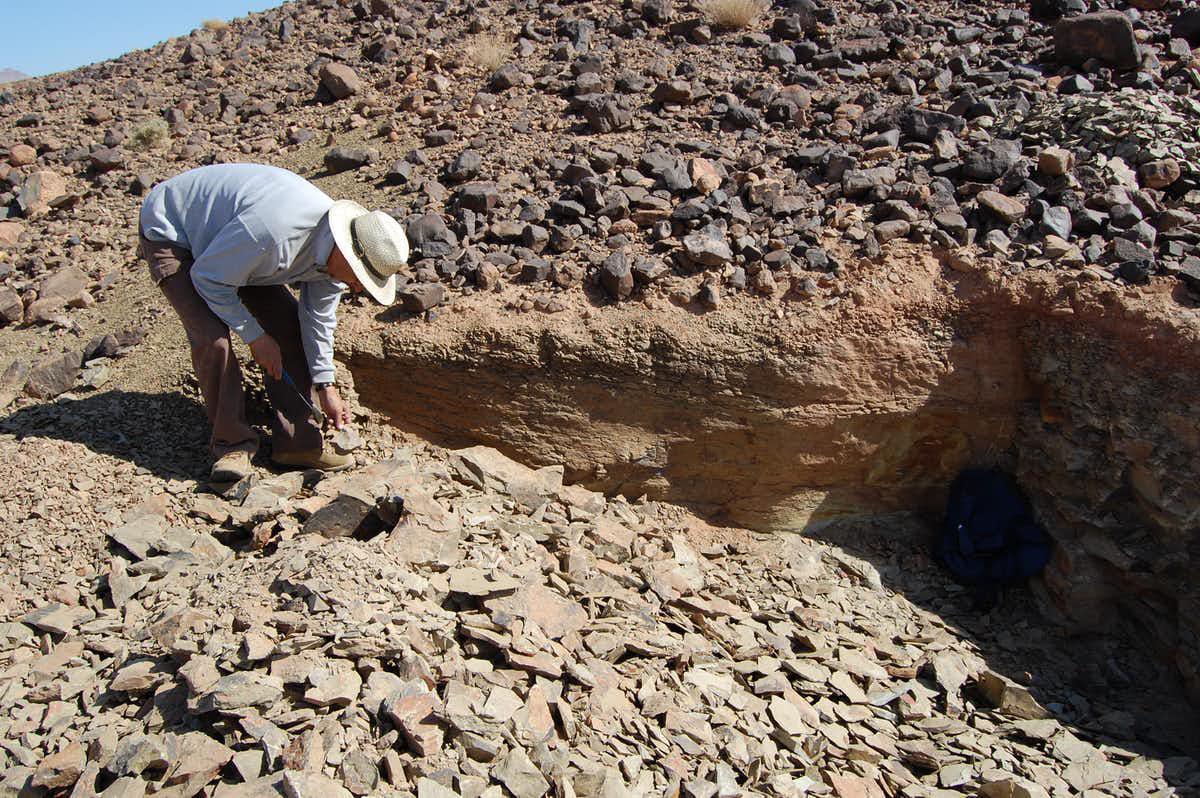 Although starfish might appear very robust animals, they are typically made up of lots of hard parts attached by ligaments and soft tissue which, upon death, quickly degrade. This means we rely on places like the Fezouata formations to provide snapshots of their evolution.

The starfish fossil record is patchy, especially at the critical time when many of these animal groups first appeared. Sorting out how each of the various types of ancient starfish relate to each other is like putting a puzzle together when many of the parts are missing.

Cantabrigiaster is the most primitive starfish-like animal to be discovered in the fossil record. It was discovered in 2003, but it has taken over 17 years to work out its true significance.

What makes Cantabrigiaster unique is that it lacks almost all the characteristics we find in brittle stars and starfish.

Starfish and brittle stars belong to the family Asterozoa. Their ancestors, the Somasteroids were especially fragile – before Cantabrigiaster we only had a handful of specimens. The celebrated Moroccan paleontologist Mohamed Ben Moula and his local team was instrumental in discovering these amazing fossils near the town of Zagora, in Morocco.

Our breakthrough moment came when I compared the arms of Cantabrigiaster with those of modern sea lilles, filter feeders with long feathery arms that tend to be attached to the sea floor by a stem or stalk.

The striking similarity between these modern filter feeders and the ancient starfish led our team from the University of Cambridge and Harvard University to create a new analysis. We applied a biological model to the features of all the current early Asterozoa fossils in existence, along with a sample of their closest relatives. 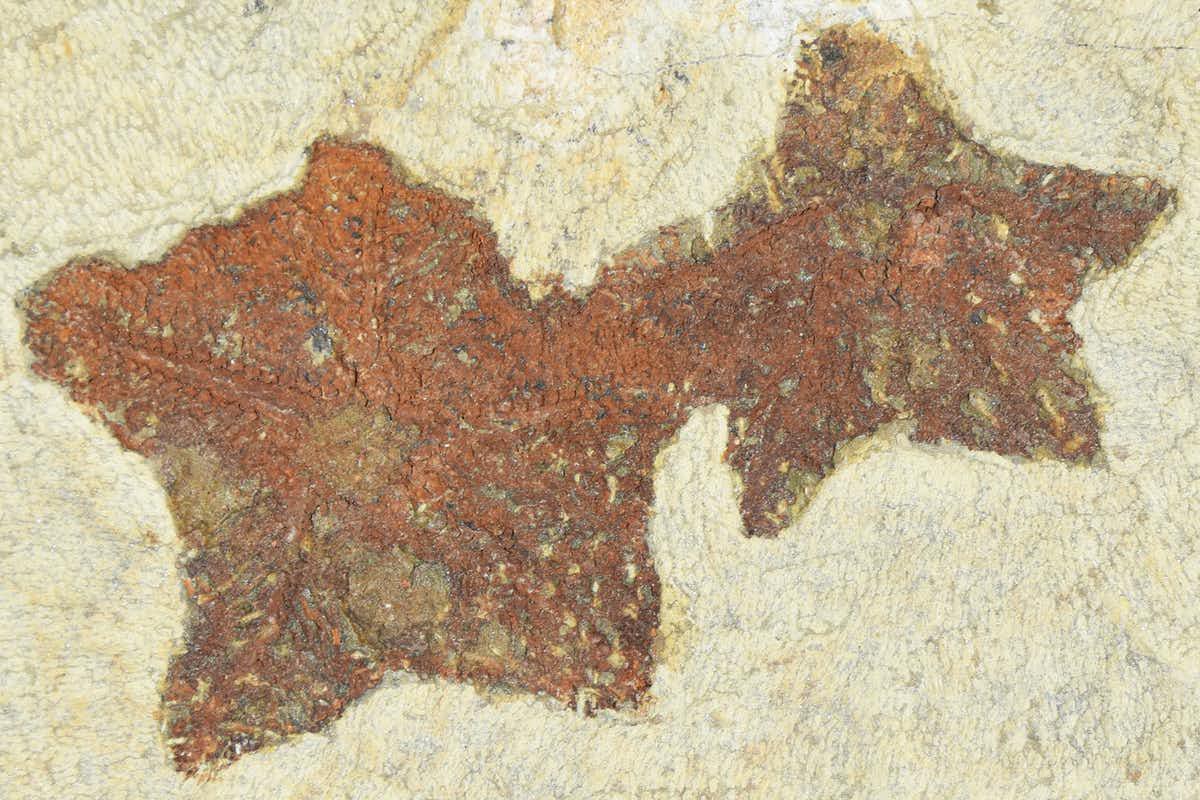 Cantabrigiaster is the most primitive starfish-like animal to be discovered in the fossil record. Aaron Hunter, Author provided

Our results demonstrate Cantabrigiaster is the most primitive of all the Asterozoa, and most likely evolved from ancient animals called crinoids that lived 250 million years before dinosaurs. The five arms of starfish are a relic left over from these ancestors. In the case of Cantabrigiaster, and its starfish descendants, it evolved by flipping upside-down so its arms are face down on the sediment to feed.

Although we sampled a relatively small numbers of those ancestors, one of the unexpected outcomes was it provided an idea of how they could be related to each other. Paleontologists studying echinoderms are often lost in detail as all the different groups are so radically different from each other, so it is hard to tell which evolved first.

Disclosure statement: Aaron W Hunter does not work for, consult, own shares in or receive funding from any company or organization that would benefit from this article, and has disclosed no relevant affiliations beyond their academic appointment.