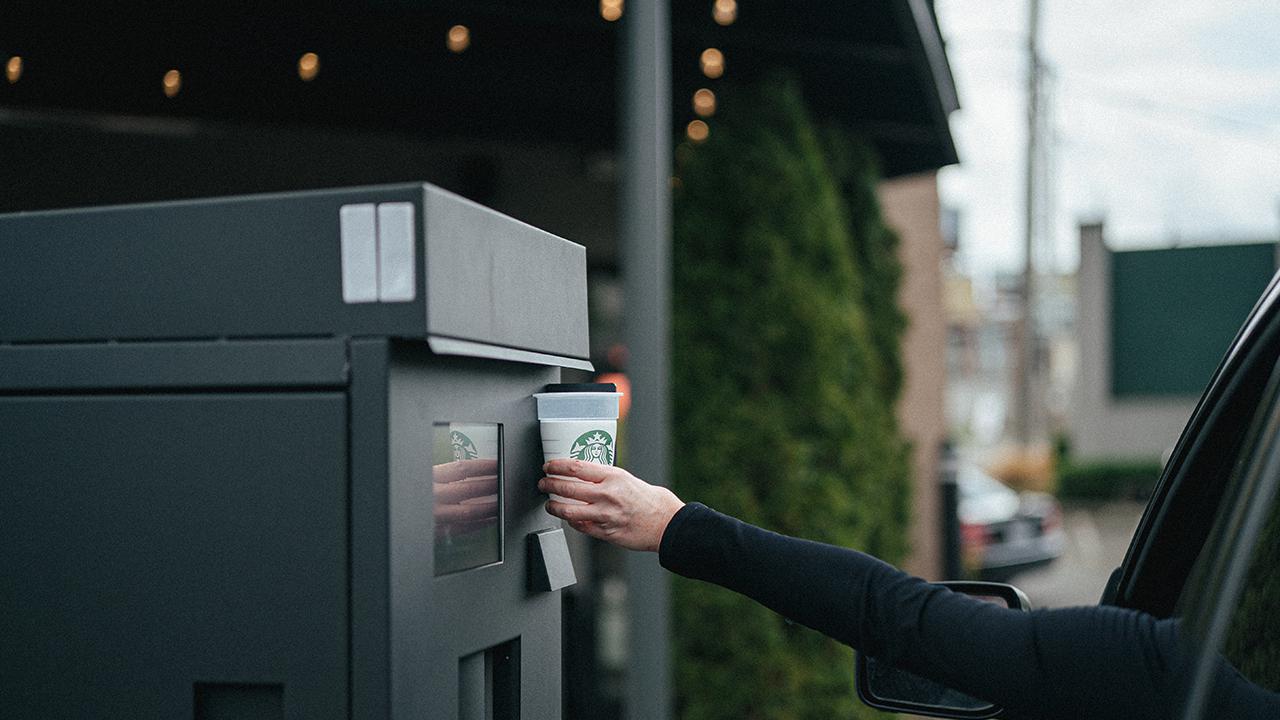 Starbucks said each reusable cup would prevent as many as 30 disposable cups from being wasted. Lauren Pinney / Edelman / Starbucks

This Earth Month, Starbucks is experimenting with a circular economy.

From March 30 to May 31st, customers at five Seattle Starbucks will be able to order their drink in a reusable cup that they can then deposit themselves at a contactless kiosk or have picked up for them by area recycling service Ridwell.

“Promoting reusability is an important part of Starbucks goal to reduce waste by 50% by 2030,” Starbucks Chief Sustainability Officer Michael Kobori said in the program announcement. “We understand the interdependency of human and planetary health, and we believe it is our responsibility to reduce single-use cup waste. We will lead the transition to a circular economy.” 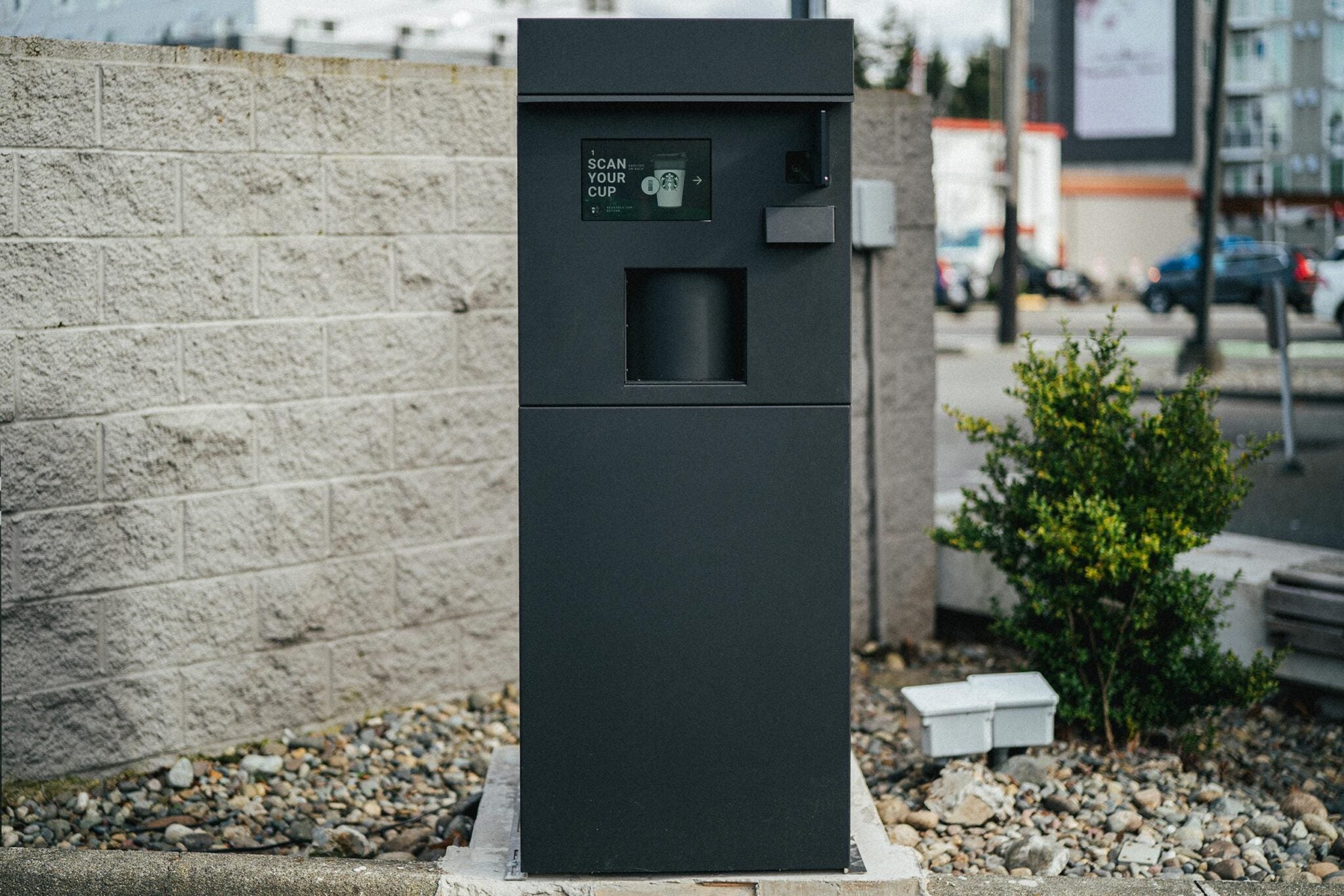 Step 1: Customers will order their drink in a reusable cup and pay a refundable deposit.

Step 2: When they are done, customers will return the cups to a contactless kiosk in the store’s lobby or drive-thru. They can then scan the Starbucks App for a credit and 10 Bonus Stars.

Step 3: The cups will be collected and professionally cleaned by GO Box and returned to circulation within 48 hours.

Starbucks said each reusable cup would prevent as many as 30 disposable cups from being wasted.

The new pilot is not the first time the company has experimented with ways to reuse cups, a Starbucks spokesperson told EcoWatch in an email. The company has offered a discount for customers bringing their own containers since the 1980s and has long sold its own reusable thermoses and mugs at its stores. However, the idea of offering cups that can be returned to the store later is rather new. In 2019, it launched a month-long reusable cup trial at London’s Gatwick airport and another test in the Bay Area. To prepare for the current trial, it ran single-store tests in the Seattle area during the fall and winter of 2020 and 2021.

“Those tests were intended to explore operations and logistics for our partners, and used our standard reusable traveler cup, usually available at the cash register,” Starbucks explained. “This pilot will explore the scalability of the concept and equipment.”

Starbucks did not say exactly how, when, or where the project would be expanded if it succeeds.

“We are optimistic about this program and we look forward to customer feedback as we explore scalable options to reduce single-use cup waste,” the company spokesperson said. 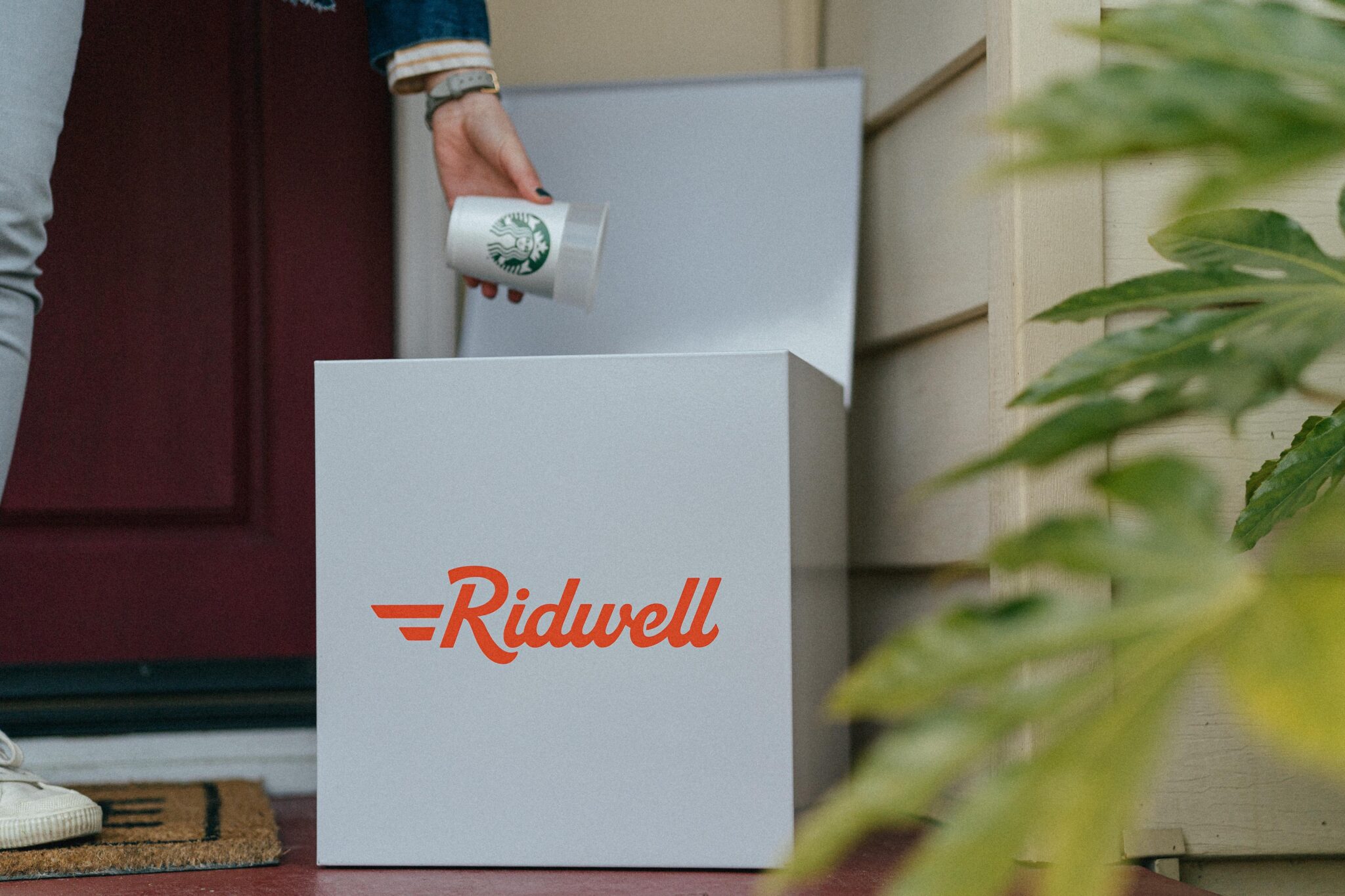 One unique feature of the Seattle pilot is the partnership with Ridwell. Ridwell is an innovative Seattle-area company that grew out of a father and his six-year-old son’s search for a place to safely dispose of batteries, according to the company website. Once they found their answer, they offered to take their neighbor’s batteries, too.

The company’s mission ignited from this initial spark. Ridwell picks up hard to reuse or recycle items from Seattle homes and finds a way to keep them out of landfills. This made partnering with Starbucks a natural fit. During the trial, the company will pick up the reusable cups from customers’ homes.

“Our mission is to make it easy to waste less – just as easy (and hopefully more delightful!) than throwing things away. Offering our members the ability to return their reusable Starbucks cups without leaving their homes or needing to remember to bring them back to the store is a fantastic example of simplifying potential friction in reuse and circular programs at scale,” a Ridwell spokesperson told EcoWatch in an email.

Ridwell said it would like to engage in more partnerships like this if the Starbucks trial succeeds.

“We are excited about expanding partnerships that enable a more earth-friendly way for our members to consume the things they enjoy (like a coffee!),” the spokesperson said.

A Tale of Two Markets 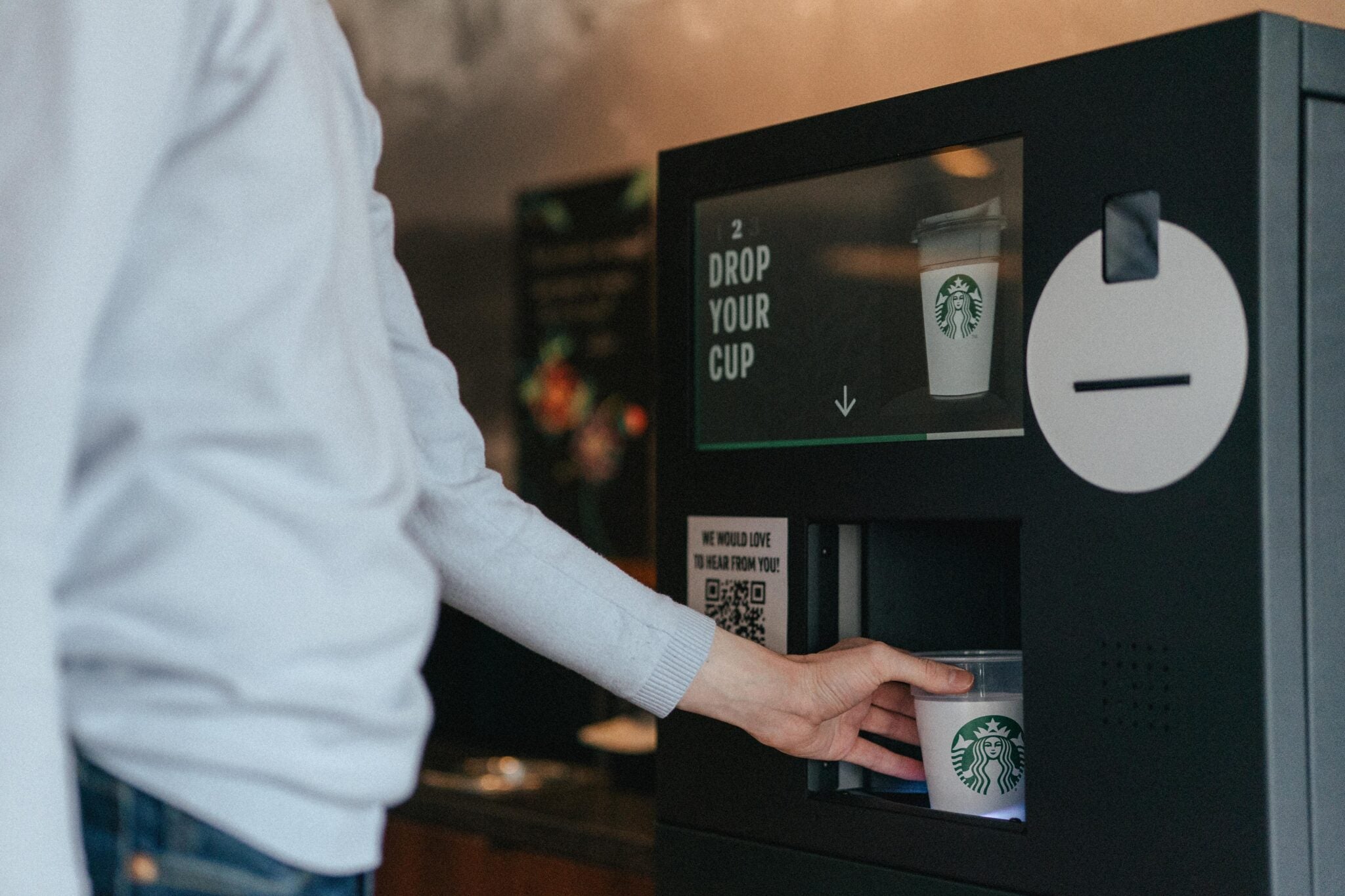 Environmental campaigners said that the Starbucks pilot is a step in the right direction.

“Greenpeace supports the model that Starbucks is exploring, through which customers essentially rent a reusable container for a deposit that is returned to them when they bring the container back,” Greenpeace USA Oceans Campaign Director John Hocevar told EcoWatch in an email. “That container is then washed and cleaned and reused many times, as with other dishes in restaurants we frequent. Not only can this model help our environment and health, it can create new jobs and save businesses money in the long run.”

However, Greenpeace argued that Starbucks could be moving faster with implementing this model across the U.S., something that seems to be supported by Starbucks’ actions abroad.

The day before Starbucks announced the Seattle pilot, it also said that it would phase out all single-use cups from its South Korea stores by 2025. This will begin with a launch of reusable cups in certain stores in the city of Jeju this summer that will then expand to additional locations over the next four years.

“If Starbucks can eliminate all single-use cups in South Korea by 2025 and shift entirely to reuse, it can do more than implement a trial program here with a goal of reducing waste by 50% by 2030,” Hocevar said. “Starbucks’ goal should be to eliminate all of its disposable coffee cups as quickly as possible and scale up these reusable programs across all of its markets.”

Starbucks, for its part, said that local conditions determined how quickly it could roll out new ideas in different places.

“In some cases, market level conditions allow us to move quickly than others, which in turn allows us to share those learnings in other markets,” the company said.

But Greenpeace noted there is another key difference between the U.S. and South Korea. The latter passed a law in 2018 banning disposable cups at sit-down restaurants, and the Environment Minister further revised rules in February to cut down on plastic and other disposable items.

“It definitely appears as though South Korea’s recent actions against single-use plastics, particularly for dine-in options, has influenced Starbucks to act with greater urgency there,” Hocevar told EcoWatch. “This is part of the reason we need to pass the Break Free From Plastic Pollution Act [in the U.S.] and develop a global plastics treaty to move toward reuse urgently.”