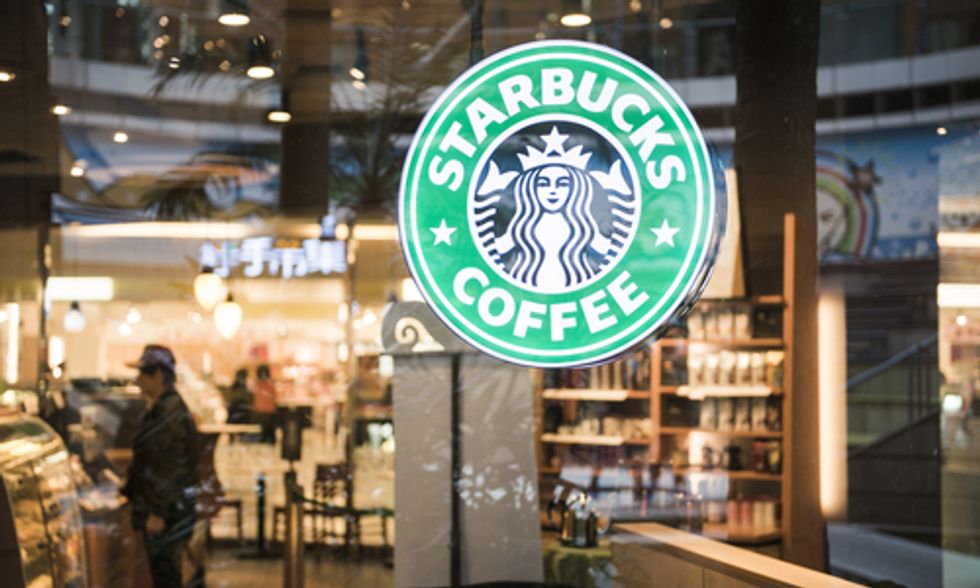 Green America's GMO Inside campaign launched a major push this month asking Starbucks to serve only organic milk sourced from cows that are fed a diet free of genetically modified organisms (GMOs).

Starbucks, the world's largest coffee chain with more than 20,000 locations in 62 countries, uses milk from cows that are fed GMO corn, soy, alfalfa and cottonseed.

If the coffee giant opts to make the change, Green America also wants a third-party verifier integrated into the transition to ensure the milk is, in fact, sourced from cows eating non-GMO feed.

“Starbucks already serves soy milk that is organic and non-GMO; consumers also deserve dairy milk held to the same standard and level of quality,” said Green America’s GMO Inside Campaign Director Nicole McCann in a prepared statement. “Consumers will put pressure on Starbucks to serve only organic, non-GMO milk. And the reality is that the process Starbucks put in place to remove rBGH from its milk source can be used to source organic milk.”

In 2008, in response to consumer and investor concerns, Starbucks committed to use rBGH-free milk (or milk free of a growth hormone injected in cows).

“Starbucks made the right move in removing growth hormones from its milk,”said Green America President and GMO Inside Co-Chair Alisa Gravitz. “However, Starbucks has sent confusing messages to its customers by stopping short of addressing long-term environmental as well as human and animal health concerns. In contrast, Pret A Manger, a growing and thriving quick service chain, already serves only organic dairy and soy at comparable prices.”

Additionally, the switch to organic would prevent Starbucks customers from ingesting antibiotics used in industrialized farming—a common practice which speeds animal growth and milk production, but has perpetuated the spread of potentially fatal, antibiotic -resistant "superbugs."

“As a dues paying member of the Grocery Manufacturers Association, Starbucks has helped bankroll efforts to defeat GMO labeling in the U.S. for the past two years. It’s time for Starbucks to commit to transparency and the highest quality ingredients for their customers,” said Dave Murphy, founder and executive director of Food Democracy Now!

GMO Inside’s campaign was launched on the heels of the consumer victory to get GMO ingredients out of General Mills' Cheerios.

Whole Foods has also pledged it will label GMOs sold in its stores by 2018.

A majority of GMOs are engineered to withstand herbicide chemicals. As a result, the use of Monsanto's Roundup has continued to increase, not decrease, leaving large trace amounts of the chemical on GMO foods sold in America's grocery stores.

Lately, the emergence of “super weeds” resistant to Roundup require more toxic herbicides to be applied to crops. The Food and Drug Administration has approved GMOs based on studies conducted by the same corporations that created and profit from them. GMOs have yet to be proven safe for humans, animal or the planet by independent long-term studies.