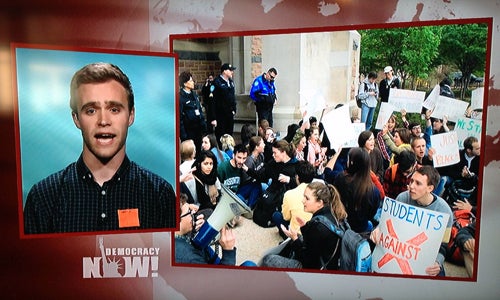 If there’s any investment that could potentially cause “substantial social injury,” it’s coal-fired energy.

A large-scale student campaign helped Stanford University’s board of trustees realize as much, leading to this week’s decision for the institution to divest its $18.7 billion endowment from coal stock.

Stanford University’s 43-year-old Statement on Investment Responsibility instructs the board of trustees to invest endowment assets to maximize potential returns, but it also allows trustees to factor in the possibility of those investments causing social injury.

“Moving away from coal in the investment context is a small but constructive step while work continues at Stanford and elsewhere to develop broadly viable sustainable energy solutions for the future,” John Hennessy, university president, said in a statement.

Fossil Free Stanford, a student-led organization, petitioned the university a year ago to divest from 200 fossil-fuel extraction companies. Stanford’s Advisory Panel on Investment Responsibility and Licensing (APIRL), a panel of students, faculty, staff and alumni, reviewed the petition and ultimately made the recommendation to divest.

Democracy Now! spoke with student Michael Peñuelas, a faculty liaison for the group, about the campaign and the change he and his classmates inspired.

“Fossil Free Stanford catalyzed an important discussion, and the university has pursued a careful, research-based evaluation of the issues,” said Steven A. Denning, chairman of the Stanford Board of Trustees. “We believe this action provides leadership on a critical matter facing our world and is an appropriate application of the university’s investment responsibility policy.”

Stanford’s decision comes after several, similar campaigns and protests at universities around the country. Seven Washington University students were arrested last week for protesting Peabody Coal. One Harvard University student was arrested at a day of action event to encourage the college to divest from fossil fuels. 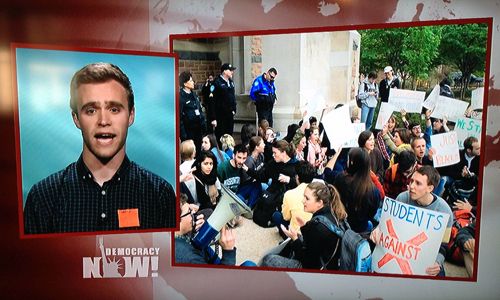