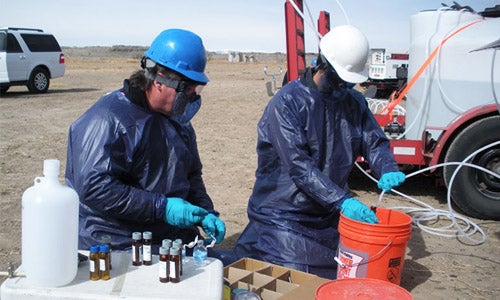 As the fracking industry tries to expand internationally, being promoted as a so-called clean bridge fuel, it is increasingly clear the industry has not one, but two, Achilles heels.

The first is the release of the potent greenhouse gas, methane. The second is water pollution and the threat the controversial technique poses to drinking water. 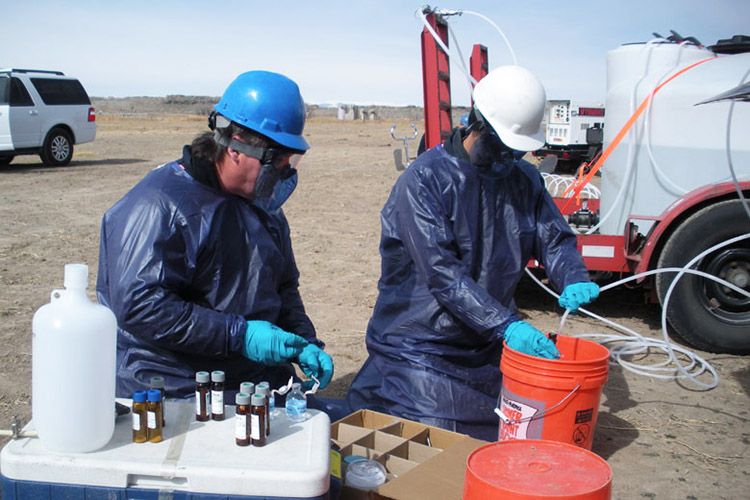 A new study by scientists from Stanford University in California, published in Environmental Science & Technology has found that fracking operations near Pavillion in Wyoming “have had clear impact to underground sources of drinking water.” Photo credit: Dominic DiGiulio

Both areas are highly disputed, but nearly every week new research reveals new evidence of harm by fracking.

A new study by scientists from Stanford University in California, published in Environmental Science & Technology, has found that fracking operations near Pavillion, Wyoming “have had clear impact to underground sources of drinking water.”

The operations near Pavillion have long been contentious. Back in 2008, the town made headlines when local residents started complaining of a foul taste and odor in their drinking water, leading to an investigation by the U.S. Environmental Protection Agency (EPA).

In 2011, the EPA issued a preliminary report which linked shallow fracking to toxic compounds in aquifers, but no action was taken by the agency, leading to one of the co-authors of the new study, Rob Jackson, professor at the School of Earth, Energy & Environmental Sciences at the University to argue that the “EPA has consistently walked away from investigations where people and the environment appear to have been harmed.”

The agency now maintains that since June 2013, “the EPA and the state both agreed that the best path forward in advancing the understanding of groundwater issues in the Pavillion area included EPA’s support for the state’s additional investigation of pits, production wells and drinking water.”

However, the federal Agency for Toxic Substances and Disease Registry has now advised area residents to avoid bathing, cooking or drinking with water from their taps. 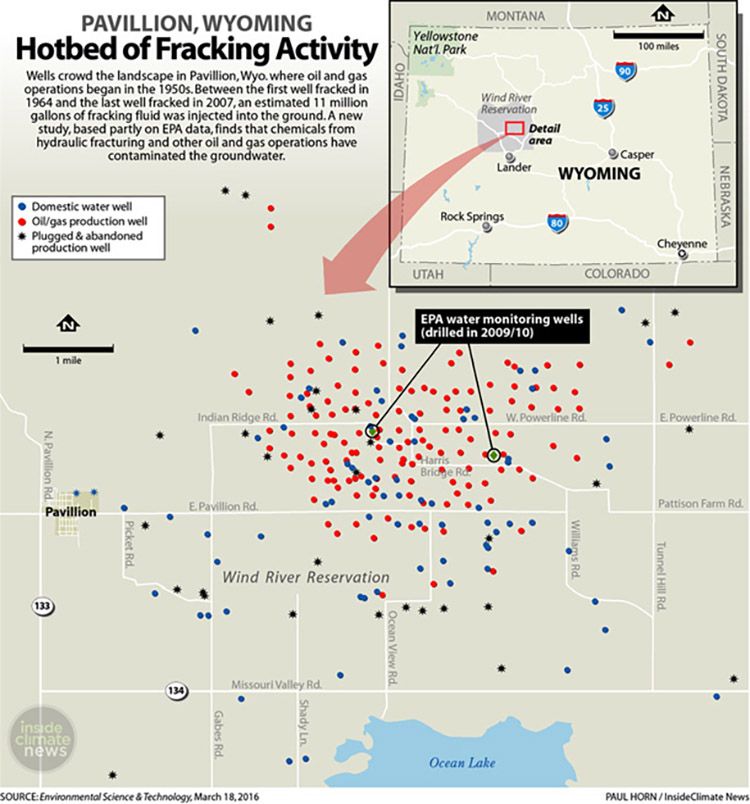 The new Stanford study goes beyond the 2011 EPA report to document not only the occurrence of fracking chemicals in underground sources of drinking water but also their impact on that water that is making it unsafe for use.

According to the university: “The research paints a picture of unsafe practices including the dumping of drilling and production fluids containing diesel fuel, high chemical concentrations in unlined pits and a lack of adequate cement barriers to protect groundwater.”

He believes that other states which have shallow fracking operations, such as California, Colorado, Montana and North Dakota could also have contaminated water.

DiGiulio argues that “Geologic and groundwater conditions at Pavillion are not unique in the Rocky Mountain region. This suggests there may be widespread impact to underground sources of drinking water as a result of unconventional oil and gas extraction.”