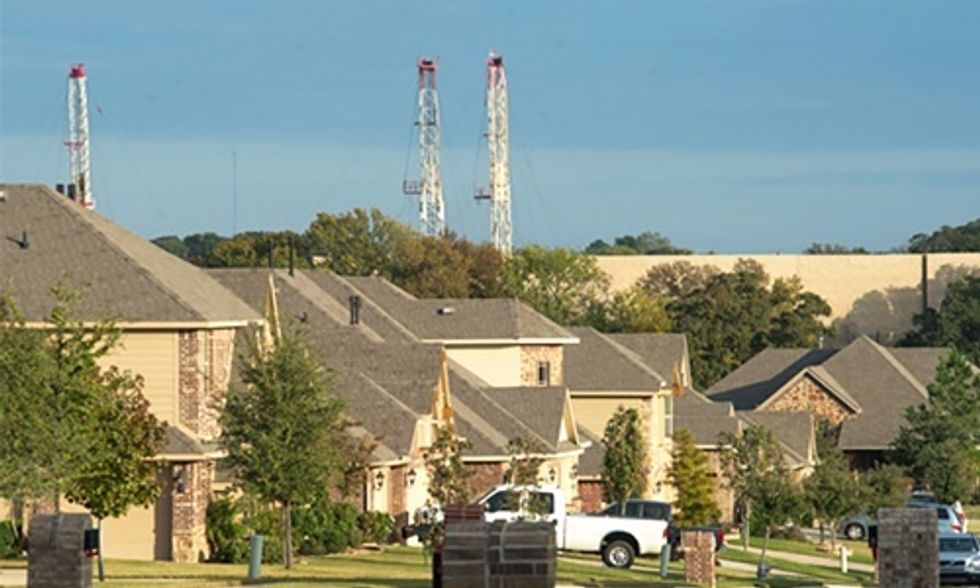 A Stanford researcher found the highest risk of methane leaks was from shallow natural gas wells drilled in California, Pennsylvania and Texas.

“The main risk is from chemical spills and poorly constructed wells that leak," said Rob Jackson, a professor of Earth System Science at Stanford, who presented his findings at the American Association for the Advancement of Science meeting in Washington, DC, last week. “Our research shows that most problems typically occur within half a mile.

“In Parker County, Texas, we found homes with very high levels of methane when their water bubbled due to gas. The biggest risk from methane in water is explosions, which could happen in a basement or sheds where gas builds up. Also, a well that leaks methane could be leaking other things into the groundwater."

The government does not classify methane dissolved in drinking water as a health hazard.

Such contamination was typically traced to natural gas wells with insufficient cement barriers to separate them from surrounding rock and water or to improperly installed steel casings that allow the gas to travel upward.

Hydraulic fracturing wells that were installed at depths of 3,000 feet or less posed a risk for groundwater contamination. Jackson found there were at least 2,600 such shallow fracking wells in the U.S., many of which were drilled directly into freshwater aquifers.

In California, Jackson discovered hundreds of wells drilled into aquifers fewer than 2,000 feet from the surface.

“There are a lot of pockets of natural gas and oil that are found in shallow levels, plus we don't do very deep drilling because of seismic activity,"Jackson said.

Regions of the U.S. with the highest risk for groundwater contamination from fracking include California as well as parts of Pennsylvania and Texas where bedrock is naturally fractured. Millions of abandoned oil and gas wells in California, New York, Pennsylvania, Texas and other gas-producing states also pose a threat.

Local geology plays a role in leaks. For instance, when Jackson sampled groundwater in Arkansas, he didn't encounter contamination because rock formations provided a seal against potential leaks.

But fracking has led to significant increases in groundwater contamination in Pennsylvania and Texas. He found high levels of methane, ethane and propane in the drinking water of homeowners living within half a mile of wells in northeastern Pennsylvania, near the Marcellus shale gas field.

“Fracking can be and is done safely much of the time," Jackson said. “Occasionally, though, companies make mistakes. We need to understand why they occur and how to prevent them from happening elsewhere."

Bill McKibben: It's Not Just What Exxon Did, It's What It's Doing