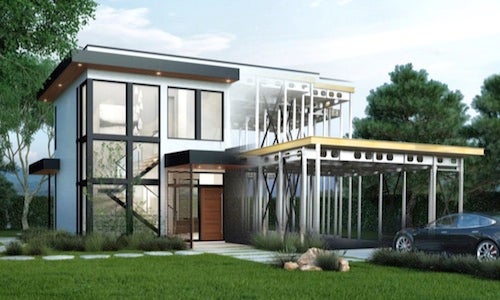 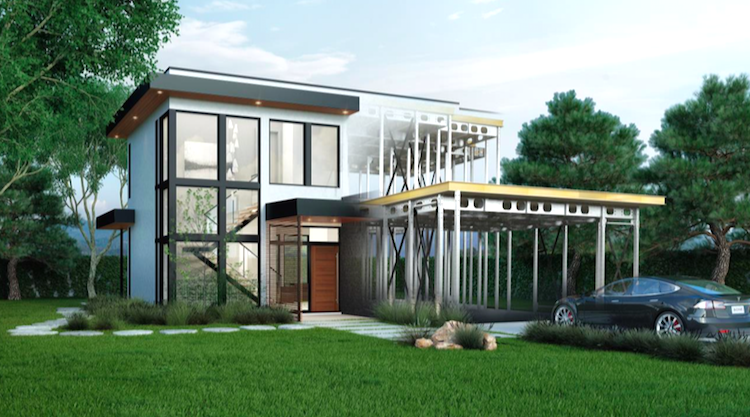 The Stanford professor’s Solutions Project famously lays out roadmaps for 139 countries, including the world’s major greenhouse gas emitters, to switch to 100 percent clean, renewable energy generated from wind, water and sunlight for all purposes by 2050. He made an appearance on the Late Show With David Letterman in 2013 and said we already have enough wind to power the entire world “seven times over.”

It’s no surprise then that his new house is incredibly eco-friendly. The 3,200-square-foot, three-bedroom, three-bathroom home was designed and built by Canadian prefab homes company BONE Structure. The building is zero-net energy (ZNE), which means that the total amount of energy used by the home equals the amount of energy created on site. 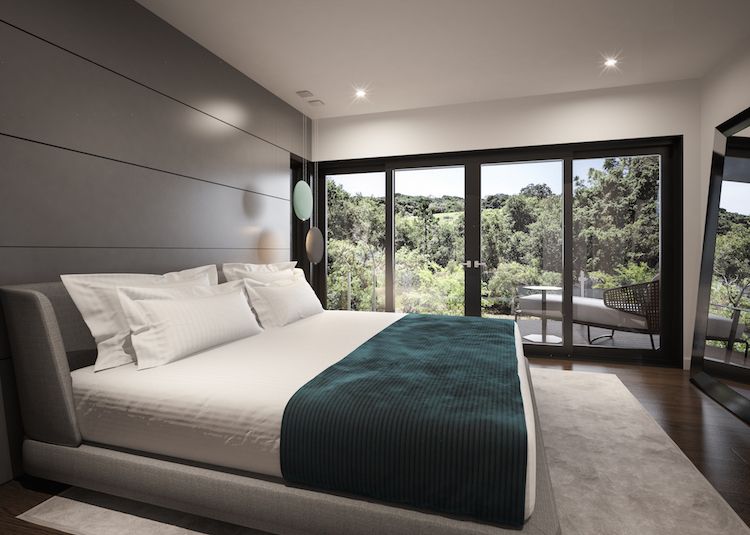 A rendering of the master bedroom. Photo credit: BONE Structure

The house runs on 100 percent electricity with the help of rooftop solar, a Tesla Powerwall for energy storage, a Tesla charger for his electric car and Nest appliances. The property doesn’t even have gas lines.

“The net energy efficiency, once the envelope is leak-proof, is due not only to the structure but also to energy sources and appliances,” Jacobson said. “I have no gas going onto the property; instead, all energy comes from electricity. I will use electric cars, heat pumps for air and water heating, and an electric induction stove. The house will be powered by solar panels on the rooftop and energy will be stored using Tesla batteries in the garage.” 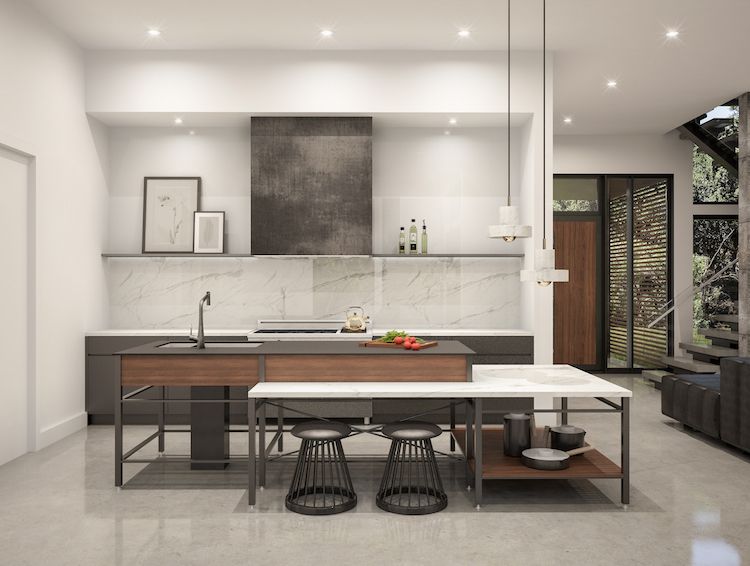 A rendering of the kitchen. Photo credit: BONE Structure

Jacobson, who is the head of the Atmosphere and Energy Program at Stanford University, commissioned the company to build his new abode in order to meet his green building standards.

“I study climate and air pollution problems and try to solve them through large scale, clean, renewable energy and I try to practice what I preach,” he said.

Jacobson also pointed out that because BONE Structure’s homes are prefabricated, it reduces waste, decreases dust and minimizes disruption to neighbors because they are faster to build.

The home’s shell is made of 89 percent recycled steel that is 100 recyclable, seismically resilient (ideal for earthquake-prone California) and safe from damage by termites and mold.

BONE Structure’s homes are built from columns and beams that are laser cut in a manufacturing plant, making it endlessly customizable.

“The steel frame system allows for exciting design features that would not be possible using traditional building methods,” Jacobson, who lives on an odd-shaped lot, explained. “Interior spaces and window lines can run up to 25 feet between columns.”

Additionally, as Curbed reported, thanks to a “clip-together design,” the frame took less than a week to put together. According to the publication, “another week was spent spraying it with a soy-based foam that, once dry, should provide an airtight envelope that insulates and keeps the steel from shrinking or contracting with the weather.” 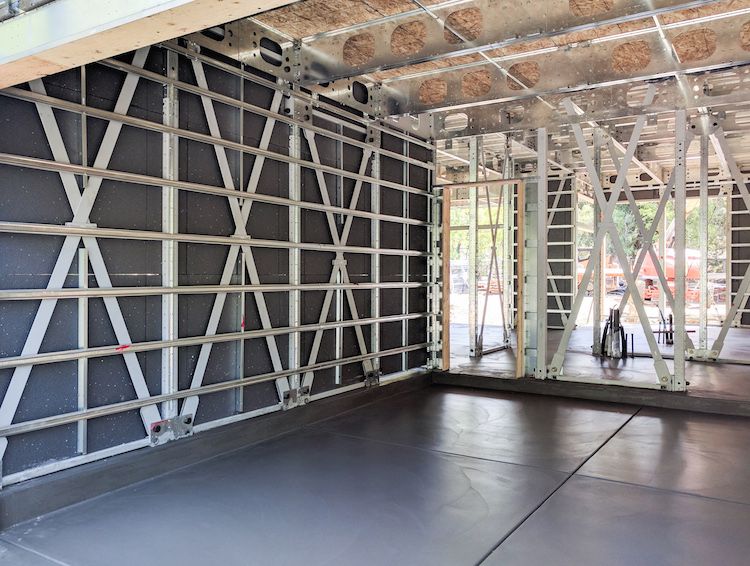 The house is designed to meet California’s ZNE goal that calls for all new houses in the state to be ZNE by 2020. Jacobson’s new residence is the first BONE Structure home in California.

“This is a great first project for BONE Structure in California and a perfect example of the benefits of our system,” Charles Bovet, vice president of BONE Structure, U.S., said. “Stanford is an academically and environmentally focused community and a perfect location for our first net zero home. Our shells are net zero ready, meaning they are extremely energy efficient and with the addition of a small solar system they can produce more energy than they consume.”

The company, which has an office in San Francisco, expects to build 50 more new homes in California this year and is also is scaling up to produce 1,000 residences per year “to address growing demand for this disruptive home construction technology making it the only net zero-ready energy builder that can produce homes on a large scale.”