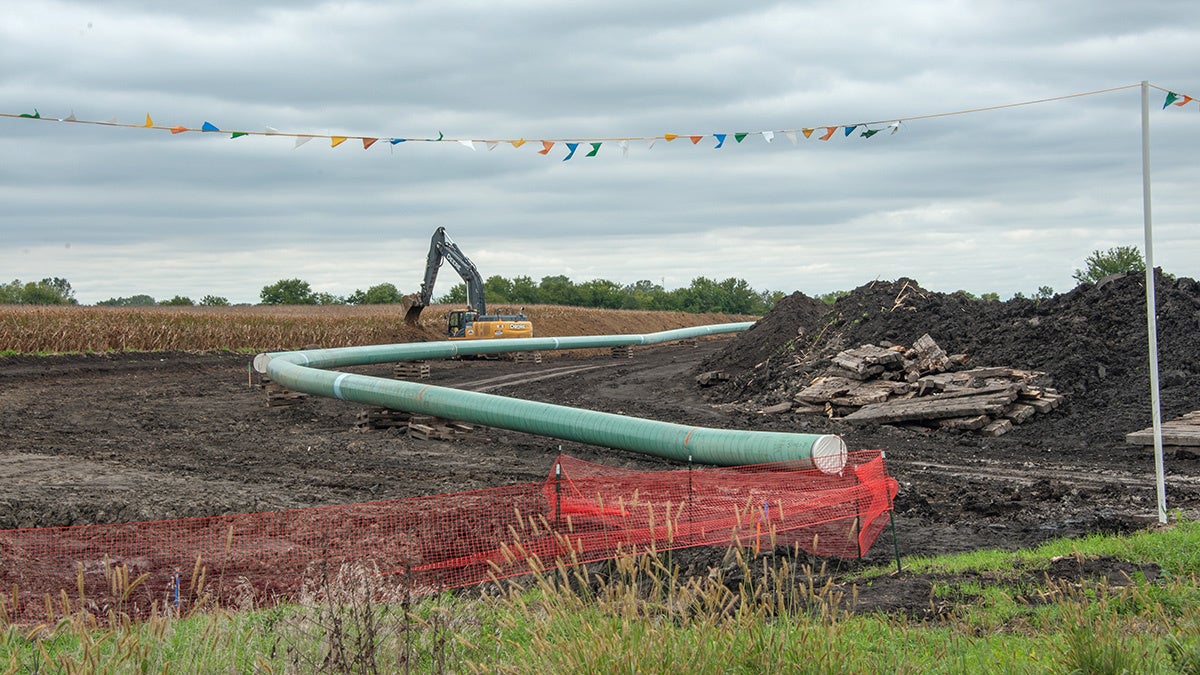 The Dakota Access pipeline being built in Iowa. Carl Wycoff / CC BY 2.0

The fight between the Standing Rock Sioux and the owners of the Dakota Access Pipeline is back on, as the tribe opposes a pipeline expansion that it argues would increase the risk of an oil spill.

The two sides made their cases at a hearing before the North Dakota Public Service Commission in Linton, North Dakota Wednesday, as Reuters reported. Dakota Access LLC is seeking permission to build a pump station that would up the pipeline’s capacity from 570,000 barrels per day (bpd) to 1.1 million bpd.

“The DAPL (Dakota Access Pipeline) capacity expansion will increase both the likelihood and the severity of spill incidents, and Dakota Access has failed to provide the commission with critical information necessary to properly evaluate the magnitude of those increased risks,” the Standing Rock Sioux wrote in a Nov. 8 brief to the commission reported by Reuters.

The Tribe is concerned that, if approved, the DAPL capacity expansion will set the stage for yet another Energy Transfer pipeline spill, with devastating consequences for the Tribe, the environment and the citizens of North Dakota.

The Standing Rock Sioux opposed the initial construction of the pipeline because it passes beneath the Missouri River, which they use for water, at a point just north of their reservation, an Associated Press story published by Minnesota Public Radio explained. Protests against the pipeline led to hundreds of arrests in 2016 and 2017.

“I’m here because they want to double the risk of a spill,” Indigenous Environmental Network organizer Joye Braun, who helped lead the protests in 2016 and 2017, told the Associated Press at Wednesday’s hearing.

Energy Transfer, the Texas-based company that owns the pipeline, claimed that the expansion would not increase the risk of a spill.

“I assure the commission we plan to cut no corners on this work,” Chuck Frey, Energy Transfer vice president of engineering, said at the hearing.

The company says the expansion is needed to move increased output from the Bakken shale, Reuters explained. Construction of the pump station would begin in spring of 2020 and take up to 10 months.

Standing Rock Sioux Tribal Chairman Mike Faith told the Associated Press that he did not believe the expansion would not increase risk.

“There are no guarantees for anything,” Faith said. “I’m telling everybody to stay strong and let the process handle itself. I feel positive.”

The hearing comes about two weeks after another pipeline caused a spill in North Dakota: TC Energy’s Keystone Pipeline spilled 383,000 gallons of crude in late October.