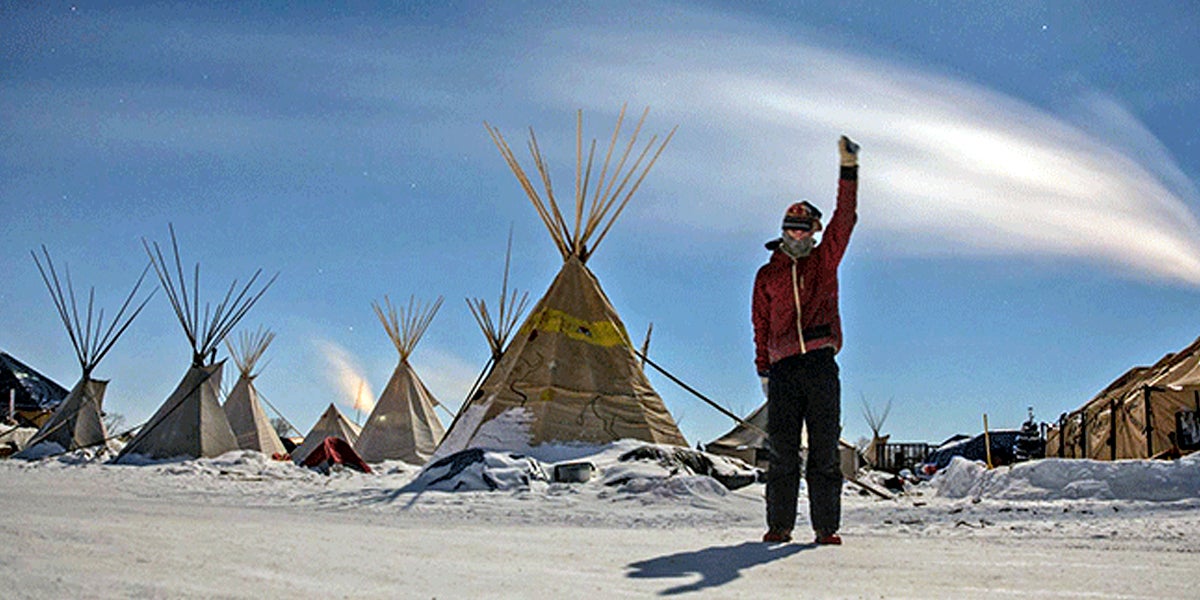 The Latin phrase for horrible year rings hollow when you think about the events of this year and the Lakota phrase mni wiconi. Water is life. Make no mistake: Year 2016 is an inspirational and historic moment. Standing Rock is no longer just a geographic location but words that call each of us to do more. Standing Rock is a reminder that people standing together can do amazing things when facing injustice.

Think about the ways we have been seduced by our own progress. In September, for example, President Barack Obama praised the Paris agreement on climate change and called it “the single best chance that we have to deal with a problem that could end up transforming this planet in a way that makes it very difficult for us to deal with all the other challenges that we may face.” Lofty words. Yet the actual government actions to implement those words have been, at best, limited. Baby steps. Imagine a framework that starts with the promise of Paris and then builds decisions based on that. In that scenario there would have been no debate about the Dakota Access Pipeline because we wouldn’t need it.

But at least for the next four years, the government will be the adversary. The entire apparatus of state will look more like the Morton County Sheriff’s office than our ally. We will all face water cannons rather than comforting language. But we can be clear about the challenges ahead knowing that the government is absolutely wrong about the very nature of the problem.

So what does our nation’s Standing Rock moment look like?

In some ways it’s already unfolding. The BP Statistical Review, an energy industry outlook, reports that carbon emissions in 2015 already showed “the lowest growth in emissions in nearly a quarter of a century, other than in the immediate aftermath of the financial crisis.” Similar data show we are driving fewer miles and there is steady growth in renewable energy sources. And there’s this tell: The amount of capital that’s being invested in clean energy development, $328 billion, is the most ever.

Oil production in the Bakken region was down in 2016 by some 13,000 barrels a day. The oil industry hopes that the new Trump administration will change that and flip the switch that brings back consumption. In fact, oil companies, as well as the state of North Dakota, cling to the idea that oil production will magically double to around 2 million barrels a day. And that idea is bolstered by upticks in oil prices, new well production, and more drilling.

But the opposite is possible. We can continue to shrink our oil appetites. We can set Standing Rock as the framework for consumption. This is one way to challenge the oil uber alles mentality of the Trump administration. We walk. We adjust the temperature in our houses. We measure our own carbon consumption with the goal of reducing it by 20 percent or more.

Standing Rock captured our imagination. And while it was only one battle, the tribe and its allies showed the world how to defeat powerful forces. Now the larger test is making further oil production irrelevant.

Mark Trahant is an independent journalist and a journalism professor at the University of North Dakota. He’s a member of the Shoshone-Bannock tribes. His most recent project is TrahantReports.com. He is a contributing editor at YES! Follow him on Twitter at @TrahantReports. Reposted with permission from your media associate Yes! Magazine.