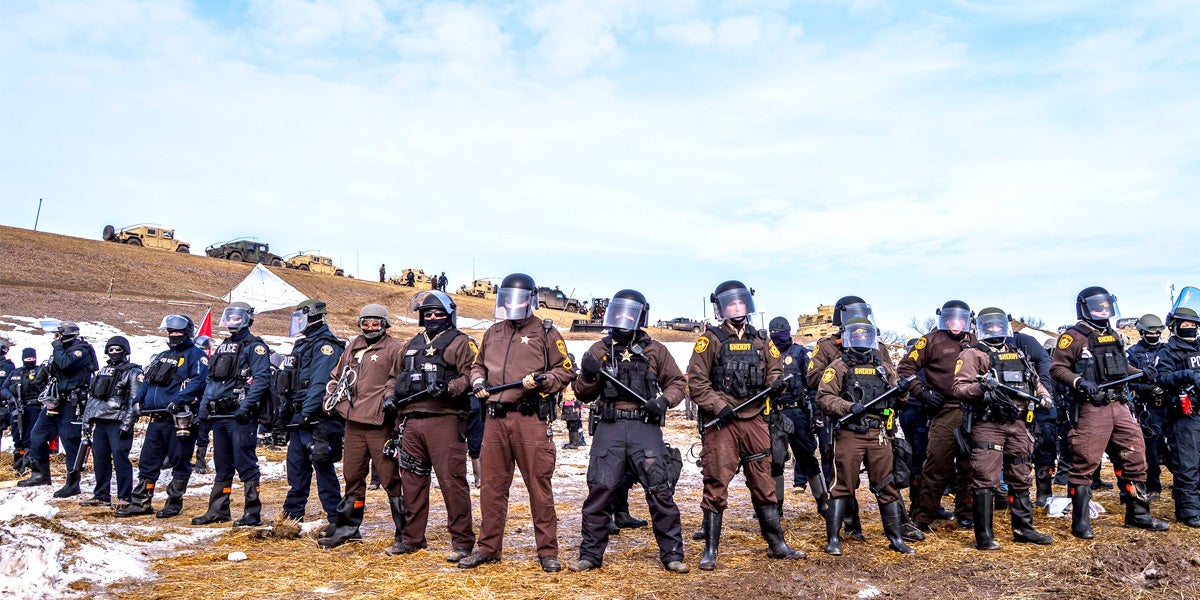 But in the face of such violence and intimidation, the growing movement against new fossil fuels will not be intimidated, it will only grow.

The latest violence was Thursday morning. In highly distressing scenes for anyone who has been involved fighting the highly controversial Dakota Access Pipeline, highly militarized law enforcement—some carrying guns, riot gear and backed up by Humvees and bulldozers—moved into the Oceti Sakowin camp near the pipeline route.

Their aim was to officially shut it down and clear it. Only the last hundred or so defiant protectors remained. Some 46 people, including journalists, veterans, elders and other water protectors who had remained were said to have been arrested. Many others had left the camp voluntarily the day before, marching in solidarity arm in arm out of the camp. 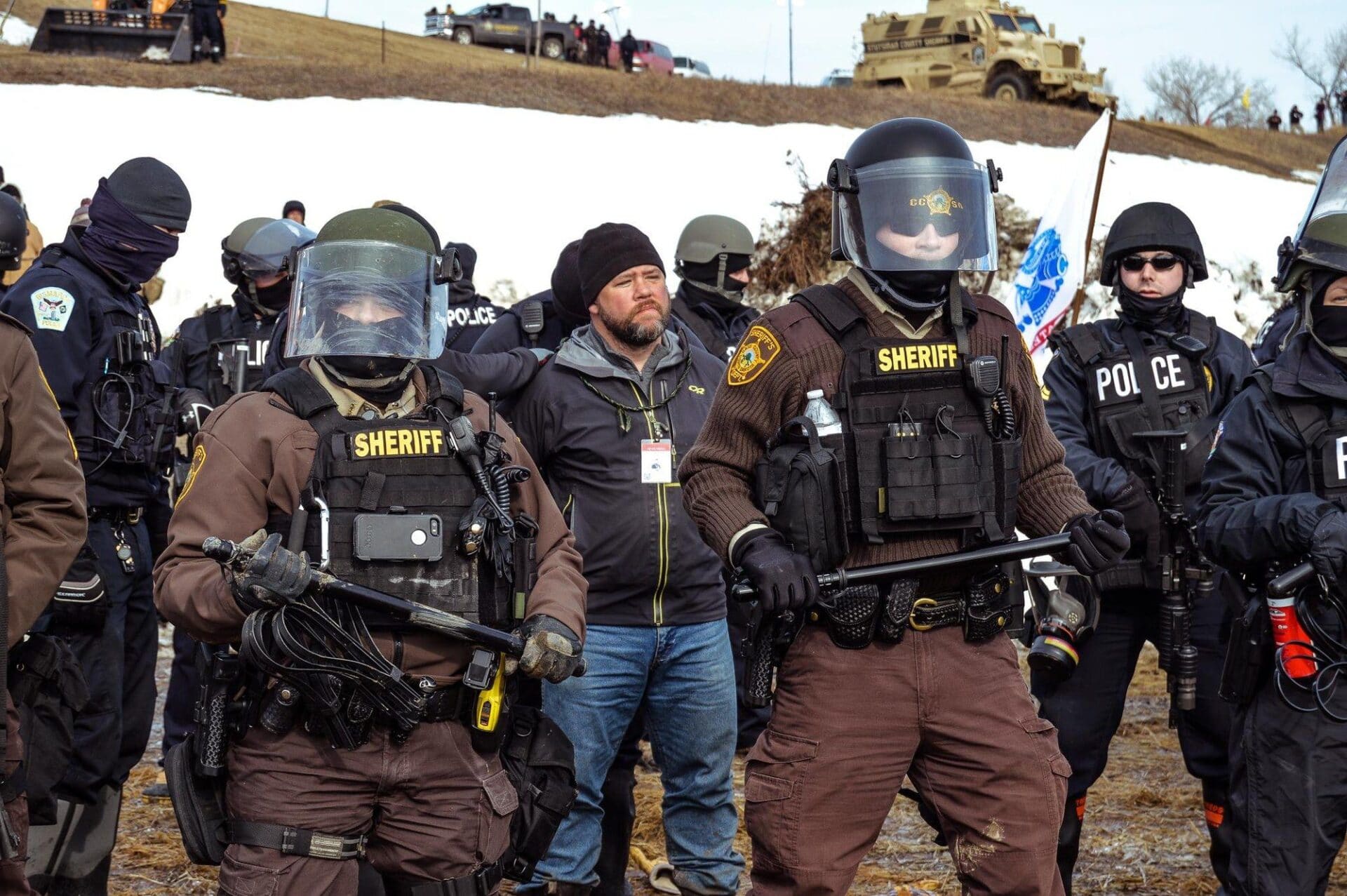 Last week, the North Dakota governor had given a deadline of mid this week for people to leave. By Wednesday, the camp had been surrounded by police and military. As they left many people burned their tents, teepees and shelters in a symbolic act of defiance.

Chase Iron Eyes of the Standing Rock Sioux Tribe said: “It reminded me of pictures or maybe memory in my DNA, of the massacres, when you see teepees and structures burned; it was extremely traumatic, a heavy feeling.”

There was outrage at the over-use of force Thursday. “Knifing tipis and pointing loaded rifles at the occupants. It’s the 1800s all over again,” tweeted Ruth Hopkins, a former judge for the Spirit Lake Nation and Crow Creek Sioux Tribe.

Knifing tipis and pointing loaded rifles at the occupants. It's the 1800s all over again. https://t.co/ODIh9sOt1d

The activities by the authorities Thursday are just not acceptable.

However, from the ashes of the camp, comes a new empowered movement that will resist this horrendous Trump assault on the environment and on Indigenous rights.

Tom Goldtooth, executive director of the Indigenous Environmental Network, said the forced evacuation was a “violent and unnecessary infringement on the constitutional right of water protectors to peacefully protest and exercise their freedom of speech.”

However, Goldtooth, added: “Our hearts are not defeated. The closing of the camp is not the end of a movement or fight. It is a new beginning. They cannot extinguish the fire that Standing Rock started.”

Others were equally angry: James T. Meggesto, a member of the Onondaga Indian Nation, told Salon:

Today is a sad reminder that at its core, this dispute has always been about environmental justice and the lack thereof in Indian country, because once again Indian people are literally being forced to accept a dangerous oil pipeline directly upstream of their water supply that was rejected by a non-Indian community for precisely this reason.

After watching the events unfold, Chairman Frazier of the Cheyenne River Sioux said:

What I have witnessed today is pretty sickening. Really disappointed. Like in our history we will rise again. I feel more defiant than ever. There are a lot of things that North Dakota have done that they need to pay for. To destroy sacred sites, ceremonial lodges. They have to be held accountable … They have no respect for our way of life and for all the people in the camp.

In a defiant post on Facebook Thursday, one of the activists and community organizer, Lyla June, said:

We united people from all races behind a common dream and that is a win … And we fought in a manner that was so beautiful, with so much honor and dignity .. The other win is that we gave our bodies on the line, we fought in courts, we fought financially, we have done everything in our power to protect our water and that is a win. We are going to continue by taking the money from Wells Fargo and other banks.

And as if on cue, Thursday the German bank BayernLB, which has $120 million invested in the pipeline announced they will “withdraw from the financing contract at the earliest possible date.” Furthermore, they will not be renewing their contract with Energy Transfer Partners.

The move came after a petition had been handed to the bank with more than 300,000 signatures opposing the pipeline.

So the camp may be gone. The fight will continue. The seeds have been planted. And they will continue to grow. We will resist Trump and his fossil fuel cronies. This is not the end, just a new beginning of resistance.