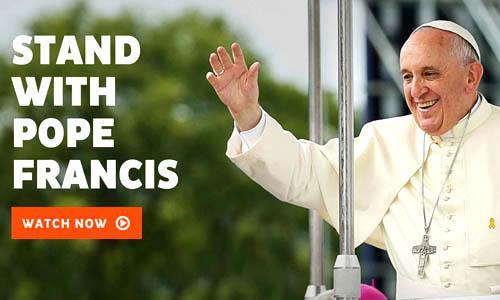 Ahead of Pope Francis’ first visit to the U.S., NextGen Climate today launched a national campaign calling on our leaders to stand with Pope Francis and embrace clean energy solutions that protect our common home and secure our children’s future. 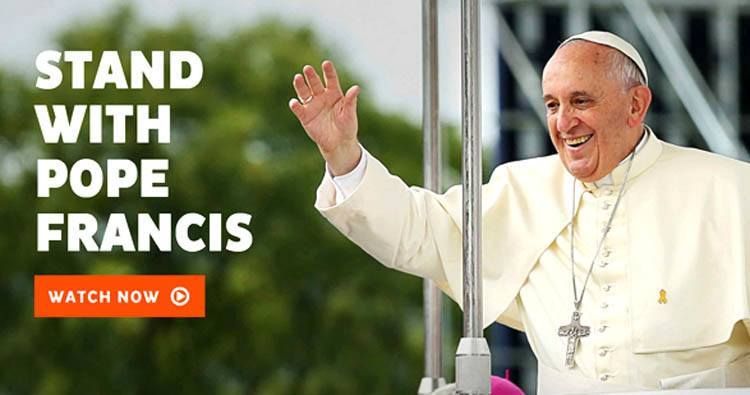 In the coming weeks, NextGen Climate will run TV, print and digital ads highlighting the diverse coalition of Americans who are answering the Pope’s moral call to action on climate change. NextGen Climate will also partner with Nuns on the Bus, a campaign of NETWORK, a National Catholic School Social Justice Lobby, to host rallies and events in Columbus, Ohio and Washington, DC urging our leaders to join the fight to build a clean energy future.

“Pope Francis’ visit to the United States has the power to shift the conversation about climate change in a very real way,” said NextGen Climate President Tom Steyer. “His may be the most important voice in the world. Now, it’s time for Congress to join the growing coalition of military, faith and business leaders answering the Pope’s call to take action on climate change.”

Beginning this week, NextGen Climate will launch a robust national advertising campaign that will reach millions of Americans and amplify the Pope’s powerful message. The new television ad, “Dear World,” which will run in both English and Spanish, features excerpts from the Pope’s climate change encyclical in a powerful call to action. This ad will air in Washington, DC, Ohio, New Hampshire, Iowa, Florida and Pennsylvania and on national cable as part of a $2 million ad buy.

As part of the national campaign, next week NextGen Climate and Sojourners will publish a letter from national and state faith leaders calling on our political leaders to answer Pope Francis’ call to action on climate change. The letter will run as a full-page ad in the New York Times, Des Moines Register, Concord Monitor, Miami Herald and the Cleveland Plain Dealer.

NextGen Climate is also running digital ads on Snapchat, Facebook and Twitter and the websites of The New York Times and The Hill during the Pope’s visit to the U.S.