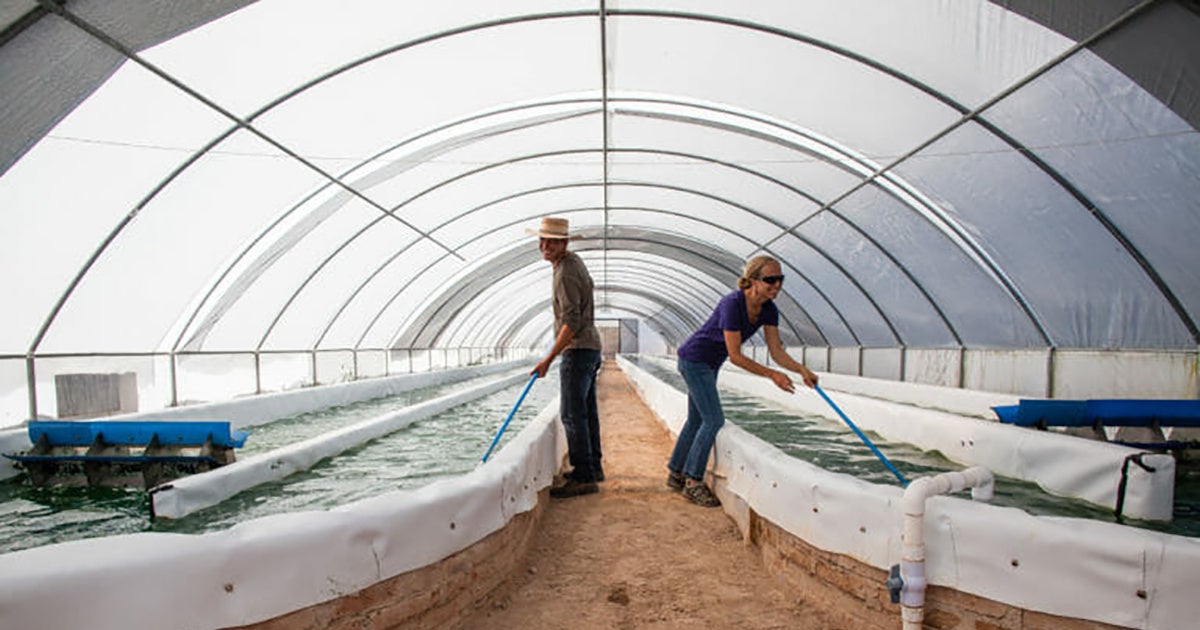 It’s been a cold and rainy fall in San Miguel de Allende in central Mexico. Ten miles out of town, in the mesquite-covered campo next to the Rio Laja, Francisco Portillo and Katie Kohlstedt, the owners of Spirulina Viva, are keeping a close eye on their crop. Spirulina doesn’t like the cold, said Portillo, or excessive heat, too much sunlight or if the pH is too high or too low. It’s a wild algae that has been around for more than 3.5 billion years and learned what it likes.

If the power goes out on the agitating paddle wheels, they have to grab some brooms to keep the flow moving, oxygenating with each stroke. They collect two kilos from each tank in the fall, and double that in the summer. They harvest in the morning, which is when the phytonutrient C-phycocyanin—which gives spirulina its superfood reputation—is most concentrated.

The pair met in Baja California Sur more than a decade ago and had planned to volunteer through World Wide Opportunities on Organic Farms (WWOOF) on their way south to Patagonia. They worked on 13 different farms, from cacao to shiitake, eating spirulina the entire way. “We never got sick and never felt weak,” remembered Kohlstedt, “and we were eating crappy because it’s hard to feed yourself well when you travel.” 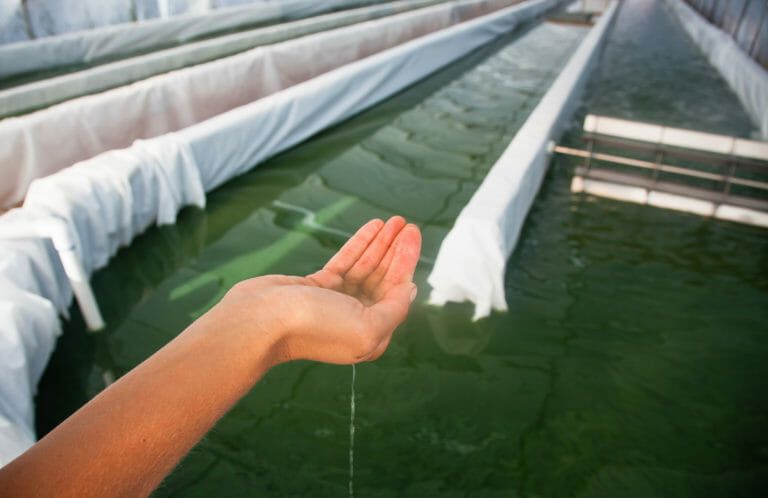 In Brazil, they shared a cab with an “algaepreneur” from France, where artisanal spirulina is particularly popular. He invited them to pitch their tent on his farm and check out his single pond operation. They jumped at the chance (“I will be your slave!” enthused Kohlstedt). Inspired by what they saw and with Kohlstedt pregnant with their first son, Kai, the couple returned to Portillo’s home in San Luis Potosí, Mexico. In 2010, they set up Spirulina Viva in the countryside outside the resort town of San Miguel de Allende, taking out loans, building a home, sinking a well and constructing two greenhouses to house four 42-meter-long “raceway” tanks.

They started with half a liter of blue-green Arthrospira maxima, the same variety that the Aztecs harvested from Lake Texcoco. A year later, it was producing 1,000 liters a month. After they skim it off the surface, the living algae gets strained and goes directly into the freezer, where it remains dormant but doesn’t die. “It’s actually still living,” said Portillo. “You can unfreeze it and put it in a culture medium and it will grow again.” 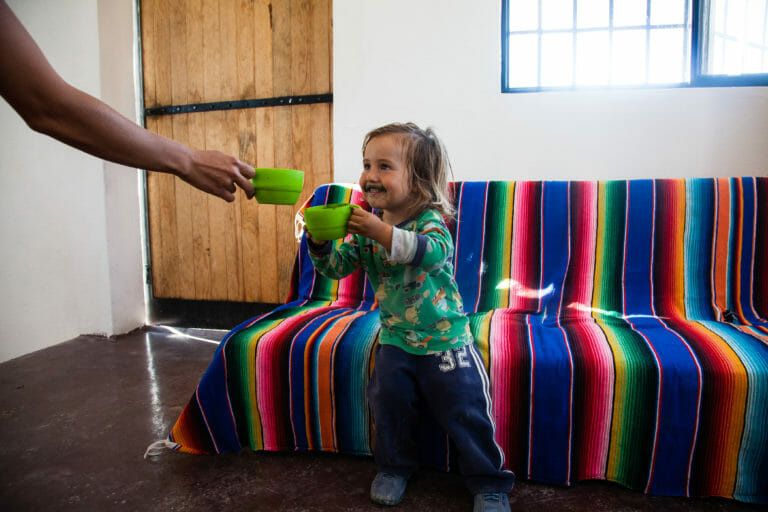 They sell their product locally, to trendy restaurants and juice bars in San Miguel de Allende, and across the country. For a while, they conducted workshops to teach people how to grow spirulina at home, but that proved to be more trouble than it was worth. Nobody could keep their home algae alive, and they called day and night for advice.

“This is enough work,” said Kohlstedt. “Many people want to live in the countryside, grow stuff and live the dream, but then growing tomatoes is hard and they are cheap. We thought this would be easier.”

Under the microscope in the farm’s office, their crop becomes clearly visible: left-branching filaments, shaped like coiled springs, and none larger than five centimeters. They sell mostly fresh-frozen squares, not dried—even though the shelf life is much longer. A friend in Oaxaca makes pasta from it, but Kohlstedt thinks that’s a distraction from eating fresh, which is how you reap most of the benefits.

People may buy spirulina with good intentions, but they often don’t use it because it tastes bad and has an intense and noticeable taste. “It sits in the pantry unused because it ruins smoothies,” she said. “With fresh spirulina, smoothies are creamier.” Fresh spirulina is also almost flavorless. It blends seamlessly into sauces, guacamole, stews and baked goods, but its deep green color is impossible to hide. “People get hung up on the color,” said Kohlstedt with an exasperated grin. “What color do you want your food to be?”