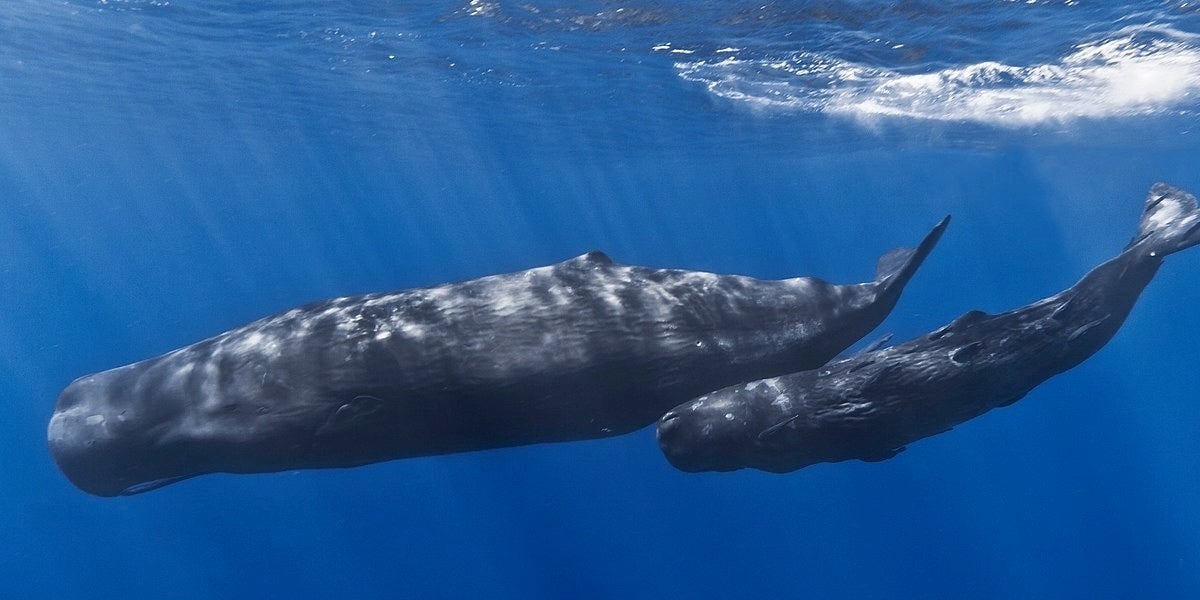 Sperm
whales live in all the world’s major oceans, but they tend to stay away from extremely cold waters near the poles. So you can imagine the surprise when scientists spotted a pair of these whales farther from their usual range.

They initially thought they spotted killer whales, but later realized it was actually a species rarely seen in the area.

“It’s only the second recorded observation of sperm whales in the region. Back in 2014 local hunters spotted them,” Laforest told the CBC. He noted it was “really shocking” to see these southern whales so far north.

A
clip of the sighting was posted in October:

The head and upper body of a sperm whale contains oily fats that turn waxy in cold waters, meaning they are ill-equipped to swim in colder waters, The Guardian reported. Their fleshy dorsal fins are also ineffective at breaking through ice.

But climate and oceanographic change on sperm whales can potentially affect their typical habitat and feeding range, according to the National Oceanic and Atmospheric Administration.

Laforest told the CBC that the whales he saw have likely returned south, but their stopover in Pond Inlet suggests the region is becoming “more open for them to exploit in terms of accessing food.”

Their primary prey is giant squid. Marine biologists have found that squid and other cephalopods are
appearing to thrive in warming oceans.

This is good news for sperm whales, Laforest added to the CBC. However, their presence could be bad for Arctic species such as the bowhead “which traditionally live without much competition because of their intense adaptation to live in a relatively harsh environment.”

Humpbacks use songs to communicate, search for food, find mates and navigate the seas, but their voices are being drowned out by human activity ?https://t.co/q2BMXIG7EI