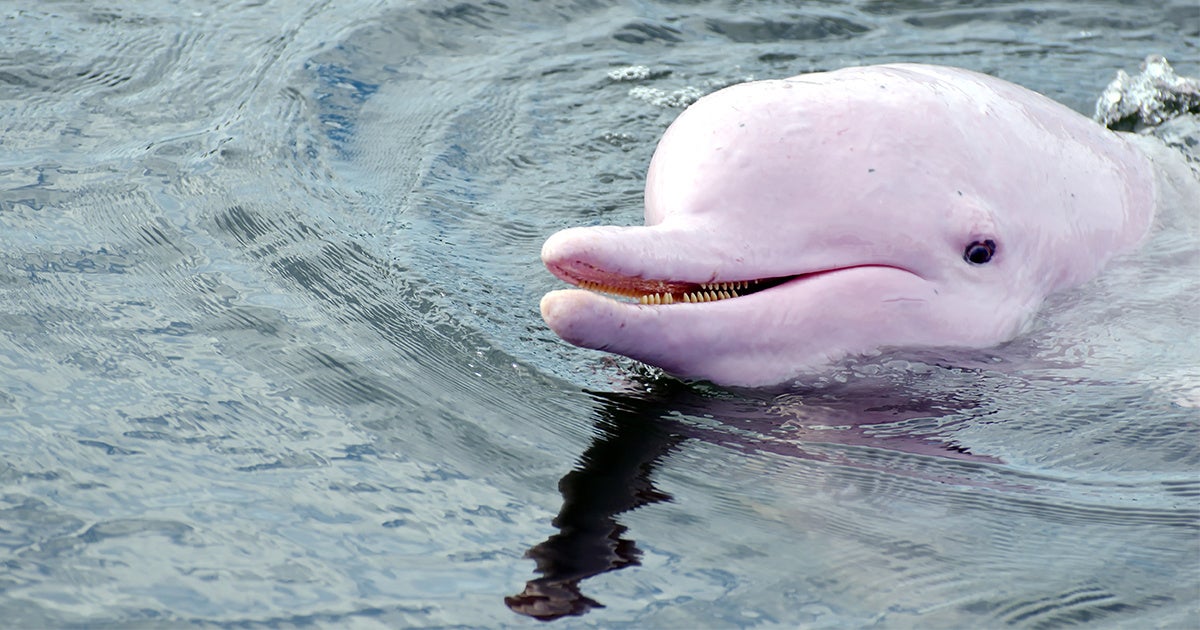 A new WWF and Mamirauá Institute for Sustainable Development report, released Aug. 30, reveals that a new animal or plant species is discovered in the Amazon every two days, the fastest rate to be observed this century. The findings come as huge parts of the forest are increasingly under threat, sparking further concern over the irreversible—and potentially catastrophic—consequences unsustainable policy and decision-making could have.

The latest 2014-2015 survey indicates the highest rate of discovery yet, with a species identified every 1.9 days. The average number of new species found in the Amazon in WWF’s 1999-2009 report was 111 a year, or one new species every three days, while the 2010-2013 report revealed that at least 441 were discovered, which works out at a rate of one new species every 3.3 days.

Ricardo Mello, coordinator of WWF-Brazil Amazon Programme, said that life within this biome is still a great enigma: “We’re in 2017, verifying the existence of new species and even though resources are scarce, we are seeing an immense variety and richness of biodiversity. This is a signal that we still have much to learn about the Amazon.”

Mello also stated that the new findings should compel decision-makers, both public and private, to think about the irreversible impacts caused by large-scale projects such as roads and hydroelectric dams in the Amazon.

“This biodiversity needs to be known and protected. Studies indicate that the greatest economic potential of a region such as the Amazon is the inclusion of biodiversity in the technological solutions of a new development model, including development of cures for diseases, relying on new species for food purposes, such as superfoods.”

The report comes the week after Brazil’s government passed a decree allowing mining in the National Reserve of Copper and Associates (Renca), a huge protected area the size of Switzerland which encompasses nine protected areas. Opening protected areas of the forest up for deforestation and mining could be disastrous for wildlife and local cultures and indigenous communities. While the decree has since been revised to clarify that mining will not be allowed in conservation or indigenous areas within the former reserve, following national and global outcry, challenges persist for the world’s largest tropical forest.

For João Valsecchi do Amaral, technical and scientific director at the Mamirauá Institute for Sustainable Development, the new knowledge brought by this report will help to identify areas or species that are reeling under pressures, to monitor this biodiversity and establish new strategies of conservation.

“For the conservation of species, it is necessary to know what they are, how many there are and their distribution. These are key details to ensure that ecological and evolutionary processes are understood and maintained to ensure the species survival,” he explained.

The creation of protected areas is among the strategies cited in the report to lessen the negative impact of the development that the Amazon is—and will continue to be—subject to.

The description of new species and the dissemination of scientific results can help raise public awareness and understanding on the importance of the Amazon and the need for greater and more comprehensive knowledge of its biodiversity. They can also form the basis for strategies related to the establishment of protected areas and public conservation policies.

Due to its vast size, variety of species and diversity of habitats, the gaps in scientific knowledge about the Amazon are still enormous. The majority of species recordings are based on observations and collections made along the main rivers, near big cities and in the few protected areas most frequently studied. As a result, new studies on the Amazon’s biodiversity, particularly those conducted in the forest’s most remote areas, continue to reveal large numbers of species that are as yet unknown to science—and humanity.

As well as recording the new species of vertebrates and plants discovered in the Amazon between January 2014 and December 2015, the report also included an update on species identified in a previous 2010- 2013 report.

The report, which consolidated the findings from a number of different researchers, highlighted some of the most fascinating finds, including:

The Amazon contains nearly a third of the earth’s remaining tropical rainforests, and despite covering only around one percent of the planet’s surface, it is estimated to be home to 10 percent of the earth’s known species. Globally, it is estimated that 80 percent of species are yet to be identified.The current rate of human-related extinction of species is between 1,000 and 10,000 times that of the natural rate of extinction. Knowing the total number of species in the region provides a baseline to monitor current and future biodiversity losses. The discovery of new species is important for environmental and natural resource management, and can guide the establishment of protected areas to safeguard wildlife and the communities that depend on these resources.