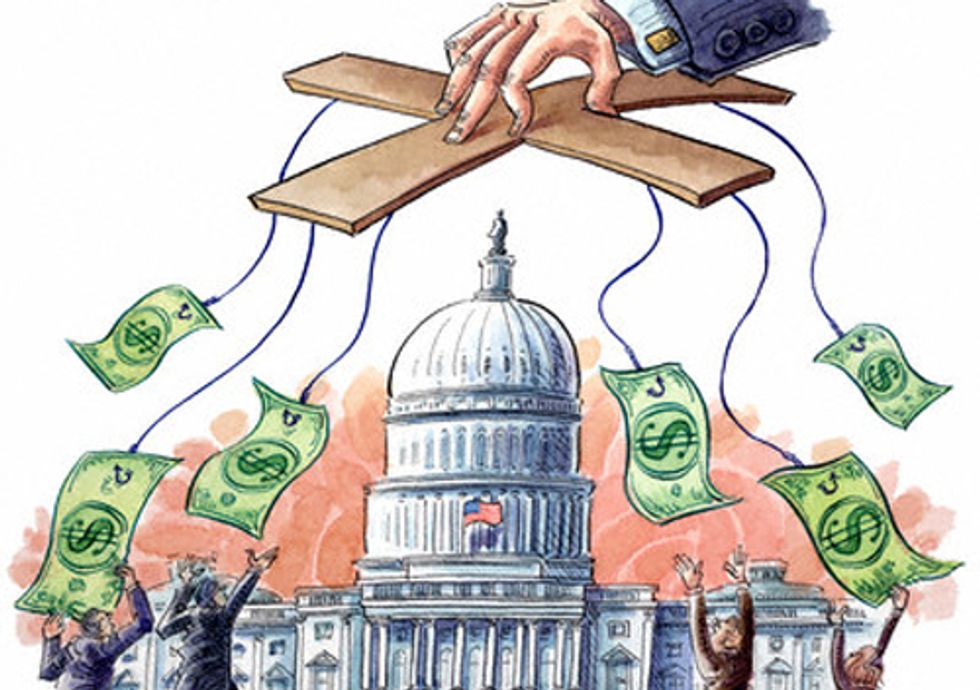 The pharmaceutical, medical device and biotechnology industries together spent more than $700 million in lobbying from 2009 through 2011, according to an analysis from the Center for Responsive Politics commissioned by the Union of Concerned Scientists.

By comparison, the oil and gas industry spent more than $467 million and the insurance industry spent nearly $481 million during the same three-year period.

While these companies differ in their specific objectives, a central lobbying target for all of them is the Food and Drug Administration (FDA), which must evaluate new drugs and medical devices for safety and efficacy as well as monitor them after they enter the market.

“All this money skews the debate and diminishes the public’s voice on these issues,” said Francesca Grifo, director of the Union of Concerned Scientists’ Scientific Integrity Program. “What’s at stake here is FDA’s ability to make independent, science-based decisions that affect our health and safety.”

The analysis comes as the Senate Health, Education, Labor and Pensions Committee held a hearing on March 29 on draft legislation to amend and approve an agreement between the FDA and medical products companies that governs how the agency approves drugs and devices. The companies have agreed to pay fees to the agency, and in exchange the FDA has agreed to meet certain performance standards in the review process, including a timeline for device and drug reviews. Congress must act on the legislation this year.

The analysis also showed that these industries were generous with their campaign contributions, giving nearly $6.3 million to 70 lawmakers who served on relevant committees from 2009 through 2011.

This year, several industry-friendly proposals are pending in both the House and Senate, including legislation that would reduce the FDA’s scrutiny of medical devices, relax conflict-of-interest standards at the agency, and emphasize speed and innovation over adherence to the FDA’s science-based standards for safe and effective drugs and devices.

“These industry-friendly legislative proposals, many of which will roll back reforms Congress approved in a bipartisan manner just five years ago, raise significant concerns about the increasing impact of special interests in our democratic process,” said Celia Wexler, Washington representative for the Scientific Integrity program. “Those interests are now threatening the role science plays in guiding policy that directly impacts public health.”

UCS is tracking several issues related to the roles of science and corporate interests at FDA, and conducted a recent survey of agency scientists and staff regarding industry influence and political interference in scientific work. Click here to view the survey’s results.