Speak Up for Florida’s Waters 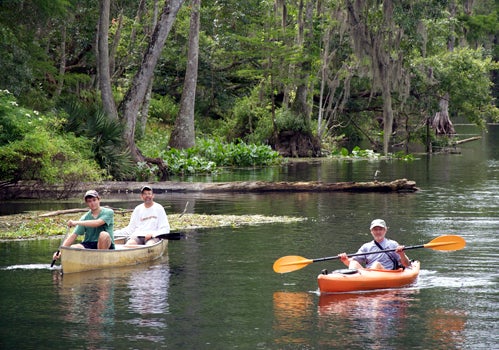 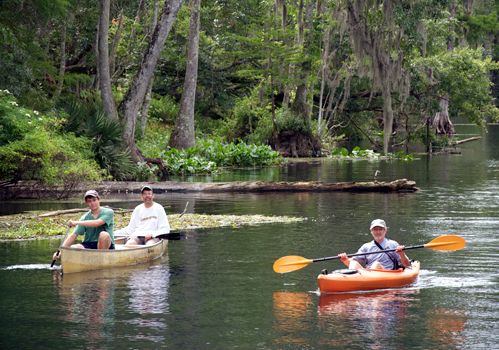 Kayakers on the Silver River. Photo from Brunet-Garcia Advertising Inc.

The Florida Conservation Coalition (FCC), a nonpartisan alliance of conservation organizations and concerned individuals, with support by the Silver Springs Alliance and Marion County Springs Festival, hosted a rally at Silver Springs State Park on June 23 to raise public awareness and garner support for the protection and restoration of the state’s imperiled waterways. Former Florida Governor and U.S. Senator Bob Graham was the signature speaker at the Speak Up for Florida’s Waters event, which attracted a crowd of more than 1,800 people.

Senator Graham called on Florida residents to be on the “front line of the protectors” for the state’s water resources. He encouraged Floridians to apply common sense and to encourage their elected leaders to do the same. “If we screw this up, we have killed the goose that laid the golden egg,” he said. 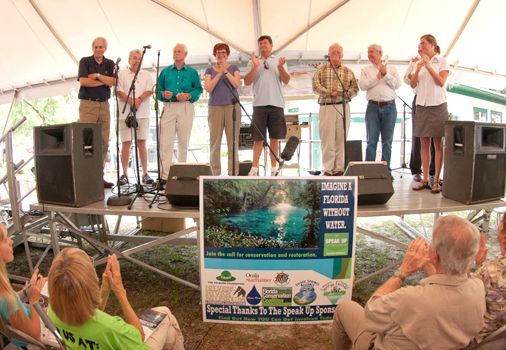 More than 1,800 attended the Speak up for Florida’s Waters event raising awareness and promoting protection and restoration of the state’s imperiled waterways. Photo by John Moran @johnmoranphoto.com.

The declining health of Silver Springs is emblematic of the challenges facing water resources throughout the state of Florida. Over the last few decades, Silver Springs and the Silver River have experienced a dramatic increase in nutrient pollution and a dramatic decrease in flow due to drought, groundwater over-pumping and neglect.

According to St. Johns Riverkeeper Lisa Rinaman, “the flow from Silver Springs has dropped from 800 cubic feet per second to 250 cubic feet per second in the past 12 years. The health of our waterways directly impacts Florida’s statewide economy.” Water-related recreational activities in Florida generate $970 million in direct economic benefits to local communities and 220,000 jobs in boating and marinas, fishing and marine science research.

Adena Springs Ranch, a large-scale cattle operation and slaughterhouse, is seeking a permit to withdraw more than 13 million gallons of water a day from the Floridan Aquifer. This is more water than is used by the entire nearby city of Ocala. Adena Springs Ranch would include up to 30,000 head of cattle in the springshed of Silver Springs, an area prone to runoff and leaching of nutrients and pollutants. Because of the historical, cultural and ecological importance of Silver Springs, the proposed cattle ranch and water permit have captured the attention of environmentalists throughout the state.

During this forum and in a letter dated June 18, the FCC requested that Florida Governor Rick Scott direct the Department of Economic Opportunity to assess the establishment of a Resource Planning and Management Committee, authorized under Chapter 380, Florida Statutes, which would harness the power of public and private stakeholders in developing a plan to correct the issues facing the state’s waterways.

The FCC plans to hold similar awareness events at different locations throughout the state. Visit Florida Conservation Coalition for information about future events and to learn how to help Florida’s imperiled waterways. As a result of the event, more than 1,000 people have signed the “Speak Up” petition asking Governor Scott to move quickly to protect Florida’s springs, rivers, lakes and groundwater by establishing a Resource Planning and Management Committee.

St. Johns Riverkeeper is a privately-funded 501(c)(3) nonprofit advocacy organization that serves as an independent voice for the St. Johns River. Our mission is to work on behalf of the community for clean and healthy waters in the St. Johns River, its tributaries and its wetlands, through citizen-based advocacy.

The Florida Conservation Coalition (FCC) is devoted to protecting and conserving natural resources that are essential to the quality of life and long-term economic prosperity in the state. The coalition works to ensure that safeguards are in place to protect and properly manage Florida’s rich natural environment, including the supply and quantity of its water resources.