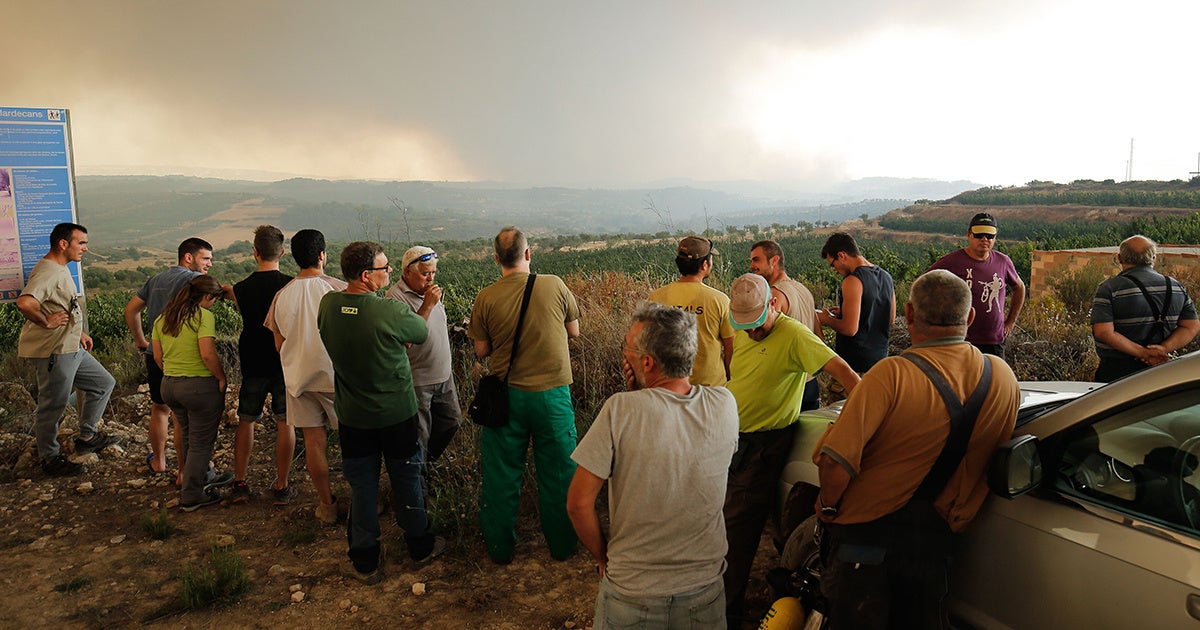 More than 500 firefighters and soldiers are battling Spain’s largest wildfire in two decades as Europe continues to wither under an extreme heat wave, The Guardian reported Thursday.

The fire has burned 12,355 acres in the Catalan province of Tarragona, killed hundreds of sheep and forced 53 people to evacuate their homes.

“We’re facing a serious fire on a scale not seen for 20 years,” Catalan interior minister Miquel Buch said in a tweet reported by The Guardian. “It could burn through 20,000 hectares. Let’s be very aware that any carelessness could lead to a catastrophe.”

The fire ignited Wednesday, and authorities believe it started when chicken manure poorly stored on a farm spontaneously combusted in response to the high heat, USA Today reported. The paper explained the phenomenon:

Spontaneous combustion can occur when materials self-heat, reaching a high enough temperature for ignition to occur, according to the National Park Service. In the case of manure, microbes inside the dung can release heat until “it erupts into fire,” according to Wired magazine.

“The problem is not so much the resources available but rather the difficulty of the terrain and the weather conditions,” he said in an interview reported by USA Today.

Temperatures are expected to top 44 degrees Celsius in northern Spain and southern France, The Guardian reported.

In the southern French départements of Hérault, Gard, Vaucluse and Bouches-du-Rhône officials have raised the heat alert to red, the first time since the system was put in place following a 2003 heat wave that killed 15,000.

“All members of the public should be concerned, even those who are in good health,” the French interior ministry cautioned, according to The Guardian.

University meteorologist Ruben Hallali tweeted Thursday’s heat map for France next to a picture of Edvard Munch’s famous painting The Scream to emphasize the temperature extremes, The Guardian further reported.

So far, the extreme heat has claimed at least three victims. Three elderly French people died after suffering heart attacks while swimming, Grist reported. A 72-year-old homeless Romanian man who was found dead near a train station in Milan Thursday may also have succumbed to the heat, BBC News reported.

Meanwhile, June temperature records were broken in Germany, Poland and the Czech Republic on Wednesday, according to BBC News.

Stefan Rahmstorf of the Potsdam Institute for Climate Impact Research said the current heat wave was consistent with scientific predictions for the impact of the climate crisis.

The hottest summers since 1500 AD in Europe were: 2018, 2010, 2003, 2016, 2002. Each summer gets one vertical line, the histogram (grey steps) shows how frequent summers were in each temperature interval. Updated from Barriopedro et al in Science: https://t.co/qDuGzTOSjN pic.twitter.com/HEFi91w5sg