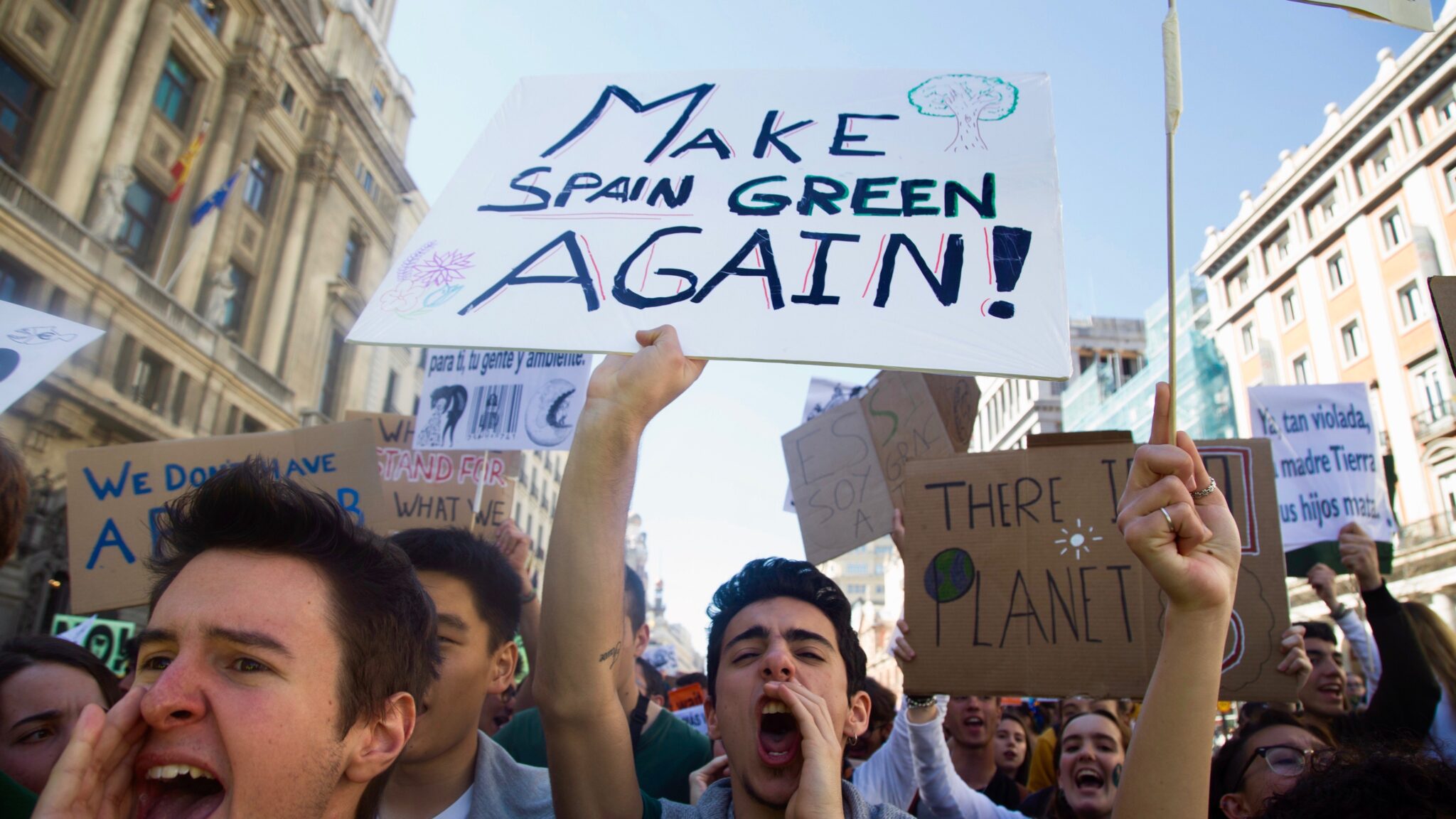 Hundreds of Spanish students in Madrid join the global movement "Friday for Future" in March to demand measures against climate change and protection of the environment. Lizana / SOPA Images / LightRocket / Getty Images

One day after Chile bowed out of hosting the COP25 UN Climate Change Conference, Spain has stepped up to the plate.

“Spain believe that multilateral climate action is a priority for both the UN and the EU, and one which demands the highest commitment from all of us,” Spain’s statement said, according to The Guardian.

The conference was supposed to be held in Chile from Dec. 2 to 13, but Piñera stepped away from hosting after his country was rocked by weeks of demonstrations against income inequality and police repression.

Carolina Schmidt, the Chilean environment minister and president-designate of COP25, communicated Spain’s offer to the UN, which will consider it next week, according to The Guardian. Spain has offered to host the talks, but Chile would retain presidency over them, The New York Times explained.

The conference, which is expected to draw around 20,000 delegates, would discuss the implementation of the Paris agreement to keep global warming to well below two degrees above pre-industrial levels, in an attempt to stave off the worst impacts of the climate crisis.

“It is encouraging to see countries working together in the spirit of multilateralism to address climate change, the biggest challenge facing this and future generations,” Executive Secretary of UN Climate Change Patricia Espinosa said in a statement.

The Government of #Chile, as incoming #COP25 Presidency, has informed me that they received a generous offer of support from the Government of #Spain to hold the @UN #ClimateChange conference in #Madrid on the same dates as originally planned.

However, some are concerned with what it could mean for the talks to move them away from Chile.

“It’s a shame that COP25 won’t be held in Latin America to highlight some of the grave climate impacts that affect the region,” Dr Kat Kramer, Christian Aid‘s global climate lead, told BBC News. “But hopefully a Madrid summit will be able to keep those in mind. Credit should be given to the Spanish government for offering to help at such short notice considering these often take more than a year to organise.”

E3G policy adviser Jennifer Tollman, meanwhile, worried about those who had booked non-refundable tickets or made other hard-to-cancel plans.

“A lot of people sank a lot of money into this. For participants in developing countries this is a huge issue. Without support, this could impact participation by the global south,” Tollman told The Guardian.

More broadly, the protests that forced Chile to step away from hosting the conference show the importance of incorporating social justice into any plan for climate action.

“Climate policy has to be social policy. That’s what will be discussed inside and outside the negotiation rooms,” Tollman said.