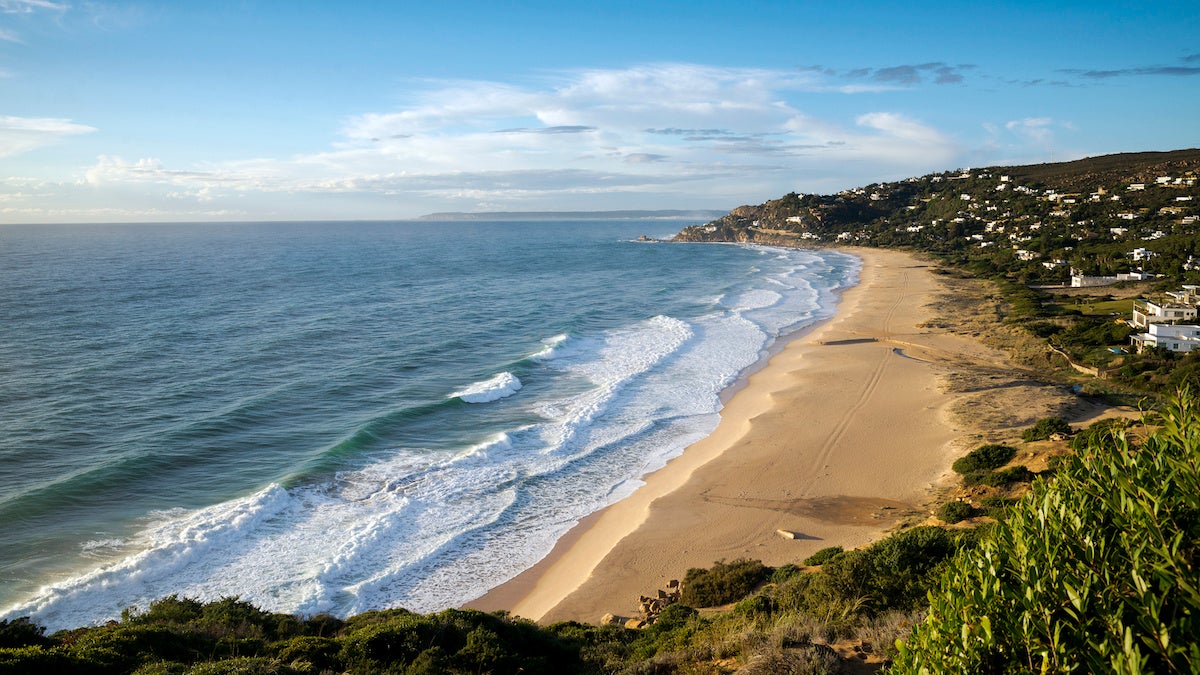 A beach near the town of Zahara de los Atunes near the city of Cádiz, Spain. inigoarza / Room / Getty Images

Spain is facing intense backlash after local officials sprayed bleach across 1.2 miles of beach near the town of Zahara de los Atunes on its southern coast, near Cádiz.

Local officials and the business association in the picturesque fishing village used tractors to spray a bleach solution onto beaches a day before Spain allowed children out of coronavirus lockdown for the first time since early March, the BBC reported.

“It’s totally absurd,” said María Dolores Iglesias Benítez. “The beach is a living ecosystem. And when you spray it down with bleach, you’re killing everything you come across,” reported The Guardian.

Iglesias Benítez heads the local association Trafalgar that protects the beaches and nearby dunes, which serve as breeding and nesting grounds for the Kentish plover as well as several other species of migratory birds, The Guardian said.

With no humans on the beach for the past six weeks, she had hoped the number of nests would double this year, The Guardian said. Instead, she’s dealing with an “environmental crime” that has left everything on the ground dead, even the insects, reported BBC.

“Bleach is used as a very powerful disinfectant, it is logical that it be used to disinfect streets and asphalt, but here the damage has been brutal,” the environmentalist said, reported The Guardian.

Questioning the decision behind the move, she added, “They have devastated the dune spaces and gone against all the rules,” The Guardian reported. “The virus lives in people, not on the beach. It is crazy.”

According to the regional Andalusian Government, the initiative did not have the requisite environmental and sanitary authorizations. The regional body will investigate and they have already voiced their criticism, demanding “a bit of good sense,” reported Spanish media elPeriódico.

“They do not think that this is a living ecosystem, but a lot of land,” Iglesias Benítez told elPeriódico. “The beach regenerates and cleans itself, it was not necessary.”

Trafalgar is considering going to court because they found at least one plover nest with eggs among the tractor tracks, reported elPeriódico. The plover is currently in full breeding season.

The public outcry against the fumigation caught the attention of many groups, including Greenpeace Spain.

Greenpeace reproached the decision on Twitter, comparing it to U.S. President Donald Trump’s suggestion to use bleach injections to stop coronavirus in humans. Greenpeace said, “Fumigating beaches in the middle of the breeding season for birds or the development of the invertebrate network that will support coastal fishing and destroy the tourist value of the coastline is not one of Trump’s ideas. It is happening in Zahara de los Atunes,” reported elPeriódico.

One local official has admitted that it was a “wrong move,” reported elPeriódico.

“I recognize it was an error,” said Agustín Conejo, president of the neighborhood board, to elPeriódico. “But it was done with the best of intentions” of protecting minors who might walk along the sea, he added.

Local ecologists are not fully convinced because of the long distance between the sprayed areas and where minors can access, reported elPeriódico. They think a local hotelier is trying to guarantee that the area is free of COVID-19 for upcoming lucrative summer tourist season.

With over 23,800 deaths, Spain has been badly affected by coronavirus. It recently announced a four-phase plan to lift its stringent lockdown measures and return to a “new normality” by the end of June, reported BBC.