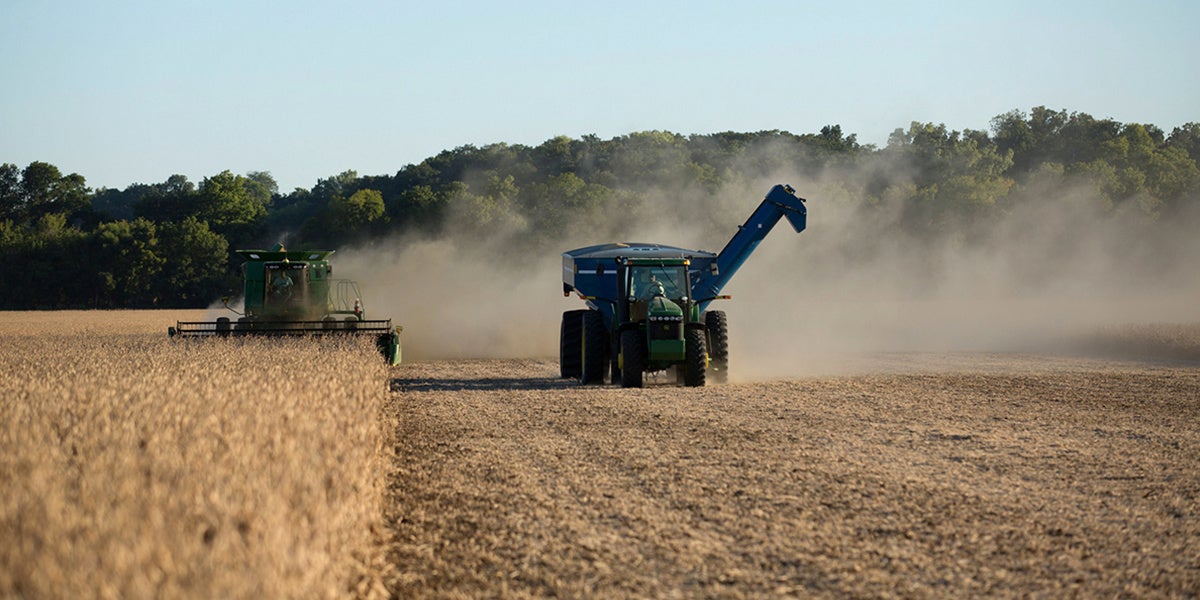 China’s plan to levy a 25 percent tariff on imports of U.S. soybeans may come as something of a surprise to most Americans. But to a professor of agricultural economics who studies international commodity markets for a living, this was not at all unexpected.

Even before the conclusion of the 2016 presidential race, trade analysts were already weighing the possibility that China might impose an embargo on U.S. soybean imports based on protectionist rhetoric from both candidates.

And now that risk of a trade war is reality, and American soybean farmers may be among the biggest losers.

Soybeans are a crucial part of the global food chain, particularly as a source of protein in the production of hogs and poultry.

In 2016, the U.S. accounted for US$22.8 billion worth of global soybean exports, the most of any country. Its nearest competitor is Brazil, which exported $21 billion.

Meanwhile, China accounts for the lion’s share of global soybean imports at $34 billion, or two-thirds of the total.

American exports made up about a third of that, or $12.4 billion, making soybeans the second-most valuable U.S. export to China after varieties of airplanes.

The importance of China as a market for soybeans has been driven by an explosion in demand for meat as consumers switch from a diet dominated by rice to one where pork, poultry and beef play an important part. Chinese production of meat from those three animals surged 250 percent from 1986 to 2012 and is projected to increase another 30 percent by the end of the current decade. However, China is unable to produce enough animal feed itself, hence the need to import soybeans from the U.S. and Brazil.

That’s why the tariffs have tremendous potential to hurt farmers here in Ohio, where soybeans are the number one agricultural export at $1.4 billion. China is the state’s largest export market.

And Ohio is just the sixth-largest exporter of soybeans, after Illinois, Iowa, Minnesota, Indiana and Nebraska, all of which will suffer from the tariffs.

Not only do farmers stand to lose out by giving up market share to Brazilian farmers, but soybean prices will probably fall as well, hurting incomes and creating a double whammy for Midwest farms. 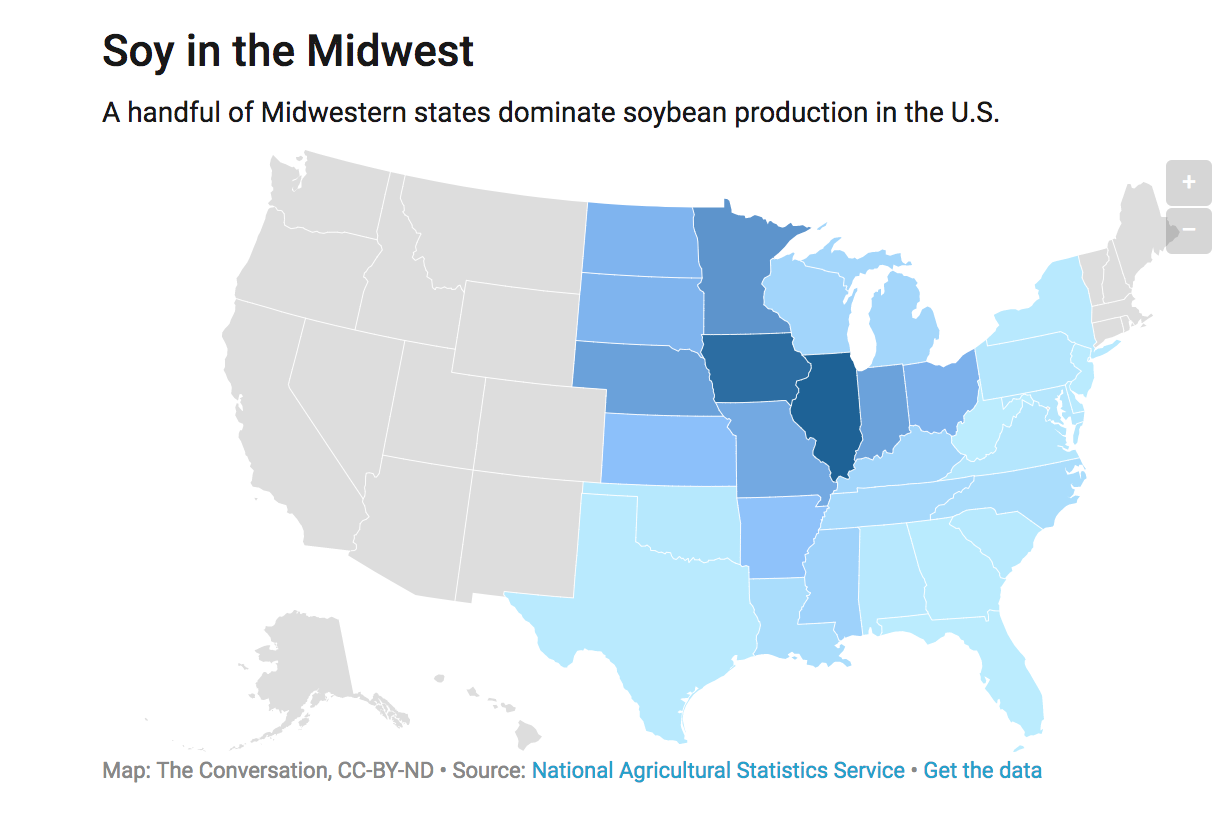 This is of course why the Chinese chose to place a tariff on U.S. soybeans in the first place. Farmers will hurt a lot, and soybeans are produced in states where many of them voted for Donald Trump. China’s hope, presumably, is that farmers will lobby the administration to step back from the brink of a trade war.