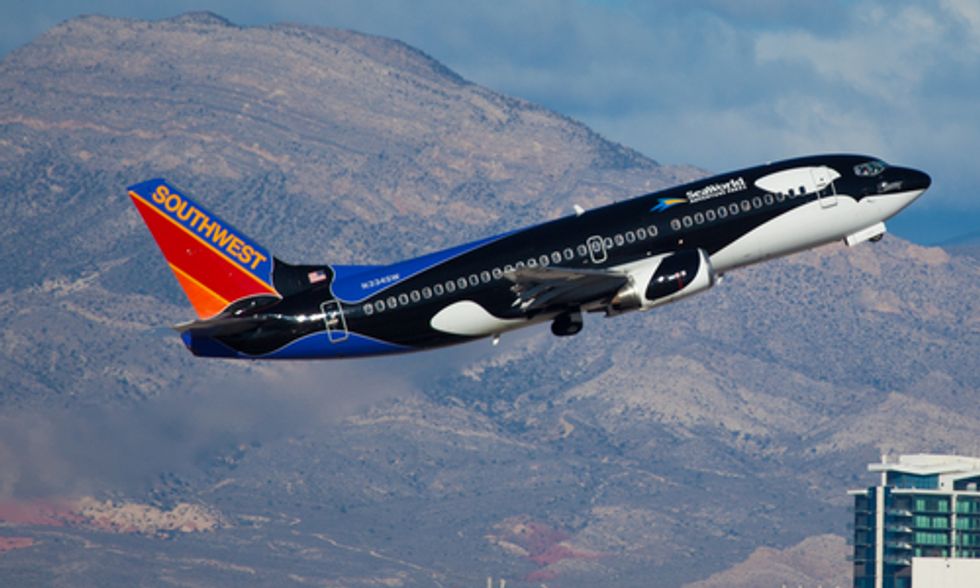 Southwest Airlines has announced yesterday that they will end their long-standing partnership with SeaWorld at the end of this year.

In January, Sea Shepherd called upon Southwest Airlines to end the 25-year partnership and remove SeaWorld marketing from their planes. We even proposed a partnership of our own, and showed the airlines how great their planes would look if, instead of SeaWorld’s imprisoned orcas, they sported Sea Shepherd’s Jolly Roger—a logo that represents protecting marine life, not exploiting it. Though it doesn’t sound like they’ll be taking us up on our offer just yet, we are happy to report Southwest listened to calls to end the relationship from activists worldwide and is going to be removing SeaWorld’s name and images from their planes.

The companies have stated that they came to a mutual decision to end their relationship, with Southwest calling it a “business decision” to direct their focus internationally. But based on the enormous positive response that Sea Shepherd received following our proposal to Southwest Airlines, and the ever-growing backlash against SeaWorld in the wake of the ground-breaking documentary Blackfish, it is almost certain that the concerns of the public about SeaWorld’s treatment of its captive animals played a deciding role in Southwest’s decision.

As Sea Shepherd’s Cove Guardians have documented time and time again in Taiji, Japan, there is bloodshed behind the aquarium industry. In Taiji, in the infamous cove, entire pods of dolphins and small whales are driven in by boats and either killed or separated from their family forever to become a performing spectacle in captivity. They’re sent not only to marine parks in Taiji but elsewhere around the globe. The captive selection occurs simultaneously to the slaughter, despite claims from Taiji officials and fisheries. It is undeniable–the captive marine mammal industry, of which SeaWorld is a key player, is inextricably linked to the killing of wild marine mammals.

Though SeaWorld emphasizes that they do not have animals from drive hunts like the one in Taiji, recently they quietly received a permit from the National Oceanic and Atmospheric Administration (NOAA) to import Kirara, a Pacific white-sided dolphin who was born in captivity in Japan, but whose wild parents were kidnapped from their ocean home. They will also obtain wild-caught beluga whales from Russia, if the Georgia Aquarium succeeds in their lawsuit against NOAA to import them into the U.S. and scatter them to various aquariums and parks. This is all in addition to the blood already on SeaWorld’s hands—a grim history of animals dying prematurely in their “care” and trainers being injured and even killed by stressed, desperate captive whales.

Sea Shepherd applauds Southwest Airlines’ decision to fly into a future that is becoming more and more possible—one in which tanks are empty and the oceans are full, in which the killing ends in Taiji because people will no longer support the captive industry that funded it, and in which cetaceans are finally left to swim freely in their ocean home with their families.