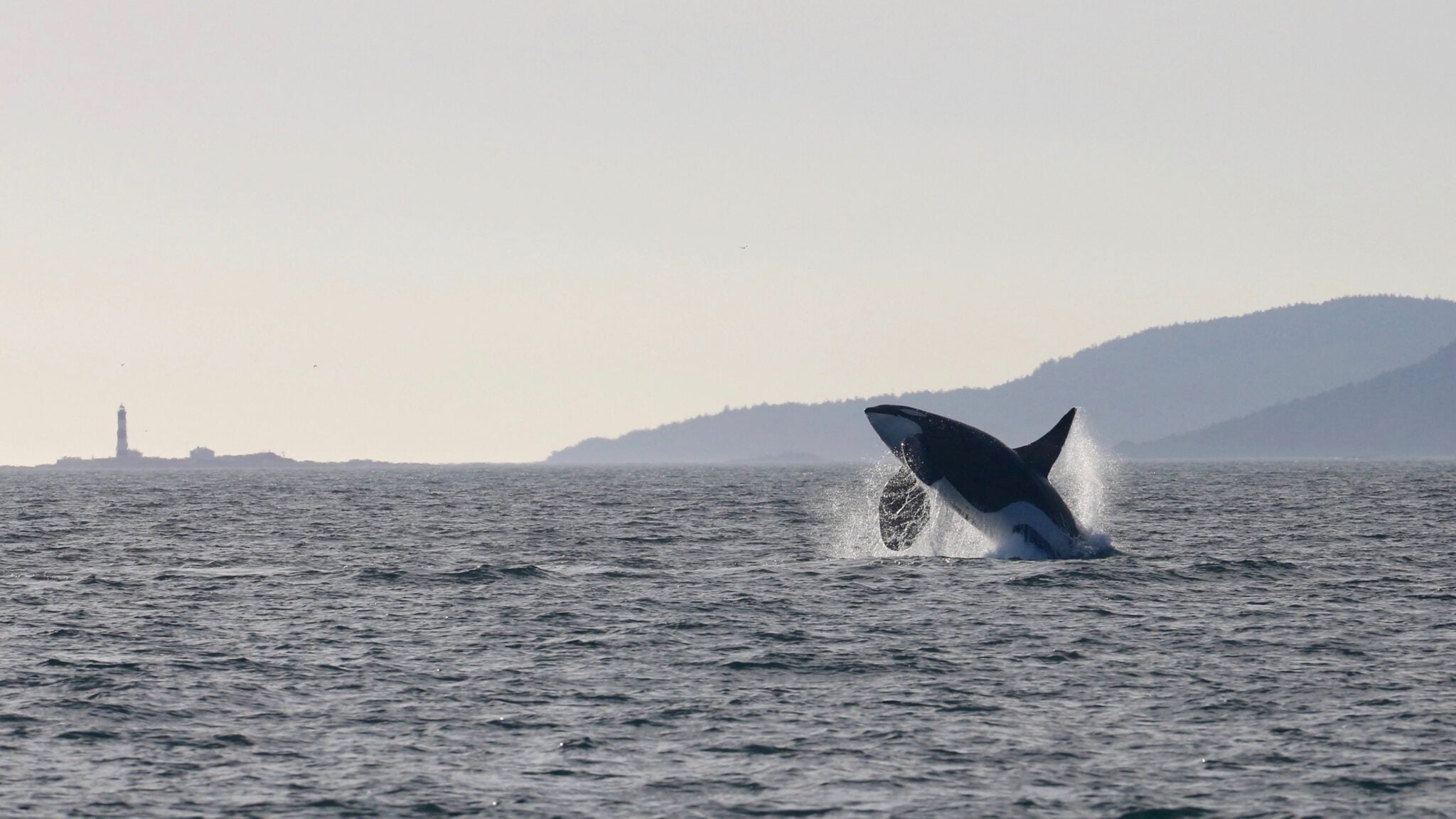 The oldest living male in the southern resident killer whale community, L41, seen above in the Strait of Juan de Fuca is missing and feared dead. MarkMalleson / iStock / Getty Images

Yet another endangered southern resident orca is missing, and researchers fear he is dead.

The whale, known as L41 or Mega, was the largest and oldest of all southern resident orca males. He was a significant member of the embattled group of killer whales who swim between the waters of Washington and Canada. He and another whale fathered most of the orcas born to the group after 1990, The Seattle Times reported. But when researchers encountered his family last Friday, he was not with them.

“He was just a really big personality, and a big whale, and of course he was an important member of his family,” Deborah Giles, a research scientist at the University of Washington’s Center for Conservation Biology and the research director of the nonprofit Wild Orca, told The Seattle Times. “I am going to miss seeing him.”

The news of L41’s disappearance came when the Center for Whale Research (CWR) reported its second orca encounter of 2020 on Jan. 24.

“Unfortunately, L41 was not present for the entire encounter. Given his age and that he looked a little thin in our January 2019 encounter, we fear he may be gone and will consider him missing unless he shows up unexpectedly in an upcoming encounter,” CWR staff member Dave Ellifrit wrote.

This was CWR’s first encounter with the L12s in inshore waters in over a year. Last year’s calf, L124, looked good and has a rather unique looking left saddle. Unfortunately, L41 was not present for the entire encounter. https://t.co/fKxipe5z5b pic.twitter.com/FP6MQSBUVN

Mega was last seen in August 2019 when he was photographed by Mark Malleson.

Mega was born in 1977 and fathered 21 calves. He was also a physically iconic whale, as The Seattle Times described:

He was a classically beautiful orca bull, with a towering dorsal fin, rising straight without a waver from his back. Big and powerful, he was easy to spot and the only adult male left in his immediate family. A nick on the trailing edge of his dorsal made him easily identifiable, along with his massive size, from a long distance.

If he is truly gone, it will bring the number of southern resident killer whales down to 72, the second-lowest since counting began 45 years ago. There were 71 recorded in 1976 during a time when a third of the whales were captured and sent to aquariums.

While killer whales around the world are doing well, the southern resident whales are threatened with extinction, CNN explained. This is due to a combination of factors including noise and shipping traffic, but the biggest threat faced by the species is the disappearance of chinook salmon, its chief food.

When the orcas have less salmon to eat, they rely on their stores of fat, which are filled with accumulated toxins that make the whales sick, Orca Conservancy President Shari Tarantino told CNN.

To address this problem, environmental advocates argue that the Snake River dams should be breached. One study found that if only four of 15 were removed, the population of salmon would double or triple.

“(Killer whales) are at the top of the food chain,” Tarantino told CNN. “So when they’re failing, everything beneath in the ecosystem is failing. That is a huge warning. It would be an absolute mess.”

However, there was a silver lining to Friday’s orca encounter. L124, a calf born last year and named Lucky, was present and looked healthy. It is a big deal for an orca calf to live a full year, The Seattle Times said.

And not everyone is convinced Mega is truly gone.

“I’m not buying it,” former whale-watch boat captain Hobbes Buchanan told The Seattle Times. “He may have wandered off to do his own thing, and will come back. I am totally just not giving up.”