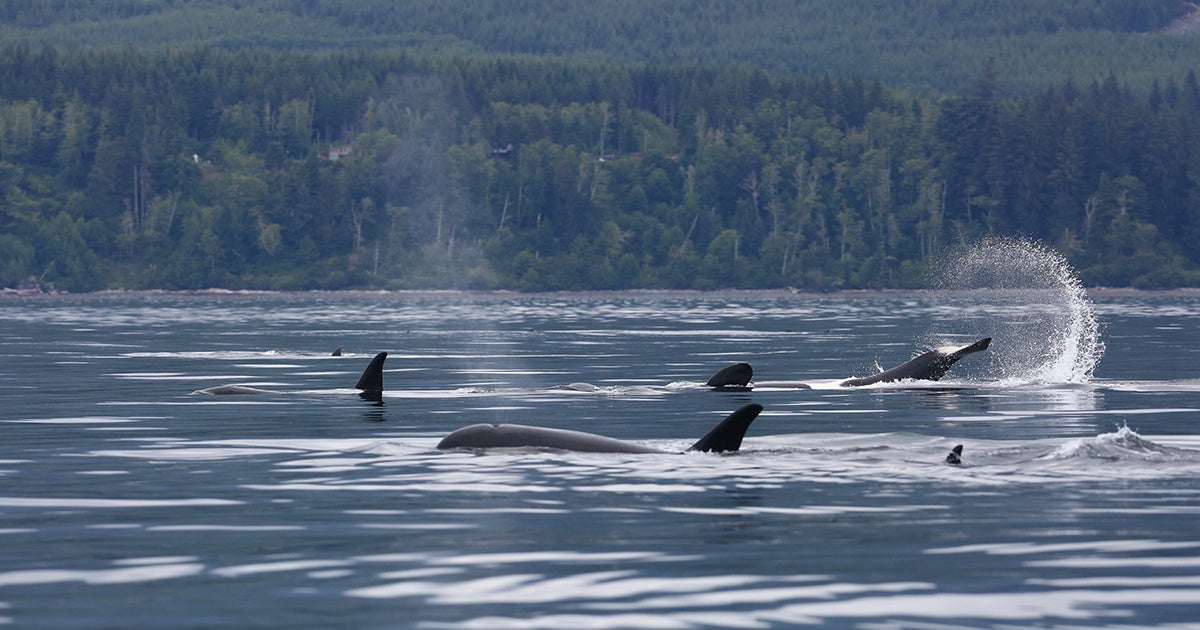 A second baby orca has been born to the imperiled southern resident killer whales in less than six months.

The calf was spotted by John Forde and Jennifer Steven of the Whale Centre, swimming with J Pod off the coast of Tofino, BC, CBC News reported.

“We were both really excited to see the calf was very orange and still had fetal folds,” Steven wrote on her website. She said they spotted the calf on Thursday and posted photos as proof.

The birth of the calf was confirmed by experts on both sides of the Canadian and U.S. border, as the whales roam the waters between Washington state and BC.

Fisheries and Oceans (DFO) Canada shared the news on Twitter.

We are happy to confirm that the newborn Southern Resident #KillerWhale calf spotted in Canadian Pacific waters near #TofinoBC will be the newest member of the Salish Sea’s J-Pod. pic.twitter.com/NN5t9g7a7A

The Washington-state-based Center for Whale Research, which is the official recorder of southern resident demographics, also confirmed the birth, The Seattle Times reported.

“Researchers at the CWR have confirmed that the calf is a new addition, and based on its coloration and body condition was likely born some time in the last 1 to 3 weeks,” the group wrote in a press release. “The calf was photographed in association with several J pod females, including J31, J46, and J40. More field observations are needed to confirm the identity of the calf’s mother.”

The birth comes around five months after a calf was born to L Pod in January. Since that calf is still alive, the new birth brings the southern resident population up to 76 whales. However, experts warn that only around 50 percent of orca calves survive their first year.

Until January, the southern resident killer whales had not given birth to a surviving baby since 2016. A calf born in the summer of 2018 lived only half an hour. Its mother, Tahlequah, then carried the body for a heartbreaking 17 days, bringing international attention to the whales’ plight.

The southern resident killer whale population is currently at a 30-year low, CBC News reported. This is largely due to a drop in their primary food source: Chinook salmon. In December of 2018, Washington Gov. Jay Inslee announced a plan to boost the population of both whales and salmon.

Donna Sandstrom, a member of the Governor’s Task Force on Whale Recovery, called the sighting “a ray of hope” in an email to The Seattle Times.