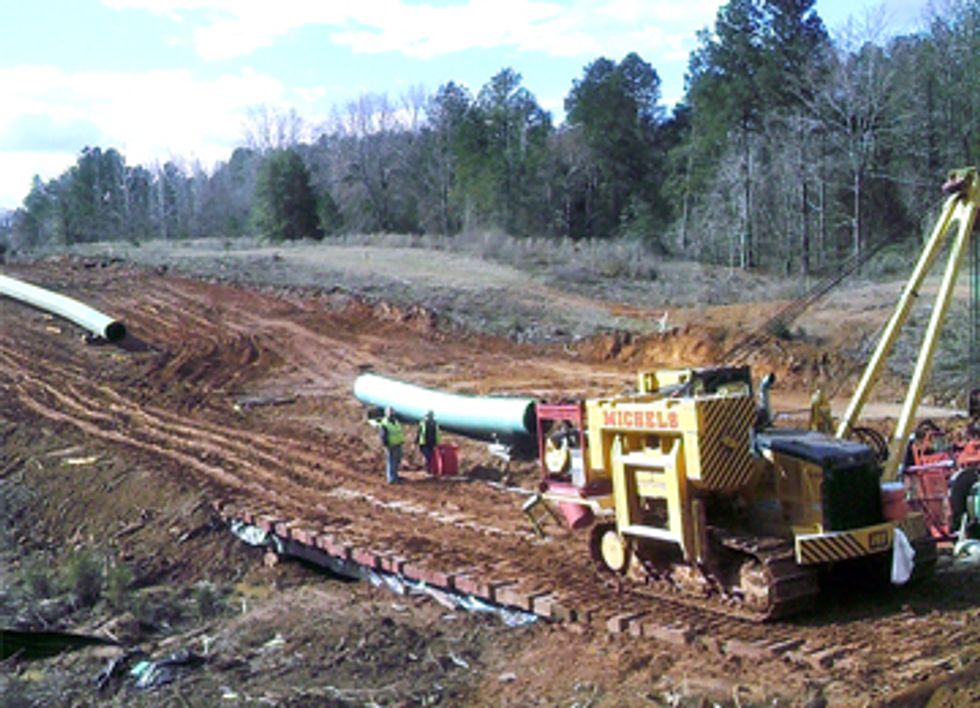 I had a chance to read FAIL: How the Keystone XL Tar Sands Pipeline Flunks the Climate Test, a recent report issued by the Sierra Club and Oil Change International and endorsed by a dozen other environmental organizations. The 17-page report makes a rock solid case that "constructing Keystone XL will lead to tar sands industry expansion, and tar sands industry expansion will significantly exacerbate climate pollution. "

The report documents how the Keystone XL would be a pipeline through the U.S. by delivering toxic tar sands to Gulf Coast refineries, thereby opening the floodgates for Canada's dirty energy to be exported overseas.

What the report fails to mention, however, is the central fact that it is the 485-mile southern leg of Keystone XL already being constructed in Texas and Oklahoma—not the pipeline's proposed northern leg—that will give TransCanada strategic access to these U.S. coastal ports.

Here's the inconvenient truth about the Keystone XL: TransCanada does not need the pipeline's northern leg to begin pumping hundreds of thousands of barrels of toxic tar sands daily through America's breadbasket for export overseas. This map shows how they will accomplish this by simply connecting Keystone XL's southern leg to Keystone I (the orange line on the map) built by TransCanada in 2010.

Sierra Club Executive Director Michael Brune is right to describe the Keystone XL as "a test of the president's commitment" to combating climate change. But the test isn't being given in 2014 over whether Obama approves or rejects a permit for the pipeline's northern leg. The test is being administered right now in Texas and Oklahoma, where the Keystone XL's 485-mile southern leg is already 90 percent constructed and scheduled to go online by late this year or early next.

Here are some key findings of the FAIL report:

To borrow a phrase from the report, the question that climate protection demands we ask is this: if "from a climate perspective it is indefensible for the U.S. government to approve [a presidential permit for] this project, in light of the future implications it would have for accelerating the growth of one of the most polluting fuels on the planet," is it not magnitudes more indefensible for the president to have approved the actual construction of this same project in Texas and Oklahoma? Why does the report fail to address this key point?

The dire findings of the FAIL report—that "Keystone XL is key to unlocking massive expansion of one of the world's most carbon-intensive sources of oil, an environmental Armageddon"—cry out for its authors to demand that President Obama stop the construction of Keystone's southern leg, before it is too late. But for the fearless resistance of local landowners, and the heroic efforts of the Tar Sands Blockade and Great Plains Tar Sands Resistance, toxic tar sands might already be surging through the Keystone pipeline to Gulf Coast port refineries. In the words of one of those landowners, Michael Bishop: "You should not be swatting at flies where there is a lion outside your door."

The FAIL report seals the deal on why President Obama must immediately reverse course and pull the plug on the construction of this 485-mile climate disaster. But this requires an environmental movement unified behind this demand.

Yes, we must also block the permit for Keystone's northern leg, which would allow even more toxic tar sands to flow across America, but no one is going to buy that as a victory if TransCanada succeeds in getting their southern leg linchpin in place. If the climate movement fails to draw a line in the sand against Keystone XL in Texas and Oklahoma—and this tar sands nightmare is allowed to go online—we will all have flunked the climate test.