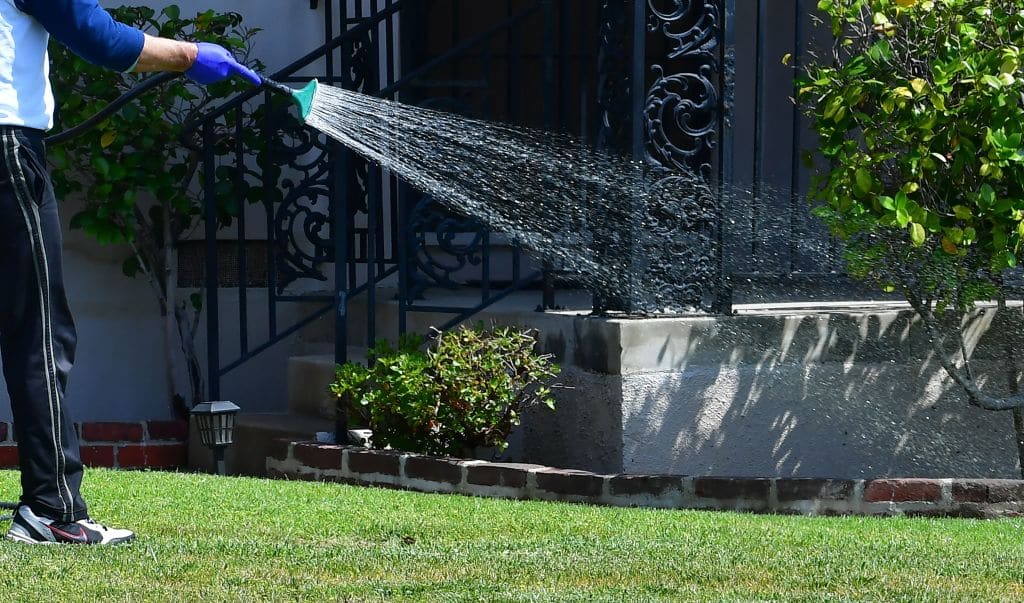 In an unprecedented move, California officials are ordering residents and businesses in three Southern California counties to limit their outdoor water use to one day a week.

The restrictions will go into effect June 1 and impact millions of people living in Los Angeles, Ventura and San Bernardino counties. The move comes as the U.S. West is in the midst of a worst-in-1,200-years megadrought that scientists say has been made 42 percent more extreme because of the climate crisis.

“This is a crisis. This is unprecedented. We have never done anything like this before and because we haven’t seen this situation happen like this before, we don’t have enough water to meet normal demands for the six million people living in the State Water Project dependent areas,” Metropolitan Water District of Southern California general manager Adel Hagekhalil said, as CNN reported.

The State Water Project is a system of canals, pipelines, dams and reservoirs that carries water from the Sacramento-San Joaquin River Delta to 27 million people and 750,000 acres of farmland, The Guardian reported. On Tuesday, the Metropolitan Water District of Southern California declared a “Water Shortage Emergency Condition” for everyone served by this project, according to a memo.

“[D]ue to the depth and duration of the current drought, Metropolitan cannot meet normal demands in the SWP Dependent Area with existing resources,” the district wrote.

Anyone violating the restrictions will be fined $2,000 per acre-foot of excess water used, The Washington Post reported. Overall, people in Southern California are being asked to reduce their water use by 20 to 30 percent.

California experienced its driest January to March on record “by a huge margin,” according to the National Weather Service.

As a result, snowpack in the Sierra Nevada is only 38 percent of normal levels, CNN reported. The winter is normally California’s wettest season, so the abnormally dry weather caused the State Water Project to reduce its allocation from 15 percent to five percent, the Los Angeles Times reported.

If conditions don’t improve in the state, restrictions could get even stricter by September.

“If we don’t see cutbacks, or conditions do not get better, the Metropolitan board has given me the authority to ban all watering as soon as Sept. 1,” Hagekhalil said Wednesday, as the Los Angeles Times reported. “We know what this means to communities, we know what we are requiring here, but we’re facing a challenge. We do not have the supply to meet the normal demands that we have.”