Bye-Bye Beaches: How Parts of SoCal’s Iconic Coast Could Disappear in Our Lifetime 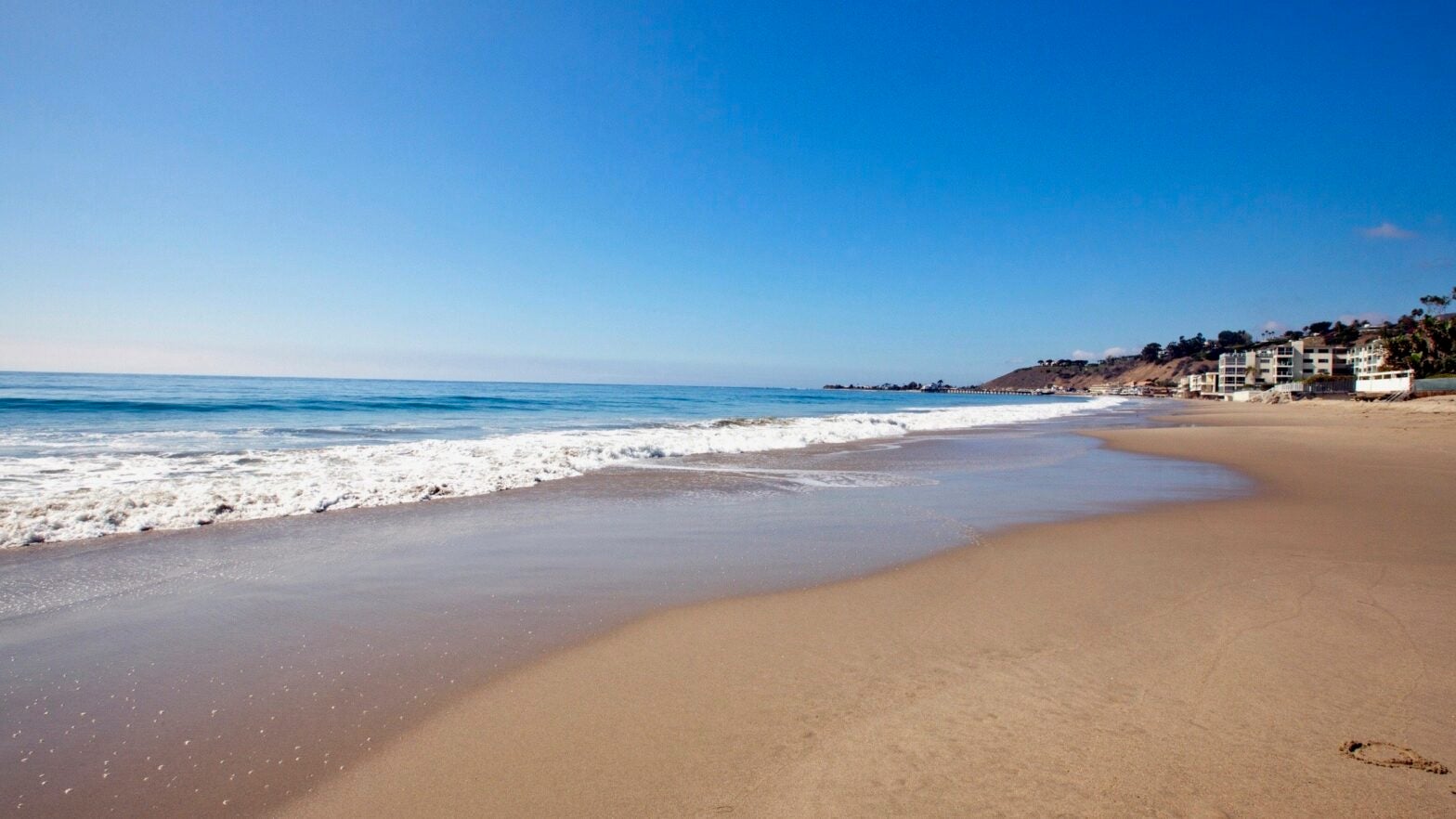 Malibu's Carbon Beach, also known as 'Billionaires Beach' is one of the most exclusive enclaves in the world. Geri Lavrov / Photographer's Choice RF / Getty Images

The stretch of coast from Santa Monica to Malibu is iconic and quintessentially Californian. It’s also ridiculously beautiful — and it’s clear, based on the latest science, it could be unrecognizable by the end of the century.

As the planet warms, sea levels will continue to rise, threatening some of our most beloved stretches of coastline.

I was lucky enough to spend a lot of time on those beaches. Raised in the San Fernando Valley, I used to head over the hill in my friend’s baby blue VW bus, or my mom’s minivan, to surf Topanga or Malibu on my 9’8 Kennedy longboard. It was and still is an amazing escape from the traffic, heat and urban sprawl of the Valley.

I wanted to know exactly what climate change could mean for our beach-going experience through the end of the century, so I reached out to scientists and stakeholders to find out what they know.

Here are the challenges — and some solutions.

A few feet of sea level rise might not sound very alarming, but every vertical foot could mean roughly 20 feet farther that the ocean encroaches inland (depending on a lot of factors, like the slope of the coastline), according to Patrick Barnard, a research scientist at the US Geological Survey.

The state’s 2018 sea level rise guidance laid out different scenarios based on how much we curb our greenhouse gas emissions.

As a precaution, the report recommends that state officials anticipate 10 feet of rise when building crucial infrastructure along the coast.

Keep in mind some researchers think we’ve been underestimating just how bad things could get.

And areas like Malibu could be threatened in the coming decades.

“I mean these are very, very narrow beaches. They’re already having lots of issues, and just a bit of sea level rise and they’re going to be completely gone,” said Barnard, adding that Malibu could see a major loss of its beaches in the coming decades.

Our coastline is always changing, but as sea levels rise and intense storm surges (potentially) become more common, there’s conflict between natural processes and the parts of our coast we want to save.

“But when sea level rises and we draw a line in the sand and say, ‘This is the beach and these are my homes,’ we have a problem,” she said.

When water encroaches and beaches have nowhere to go, because we decide to protect infrastructure and homes, we’re likely going to lose those beaches.Beaches like Santa Monica that have been widened with massive amounts of sediment could hold up with regular additions of sand, at least for a period of time.

Here’s a visualization of what rising sea levels could theoretically look like from the pier:

Caltrans just released its vulnerability assessments for our region, and they’re particularly bleak for our coast. There’s not much area between the ocean and the hills in many spots. Really, much of it’s just homes and critical infrastructure, like PCH. Which means that in some places we’re going to have to decide between one or the other.

“There can be situations where if we’re using shoreline protection to protect private residential development, that might be coming at the expense of a public beach area. And that’s going to be a huge environmental justice issue,” said Madeline Cavaleri, statewide planning manager for the California Coastal Commission. “We don’t know how this is going to play out.”

Surfing Could Take a (Duck) Dive

I talked to Dan Reineman, a professor at Cal State Channel Islands who’s studied the impact of sea level rise on waves.

He said that at three feet, Malibu’s waves could get mushy. Surfers already experience that at high tide. With sea level rise it would be like it’s high tide all the time.

That said, it’s more complicated than just plunking down additional water on top of a break. How we manage our coasts and sediment flow will all impact what we experience on shore.

“Whether you are armoring the sea cliffs or damming the rivers, that’ll have ramifications all of the way down the coast, because that is where the sand is coming from,” said Patsch.

That could mean that if we decide to stick sea walls and big piles of rocks up and down our coast to protect what’s there, surf spots could suffer, too.

That could, “pull the sand offshore and downshore, so it’ll get deeper offshore. Waves break because they start to interact with the bottom, so when it’s deeper you lose your surf break,” she said.

Derek Grimes, a Ph.D. student in physical oceanography at Scripps, noted that while the transport of sediment could negatively impact Malibu’s beaches, we don’t know how it could impact other breaks up and down the coast. It’s possible that new, sought-after spots will pop up.

Grimes told me he’s seen that happen off the coast of North Carolina when the bottom of channels are dredged for ships.

What We Do Matters

The good news is that everything we love about our coast is not going to disappear overnight. And we’ll have the opportunity to decide how we want to manage things going forward.

Some sea level rise is already baked in, but at a very high level, curbing our emissions worldwide would certainly help.

This story originally appeared in LAist. It is republished here as part of EcoWatch’s partnership with Covering Climate Now, a global collaboration of more than 250 news outlets to strengthen coverage of the climate story.