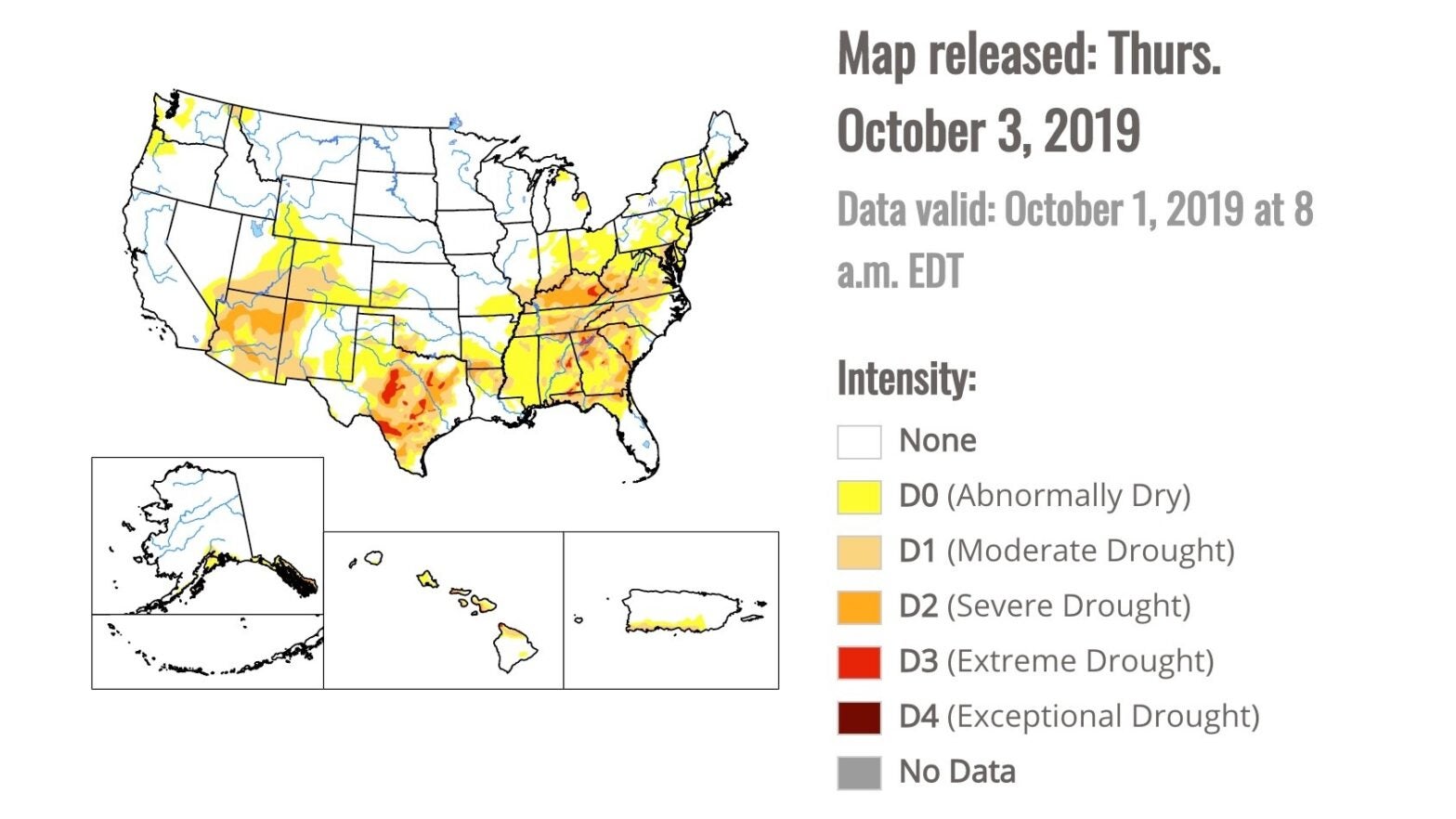 While the northern reaches of the continental U.S. are finally starting to feel a little chill, the Southeast is dealing with something very different.

The United States Drought Monitor releases an update once a week with a map of the drought situation across the country. Its report this week echoes what farmers in the Southeast have been saying: We have a problem.

According to the Drought Monitor, the Southeast is enduring temperatures between nine and twelve degrees above normal. From Virginia through Northern Florida, and especially in states such as Kentucky and Georgia, temperatures are reaching record highs. Chattanooga, Tennessee hit its highest temperature ever for this week, breaking 100 degrees Fahrenheit. It’s the same story for Raleigh-Durham, North Carolina: 100 degrees in October, something the area has never before recorded.

For much of the region, the Drought Monitor says the conditions are a moderate drought at minimum. Large chunks are much worse than that, rating as a “severe” drought, with some pockets even hitting a bright-red “extreme” drought level. “Outside of coastal areas impacted by recent tropical weather, almost the entire region is abnormally dry or worse,” reads this week’s report.

Agriculture, according to the Chattanooga Times Free Press, is struggling in the Southeast as well. At the “severe” drought level, corn pretty much shrivels and dies. Rivers are shriveled, which makes it difficult to transport agricultural goods via barge. Grass is essentially dead, which means that those with grazing livestock have to spend money on hay, as well as, of course, water. And, as WFPL notes, even if farmers can get in to harvest their corn or soy crops, the weather stress makes them fetch lower prices than usual.

There will, according to weather predictions from the Drought Monitor, hopefully be some precipitation soon, at least in the parts of the Southeast that border the Midwest. But there’s no guarantee, and it may be too late at a crucial time of the year for farmers.