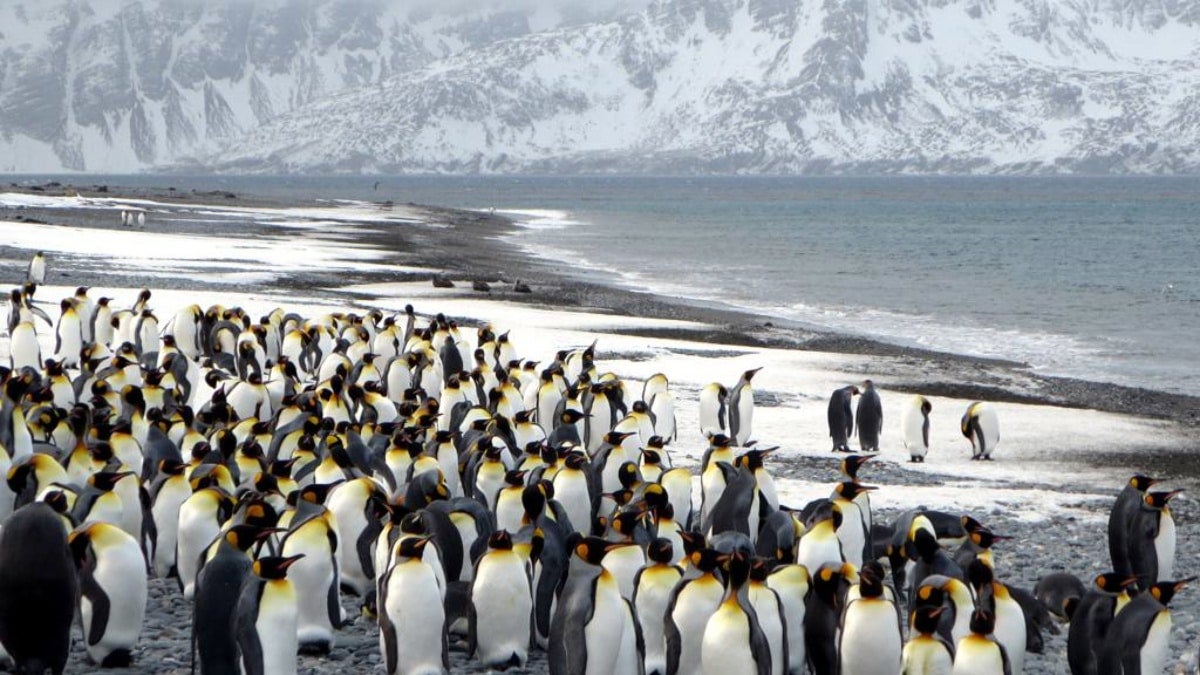 The world’s largest iceberg could collide with South Georgia Island, posing a major risk to the wildlife that call it home.

The iceberg, dubbed A68a, broke off from Antarctica‘s Larsen C ice shelf in 2017. After three years at sea, it is now approaching South Georgia Island, where it could run aground. This would block seals and penguins from foraging in open water, British Antarctic Survey (BAS) ecologist Professor Geraint Tarling explained in a press release.

“When you’re talking about penguins and seals during the period that’s really crucial to them – during pup- and chick-rearing – the actual distance they have to travel to find food (fish and krill) really matters,” Tarling said. “If they have to do a big detour, it means they’re not going to get back to their young in time to prevent them starving to death in the interim.”

A68a iceberg heads towards #SouthGeorgia – The iceberg is the size of the UK county of Somerset and if it becomes grounded near the island it could cause disruption to local wildlife that forage in the ocean: https://t.co/xMDwHVaczS

The iceberg is now approximately 311 miles away from the island and roughly the same size, The Guardian reported. It is currently headed directly toward the island, according to the BAS.

This is a common route for icebergs that break off from Antarctica to take, BBC News explained. Currents carry the icebergs north, where they catch on the continental shelf surrounding the island. Because A68a only extends around 656 feet below the waterline, it could advance quite far before getting stuck.

If that happens, Tarling told the BAS the iceberg could be stuck for up to 10 years, increasing its impact on wildlife. The last time an iceberg ran aground off South Georgia, in 2004, large numbers of dead seal pups and penguin chicks were found on local beaches, BBC News reported.

The iceberg could also harm ecosystems on the bottom of the ocean.

“It scrapes along the seafloor and affects those communities of animals there,” Australian Antarctic Program Partnership glaciologist Dr. Sue Cook told The Guardian.

The grounding could also have human impacts. Cook told The Guardian it could impede shipping, while BBC News reported the iceberg could disrupt the island’s fishing industry.

However, it is still unclear if the iceberg will stick.

“Whether it grounds and gets stuck or drifts past the island is in the balance,” BAS remote-sensing and mapping specialist Dr. Peter Fretwell said in the press release. “The currents should take it on what looks like a strange loop around the south end of South Georgia, before then spinning it along the edge of the continental shelf and back off to the northwest. But it’s very difficult to say precisely what will happen.”

If it does stay in the ocean, it could actually help local wildlife, Tarling explained. The dust it carries would fertilize plankton, which supports the entire food web. Plankton also draws carbon dioxide out of the atmosphere, helping to combat the climate crisis.

A68a is what is left of iceberg A68, which broke off from the Larsen C ice shelf in July of 2017, according to The Guardian. At the time, it was larger than the country of Luxembourg at roughly 109 miles long and 31 miles wide. After losing a chunk, it was renamed A68a and is now about 93 miles long and 30 miles wide.

Cook told The Guardian that it was normal for Antarctica to calve icebergs and that A86a was not extraordinarily large. However, there have been concerns that the Larsen C ice shelf could disintegrate.

“This is happening in a region where there’s a lot of change,” Cook said.

Correction: An earlier version of this story said that South Georgia Island was in Antarctica. It is not.