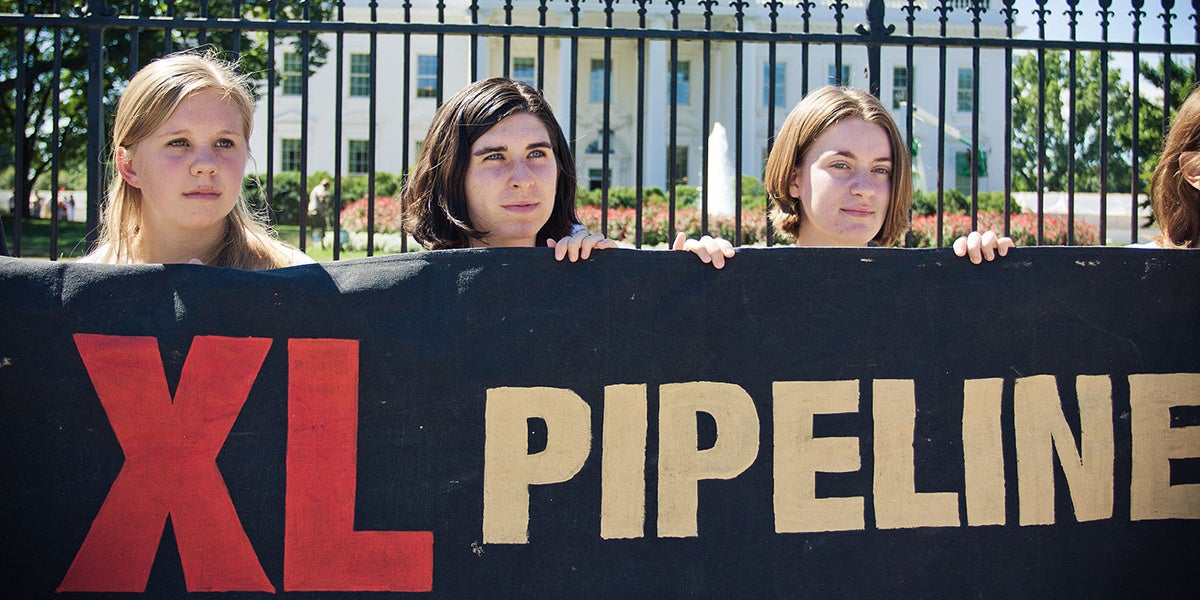 The South Dakota Supreme Court disappointed an attempt by Native American tribes and state activists to block the Keystone XL pipeline on Wednesday, ruling that the lower court lacked jurisdiction to hear their appeal, The Associated Press reported.

Dakota Rural Action attorney Robin Martinez called the decision “disappointing” on Thursday but affirmed that “fight is not over,” The Associated Press reported further.

Terry Cunha, the spokesperson for TransCanada Corp., the company behind the pipeline, told The Associated Press in an email that the company was pleased with the court’s decision.

TransCanada was in the news just last week when one of its natural gas pipelines exploded in West Virginia.

Its Keystone XL pipeline would transport as many as 830,000 barrels of Canadian crude oil daily through Montana, South Dakota and Nebraska, where it would hook up with pipelines taking oil to refineries in the Gulf of Mexico.

Activists thought they had defeated the pipeline when former president Barack Obama rejected it in 2015, partly over concerns about its contribution to climate change. But President Donald Trump resurrected it with an executive order days into his presidency. TransCanada now hopes to start construction in the beginning of 2019, according to The Associated Press.

The South Dakota appeal wasn’t the only play made by pipeline opponents to block Trump’s decision. Environmental groups have sued the administration over the decision to approve the pipeline, and Nebraska land owners have also sued over their state’s Public Service Commission’s decision to sign-off on the pipeline’s proposed path, The Associated Press reported.

In an attempt to further frustrate the pipeline’s progress, Nebraska land owners Art and Helen Tanderup signed over a 1.6 acre plot of their land to the Ponca Indian Tribe on Sunday, according to The Associated Press.

The piece of land both sits on the pipeline’s route and has been used by the tribe to plant sacred corn for the last five years.

“What the impact will be, I don’t know,” Tanderup told The Associated Press. “But now, they’ll have a voice in this issue. They will be a player at the table.”

Ponca Tribe of Nebraska attorney Brad Jolly told The Associated Press he was not sure if deeding the land to the tribe would provide a legal avenue to stop the pipeline. He said he was still focused on the ongoing Nebraska suit against the pipeline’s approval.