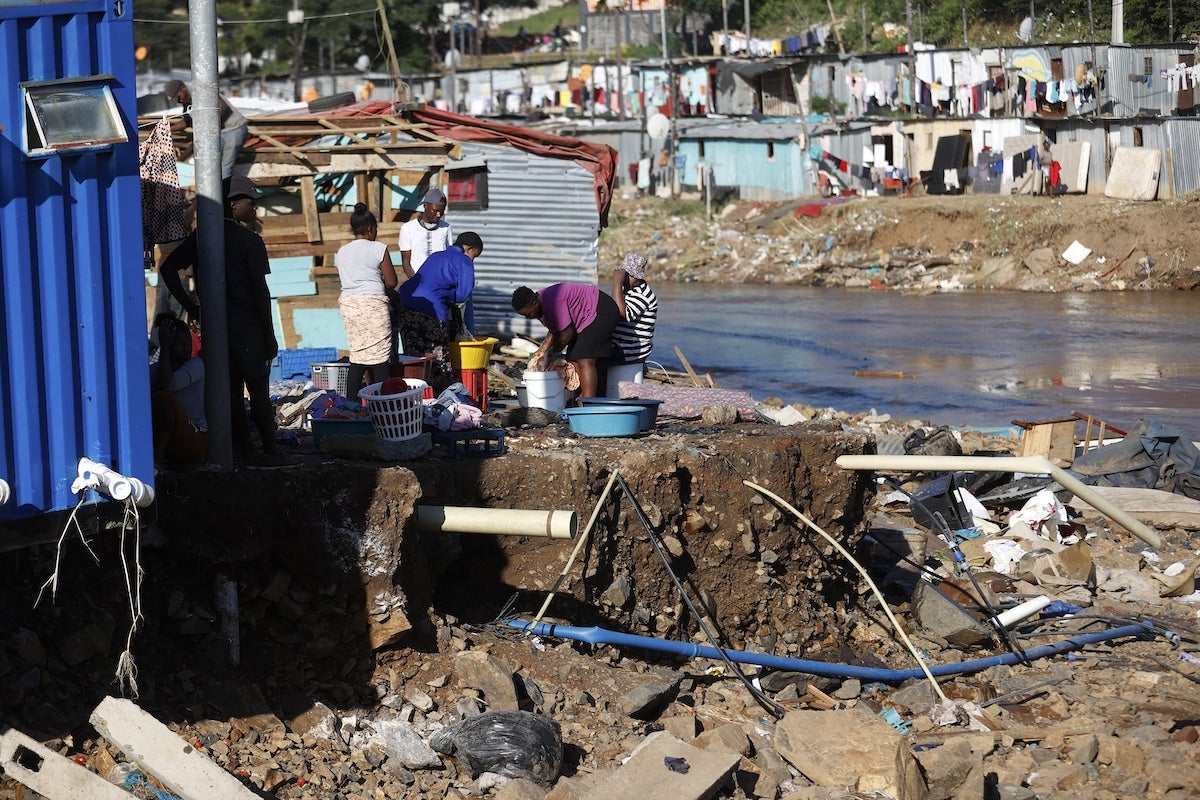 Residents in Durban, South Africa rebuild on April 14, 2022 after the deadliest storm in the nation’s history. PHILL MAGAKOE / AFP via Getty Images

At least 306 people have died after the heaviest rainfall in 60 years caused devastating flooding around the South African city of Durban.

That number makes the storm the deadliest in South African history, according to calculations by AFP.

“This is a catastrophe of enormous proportions,” South African president Cyril Ramaphosa said when speaking to a community impacted by the flooding, as AFP reported.

The flooding began early in the week in the South African province of KwaZulu-Natal, Reuters reported. The extreme rainfall lasted three days, with some places seeing more than a foot of precipitation and others receiving six-months of rain in one day, CBS News reported.

“[T]he Province of KwaZulu-Natal experienced what is one of the worst weather storms in the history of our country,” the provincial government wrote on Facebook. “The heavy rainfall that has descended on our land over the past few days, has wreaked untold havoc and unleashed massive damage to lives and infrastructure.”

The rainfall led to mudslides that destroyed homes and bridges and blocked roadways, CBS News reported. The storm also downed 900 cell towers belonging to two major networks. Emergency workers were still unable to access some remote areas by Thursday to perform rescues. All told, the regional government estimated that the storm had caused more than $100 million worth of damage. The province will receive funding, as it will be declared a disaster zone.

But some of the loss can never be calculated. One man named Nonkululeko Mdlalose told the president that he had lost 10 family members when the waters rose Monday night. Another man named Meli Sokela said he lost his child when his house collapsed in the flood.

“My neighbours, they tried to assist me, it took two hours. After two hours I survived but unfortunately my child did not survive,” he said, as Reuters reported.

The storm comes as a study found that the climate crisis made a series of southern African storms in the first part of 2022 wetter than they would have been otherwise, as BBC News reported. Within a six-week period, the region was inundated with three cyclones and two tropical storms.

“The rainfall associated with such storms has become more likely and more intense,” Dr. Friederike Otto from Imperial College London said, as BBC News reported. “What we can say for sure is, the damages of such storms have become worse.”

“This disaster is part of climate change,” Ramaphosa said, as The Guardian reported. “We no longer can postpone what we need to do… to deal with climate change. It is here, and our disaster management capability needs to be at a higher level.”